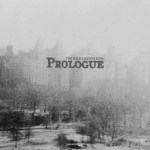 Where are you both from?

Joey: We’re from Los Angeles, California, born and raised. That’s where we met.

Did you guys go to school together?

Joey: No, we didn’t meet until we became adults and moved backed to LA and were sort of pursuing a musical career as solo artists. Played a lot of the same places around there and happened upon each other.

Where’d you move from?

Joey: I guess maybe Kenneth was always in or near LA. I went to UC Berkeley up here in the Bay Area and moved back after college.

Kenneth: (to Joey) You sound very old with your cold voice.

Joey: Just sick. I’ll try to young it up.

What or who has influenced you both to play music?

Joey: I think there’s some sort of weird, deep seeded psychological compulsion to do it. I definitely, personally, wouldn’t do it if I didn’t feel that compulsion. Like it was something that I had to do and there was nothing else that would make me happy cause it’s definitely not the easiest thing other than just the pleasure and fulfillment you get out of the creativity of it. I don’t know what causes that, whatever it is I’d like to know and get rid of it.

Kenneth: I’m with Joe, but I think Joe is alluding the question a little bit. But you know the normal stuff… no not really I got obsessed with big band jazz for a little while, a lot of Tom Waits, a lot of just singular song writers. The Joe Henry’s, John Prines’s, and Lucinda Williams’ of the world. The Brendan Hines was a big influence, who happens to be opening for us, and continues to be one.

Have you both always played the guitar?

Joey: No as a little kid I played piano for a couple years and growing up I played the clarinet, and picked up the guitar not until the end or middle of my college years. Kenneth was a classical cellist all growing up and then picked up about 18 other instruments along the way somehow.

Kenneth: That’s true. Joey was a dork who walked around with the clarinet during high school so then he decided to pick up the guitar and just look like a dork without the clarinet.

Joey: Yeah clarinet doesn’t have the same effect on people as the guitar does.

Do you write a lot of your songs while on the road?

Kenneth: (about Joey) He’s writing a song right now on the phone as we speak… – no hardly ever. We very recently started to spend some time in-between sound check and shows sort of just taking note of different musical ideas that come up, but largely when you’re touring the time is so strict just as far as the time-table of the evening that it’s often hard to find very much time at all to really focus and do anything. Instead, all the writing for this last album came during a hiatus where we were preparing to record the tracks that would become our first album. We had a lot of time and instead of rehearsing a lot of the songs that already existed we spent the majority of it writing the nine new songs that then appeared on the second album/the first studio album.

Oh, well it’s just that there are a lot of place names mentioned in your songs.

Joey: Well [Kenneth] described it pretty well a couple days ago. I remember someone asked saying “why so many place names in the songs?” -I think one of the most poignant things that [Kenneth] said about it was it sort of provides a backdrop and some physical imagery and a place in which the characters in the song can take shape and kind of form their story and go through whatever trials and emotions they’re gonna go through, and it provides a real nice backdrop for the characters lives. Also, each of the places that we’ve mentioned in songs are so loaded with connotation in terms of what each of those places stands for.

Kenneth: I of course said it much more eloquently than that, but it was a good idea.

Joey: That was my best paraphrase.

What is each of your favorite song off Prologue?

Kenneth: Uhh boy… all of them.

Joey: They all sound so great.

Kenneth: They sound terrible… No uh, if you had a gun to my head, which is actually one of my fantasies while l’m listening to my own music because it’s so conflicted an idea.  …That’s a joke. Uhm, maybe “Stealing Romance” I think. For me, the music and the lyrics were maybe one of the more ambitious undertakings musically, of late, and I thought that we knocked it out of the park so I was real pleased with that one.

Joey: Yeah that’s a good one.

Kenneth: Joe likes that one too.

Joey: No one’s ever asked that. I’ve never considered it, but I guess one thing that I do like about the record is that it plays nicely as a full album and one of the things we’ve been doing is giving it away for a free download on our website. That’s a decision we made early on to just give all of our music away for free, and one of the things that accomplishes, which i think is really valuable is that, of the 70,000 people that have downloaded it, all those people have the entire album. Which is so much more preferable to us than all those people having selected 3 or 4 songs to download from somewhere, and not really having the full picture of what it was that we endeavored to create with the album. And they also get the liner notes and the artwork and everything that we spent a lot of time putting together in order to present a complete artistic package. By giving it away the way that we’re doing, we’re making sure that everyone gets the whole thing, which is not so common anymore.

Were either of you trained vocally?

Kenneth: No quite the opposite. We were detrained vocally. No I’m kidding.

Joey: Both of us are self-taught. Both on guitar and vocals.

Kenneth: But last night there was a vocal coach over for dinner at my house who’d seen a show a few days before and marveled at some of the acrobatics that I achieved with my voice.

Joey: (to Kenneth) Is that true?

Kenneth: Well, Yes it is true, but I realized I said that very pompously. I wasn’t proud of that, I was excited to hear someone professionally muse about that and ask me if I could never not do it. I think it was like a business question for him. He was sort of probably banking that I couldn’t do it all the time, but uh, I can.

What were you doing?

Kenneth: There’s a part in a song that I sing very high and it goes from like a full body voice to a falsetto, but it’s meant to be one continuous melody and that I guess stuck out in his mind at the show and wondered if i was able to pull that off every show. I can. “Rock & Roll ‘er” the first line.

Joey: Yeah, that is impressive.

Kenneth: Well, I told the vocal coach it was 100% so you better keep my secret.

Joey: No, I’m sure you do achieve the effect every time

What bands/artists are you into right now?

Joey: My favorite new discovery, sort of, we made on the road, I guess it was her sophomore album that came out last year was Sarah Jarosz. She’s this, I guess, bluegrass phenom type of girl. She’s a banjo player, but mostly a mandolin picker with the most beautiful voice as clear as a bell, and both of us, especially I, fell in love with her record over the course of last years touring. Another record, in the beginning of the year, by a guy called Trevor Manear is one that we really enjoyed on the road this year.

Kenneth: Yeah we liked those two. Honestly, I don’t listen to a lot of music; truthfully.

Kenneth: But those two are great. We’ve taken a lot of people on the road with us this year, and opened for a lot of people that I’m a fan of. Over the Rhine being one of them, the golden Gaby Moreno, our buddy Buddy from LA, he’s pretty terrific, and The Brendan Hines.

Have you guys started working on your next album?

Kenneth: Well we have. We are going to record a new album in April, I believe. Try to have it out by August, maybe September.

Joey: That’s the first time we’ve ever officially said that. You can say you heard it here first.

* YOU READ IT HERE FIRST*

Kenneth: Yeah, but that could always change. We’ve just begun working on the songs. You know, if I were hit by a car or something next week that would probably change a little bit. So we’re doing that, September – August or September is the date. We have a few festivals to play around then, and Joey and I particularly like touring during the summer and the fall, and late spring in the US so we’re gonna be doing a lot of that too. Yeah it’s been 6 months since the album; it’s time to do another one.

What is something a lot of people don’t know about the both of you?

Joey: I don’t know if this is something that not a lot of people know, maybe they can infer it from how we interact with each other on the stage, but –

Kenneth: We’re not friends at all…

Joey: Well, actually I was gonna say something kind of similar to that.

Joey: I know, well it ends up being the opposite of that.

Kenneth: What are you trying to say?

Joey: I’m trying to say that Kenneth and I, I think, have one of the most productive ways of antagonizing each other that two people have ever had. There’s a way that we sort of get at each other which usually yields this incredible result whether it’s creatively or if it’s to do with a business decision or even just an abstract conversation. It’s not all the time but sometimes – I guess we’re close enough and good enough friends that we allow ourselves to really go at each other in a lot of aspects of life and don’t really hold back from each other and I think you only do get that when you get so close to somebody and you feel comfortable doing that but the unique thing about it, I think, is that it could be destructive but for us it’s productive. so I guess what I’m trying to say is what not a lot of people know is that when we’re riding in the car together for 40 thousand miles we’re mostly just yelling at each other.

Joey: Do you disagree?

Kenneth: No, that’s spot on. That’s true. You’re right, for once.

I cannot praise these two guys enough. I’ve never laughed so hard during an interview, and I still laugh even after hearing the recording quite a few times. After the interview I got to stay for the show, and I enjoyed it very much. They really know how to please a crowd, and I definitely recommend going if given the chance. To download their album for free go to their website: www.themilkcartonkids.com