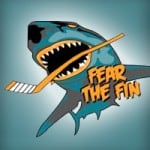 The San Jose State Spartans faced a huge test on the road in Colorado. After falling 6-4 to #3 Colorado State, SJSU finished with 7-1, 7-4, and 7-5 wins against Northern Colorado, #4 Colorado, and then #10 Denver.

It was a huge weekend for the team against some strong competition. “We showed all the teams that we’re a force to be reckoned with,” said forward Lathan Logan.

But before they left for the Centennial State, the Spartans had to tie up a few loose ends at home. It started with a 5-2 win over Santa Rosa Junior College. Lathan Logan received the honors for first star that night with 2 assists and 1 new fiancé. He proposed to his girlfriend Victoria on the ice before the game.

It was a nerve-racking time for the Spartan’s senior forward. “My face was white. It was really scary, but she’s the woman I want to be with for the rest of my life,” said Logan. Things seemed to work out though. “Yeah, it went good: she said ‘yes’!”

The good news didn’t stop there for San Jose State. After a pre-game ceremony to honor the nine graduating seniors from the team, SJSU was able to hold on to a 5-4 win over Boise State. There was a great representation of Spartan fans in the stands that gave the team a roaring send-off.

The team flew out to Denver International Airport Wednesday night with a rematch looming against Colorado State the next night. Due to some confusion, the regular starting goaltender, Michael Steininger, did not have his pads with him for the game.

Justin Linn would get the start in goal against the Rams, but the change in net seemed irrelevant. It was conditioning that beat the Spartans. Colorado State dominated the offensive game in the last 25 minutes and a 4-3 lead after two periods evaporated into a 6-4 loss.

To steal a phrase from Yogi Berra, “It’s deja vu all over again” as the Spartans lost by the same score to the same team back in San Jose just a few weeks earlier. The team also lost forward Mason Console for the rest of the trip with an injury sustained against the Rams.

That game, however, was the only bump in the road for San Jose State.

Northern Colorado was next up for the Spartans, and the game could only be described as a gong show. There were a combined 41 penalties in the game, and at one point in the second period, there were four Spartans and five Bears in the penalty boxes at the same time.

Two of UNC’s best players were given game misconducts and the Spartans offense took advantage with a 5 goal third period to wrap up the 7-1 victory over the unranked Bears. SJSU captain Kyle Dutra had 4 goals on the night.

It was a win the team needed, and they needed a win of that fashion over UNC, who fell to 4-20 on the year. After the game, the general consensus from the Spartans was that the Bears were talented enough to compete with any ranked team, but they were much too undisciplined.

The Spartans had only won 1 of their previous 9 road games, and after putting that behind them, the team rejoiced on the bus ride back. On the hour long trip back to the hotel, the Spartans must have busted out singing every song that they knew. I think I’ll keep the recording of that to myself.

The momentum seized in that game carried over to the next night as the team faced the #4 ranked Colorado Buffaloes. The Spartans would arguably deliver their best performance of the year in that game. Everything clicked for SJSU in the marquee victory the team needed headed to Regionals.

Head Coach Aaron Mullagh agreed it was one of the best performances because the Spartans won the emotional battles. “It’s something we’ve been preaching since day one: good, strong, physical play, being smart and not taking the extra penalty, frustrating our opponents a little bit and converting on the power plays.”

The Spartans would win 7-4. Sam Cimino led the team with a hat-trick in the game, and goaltender Michael Steininger was phenomenal in net.

“I was seeing the puck really well. I felt good every single game, every single time I touched the ice,” said Steininger on the way back to California. But he was quick to credit the defense in front of him as well. “The defense was unbelievable this weekend. I’ve never seen every single guy playing that hard in front of me – blocking shots, taking hits, making plays, and getting the puck out of the zone consistently.”

The final game of the trip and the regular season came on Sunday afternoon and was more of the same. SJSU defeated Denver University 7-5 in the 6,000 seat Magness Arena, home of Denver’s NCAA hockey team.

The top line continued its hot play in Denver. On this four game trip, Sam Cimino had 7 goals and 6 assists, while Kyle Dutra had 8 goals and 2 assists. “There’s a lot of skill right there,” said Coach Mullagh, but said that all the lines were contributing with goals. “It’s spread around. Maybe the top line feels like they’re getting their thunder stolen, so they have to score more goals like that.”

And indeed, the team isn’t just the Dutra-Cimino show. The Spartans finished the 2011-2012 regular season with six players who scored at over a point-per-game pace: Robbie Vaughan, Lathan Logan, Mason Console and defenseman Salvatore Barranco joined Dutra and Cimino in that club. Sophomore Nicholas Matejovsky came very close to joining those ranks as well with 30 points in 31 games.

The three big wins propelled the Spartans to, you guessed it, number 7 in the final West rankings. They’ll face Utah next weekend at the ACHA Western Regional Tournament hosted by the Spartans at Sharks Ice at Fremont.

The key for the Spartans, according to Michael Steininger: “We just can’t stop working.”

But how do the Spartans treat the games? Fremont is not the home rink for SJSU, but the stands will be full of San Jose fans. “We’re actually throwing around the idea of getting a hotel in Fremont for the team,” said Coach Mullagh. “One of the advantages other teams will have, who will be on the road, will be the team bonding, the comradery, the routine.”

The #7 Spartans return to action Saturday the 25th at 5:45 pm versus the #6 University of Utah Skatin’ Utes at Sharks Ice in Fremont. Be sure to come out for FTF Night 3 and support the Spartans! If they win, they will play again on Sunday with a National Tournament berth on the line. All six games of the ACHA Western Regional Tournament will be broadcast live at www.FastHockey.com.