Renown Bay Area lyricist, Locksmith, earned his stripes battling on MTV in a competition during the Carson Daly hosted, TRL era, when they used actually play music videos on the channel. Lock went on to have a successful career with his group, The Frontline, under the mentorship of legendary Bay Area producer, E-A-Ski. 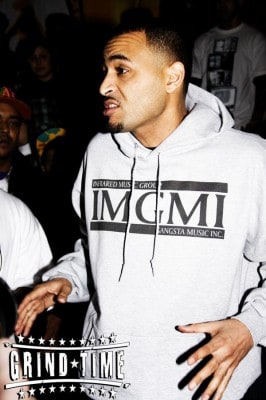 Fast forward to 2011. Lock is still grinding, and making quality music, perhaps some of the most thought-provoking, challenging and impressive lyricism he has ever displayed. He teamed up with legendary producer Ski Beatz (Jay-Z, Camp Lo, Curren$y) to release “Embedded” on Damon Dash’s DD172 imprint, and since then also released the I Am Lock EP and Labryinth. I had always been a huge fan of Lock, and supported him through KSJS with his music in 2011 and 2012 which was sounding better and better, and pushing the envelope. Myself and KSJS alumn, Amadeuz Christ worked with Locksmith on a music video for a track, “Take Me Away”, which we shot at Gunderson High School, in San Jose. You Can view the video below:
[youtube http://www.youtube.com/watch?v=7p9dUXCEV08]

When I received a call from Locksmith in November about shooting another visual, for his upcoming album, The Green Box, I was ecstatic. After all I knew he had linked with not only Ski beatz again, but also another legendary producer, 9th Wonder and his production crew, The Soul Council. He sent us the track, “Be Free”, and the rest was history. Check out the brand new video below, which is currently featured on 2Dopeboyz, NahRight, OkayPlayer, and many other top Hip-Hop websites & blogs. Alejandra Cruz of KSJS Sub-Rock/Promotions plays the lead role in this.
Locksmith – Be Free
[youtube http://www.youtube.com/watch?v=kn4o0_YHyEg]