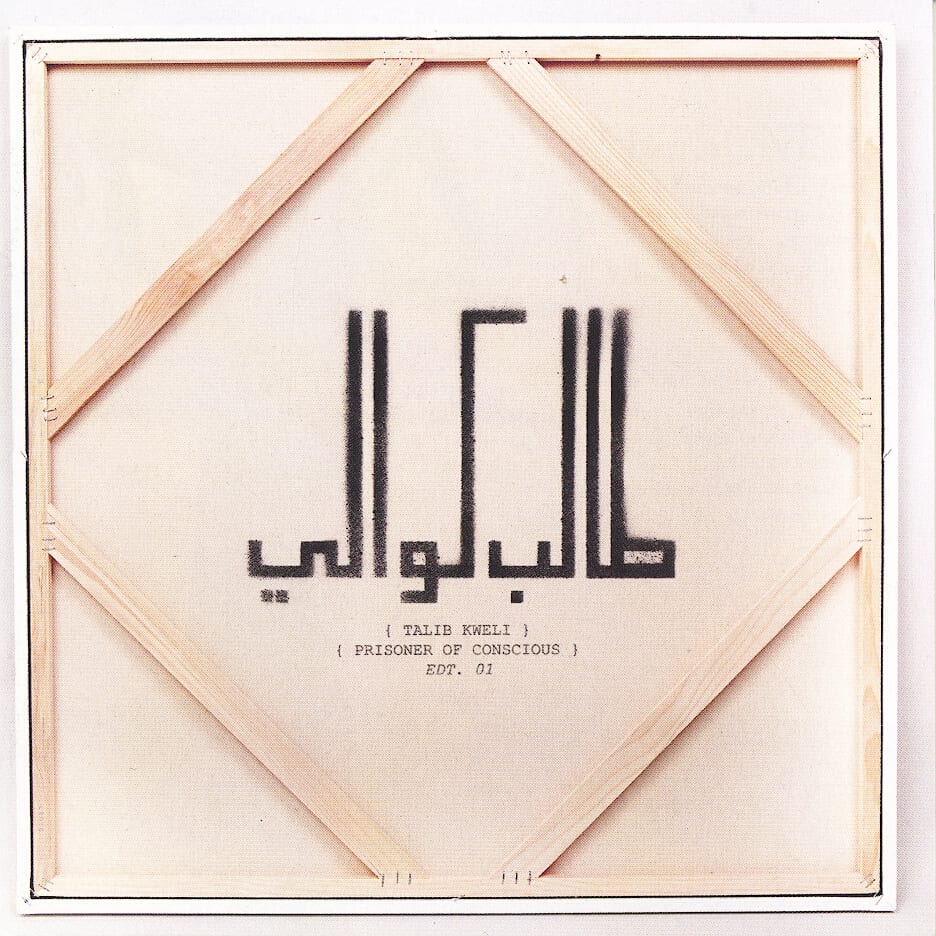 A dope opener to his album, he spits some raw lyrics in typical Talib fashion. The beat is another solid Oh No production, who has several dope cuts on this project. This is a nice track to set up what’s to come on this project from the vet. 3/5

A track which sees Talib in his element, this is vintage Kweli right here. He has no issue carrying this track, although the hook may be a bit simple, the hypnotic beat and quality verses make this track a highlight of the project. 4/5

Another side of Kweli here, sees him complimenting Miguel’s melodic vocals perfectly here, once again vintage Kweli, he is in his element here as well, just a different side to his music. This is definetely a smoother track which deals with a lot of romantic issues n is basically quality grown folks music. 4/5

Finally we get our first “okay’ track. This is a chill Oh No beat, and though its definetely not a bad track, there’s nothing special here, and features some solid bars from Talib , the track is definetely not bad by any means, but for Kweli’s standards, its just satisfactory. 3/5

This is another one that was a bit underwhelming to me. More grown folks msic, but not as outstanding as “Come Here’ or as you will later read about on the ITunes bonus cut “Outstanding”. Talib’s verses are fire which makes the track worthwhile and the beat is smooth, but i felt melanie Fiona, who is usually fantastic, just phoned her hook is here and I don’t know if it fit the vibe of the track the way i would have liked. 2.5/5

Probably my favorite Oh NO production on this project, Kweli is once again, completely in his comfort zone on this track. This is vintage Kweli again, and he spits some memorable bars with suitable cadences. The hook is fire too “…. I rip the microphone and then i throw it down…”. 4/5

This hook is fire and even though this track came out about 6-7 months before the album, I think its done really well. People might expect more of the collaboration, but i felt everyone did their job well, all 3 verses were memorable as both features brought their style to the track yet still fit perfectly. This is easily one of the dopest tracks of the project, even though it was “new” to me last November or December. 4.5/5

Another underwhelming album cut here, with outstanding production, but the track, although very lyrical and dope story, I just didn’t feel the energy from Kweli on this one. The ending (last 6-8 bars) are delivered very well, but overall I felt like this could have been a lot more powerful, given the subject matter (dealing with a story of a troubled young woman…). 2/5

This is another solid cut from Talib Kweli. He has some really valid points about relationships and issues he goes through in life, comparing women’s sensitiivty to “Delicate Flowers” is done well. I like the musicality of the track. 3.5/5

Talib and Busta Rhymes on a RZA beat? Can’t get any better than that right? Well you are right… the beat is mainey and both Talib and Busta merk it. This is another highlight of the track, yet it sounds like no other Talib track (especially on this project). For the sake of proving Talibs versatility, both in the tracks on this record, and the way he raps on them, this track couldn’t have been more necessary at this point in the project (a bit more than 2/3rds the way through). Busta kills it too, spitting “….Im urgently giving ni***s the courtesy of smashin his face in “. 4/5

Another solid R & B/hip-hop track from Kweli here. The hook from Abby Dobson is raw as fuck and Nelly actually merks the opening verse. Talib came proper too, after the lyrical greatness of the previous track this was a good change of pace for the project. 4/5

Another dope hard-hitting track, though I don’t exactly like the trap Talib too much, (nor the Trap Harry Fraud beats). I felt like this track was necessary in the album as well, Talib spits some potent bars, I just found the track to be somewhat awkward at times with the style of the beat not really matching Talib’s steez that much, still nonetheless a decent track. The verses far surpass the hook though. 3/5

THis is another amazing track, the hook, although in a different language, is so crucial here. Terrace Martin’s production is on-point and perfectly suitable for Talib’s style. Another vintage kweli song which sees him shining over the chill instrumental. 4/5

A Solid beat from Cole World and a dope hook from Marsha Ambrosius. Talib gives an updated version of his flow, with a particular bounce to it , reminiscing a lot of new rapper’s style. But he pulls it of and its a solid cut to end the project. 3.5/5

An amazing collaboration with Ryan Leslie, this track really works. Not sure why its a bonus cut, I think its better than half the cuts on the album. EIther way, definetely worth checking out, and you can only get it if you buy the project on iTunes. 4/5

Reviewed by StrongArm for KSJS .