Photography and article by Patrick Mattes 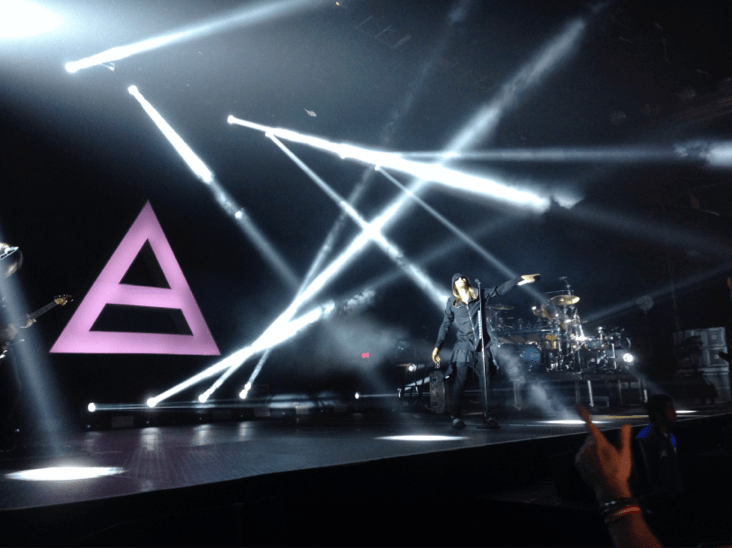 Over the years they have gone from a heavy sound to a more electronic/experimental rock sound but have always stayed true to their message. The focus of human struggle and self-determination can be portrayed with otherworldly elements and conceptual ideas. Thirty Seconds to Mars is currently headlining a tour featuring their new album “Love, Lust, Faith and Dreams” recorded under their new label “Universal Music”. Even with this new sound they are still able to sell out venues and connect with audiences in a very intimate way.

On October 11th, Thirty Seconds to Mars played at The Event Center on the San Jose State University Campus. Opening for them was a alternative rock group by the name of New Politics. They are a budding group out of Copenhagen Denmark. New Politics has just released a new album “A Bad Girl in Harlem” and is promoting it through this tour. On stage they not only play good music but have a tremendous amount of energy. The lead singer David Boyd does a variety of Break Dancing dace moves in between lyrics while lead guitarist, Søren Hansen, picks fights with his guitar. they put on a very electric performance. 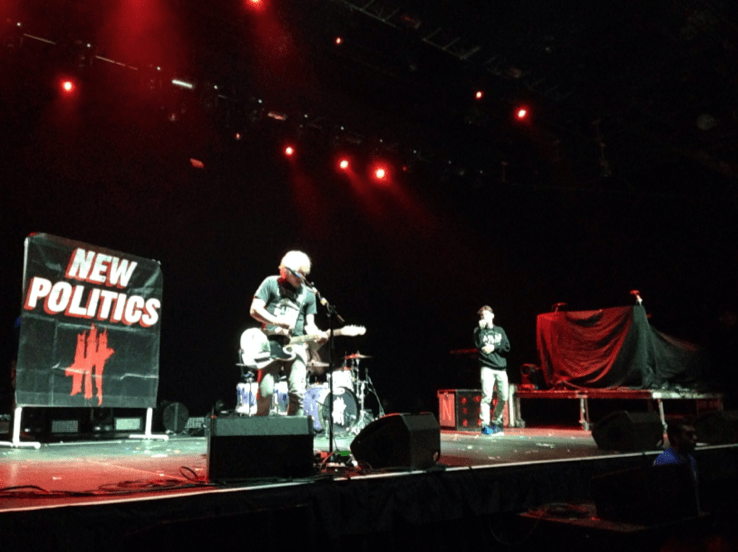 After their set Thirty Second to Mars started the show off right by performing a bunch of upbeat songs from their new and former albums. Songs like “Conquistador” got the crowd going along with “End of All Days” and “City of Angels”. Then half way through the night they decided to play an entire acoustic set bringing things down for a few minutes while still connecting with the audience. Acoustically, they played songs like the ever popular “The Kill” along with an older one “Alibi” and a never before performed acoustic version of “This Is War”. Finally ending the concert with the new single “Up in the Air” as the encore. Thirty Seconds to Mars put on a truly good show and had the audience with them along for the ride the entire time.