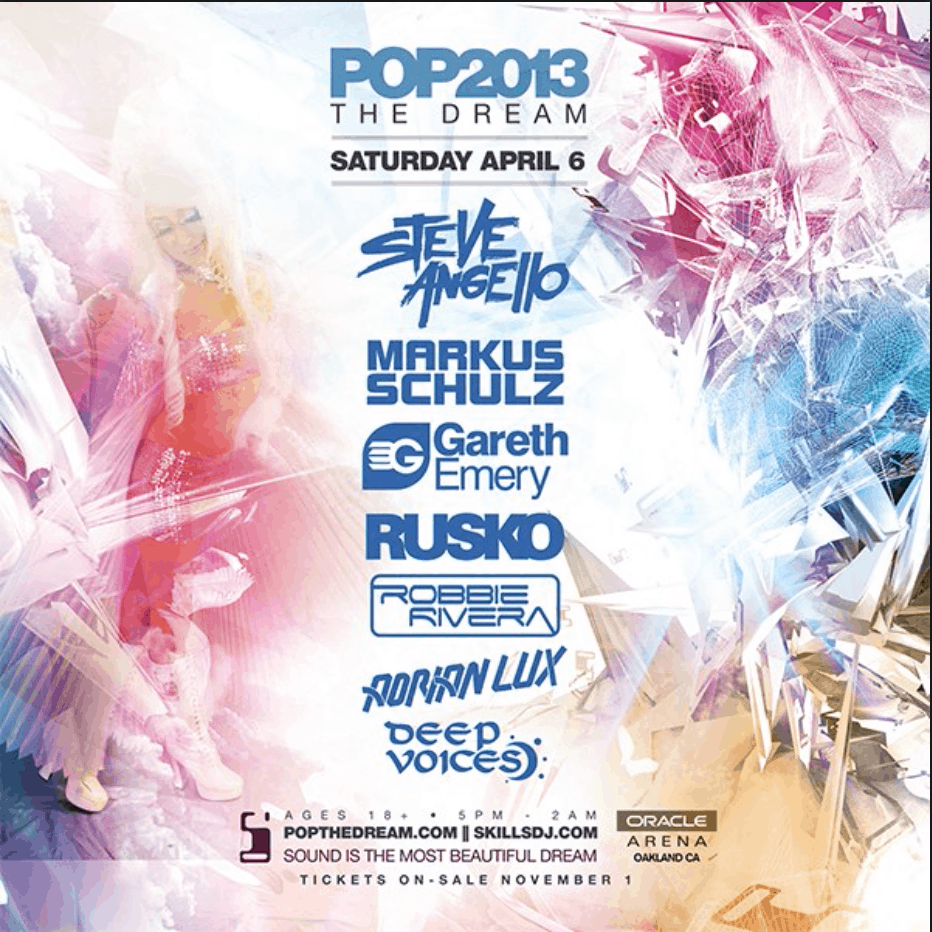 This year on April 5th in the city of Oakland was Pop the Dream. EDM fans from all over came to watch Julian Jordan, Orjan Nilsen, Andrew Rayal, Sunnery James & Ryan Marciano, W&W, and Dash Berlin in action. Fans were already lined up two hours before doors opened to get access to the floor seating. Once the floor was filled, individuals began filling up the seats surrounding the arena. With Julian Jordan opening, fans were more than excited to begin a night full of great music and dancing.

Unfortunately, nothing impressive was produced by either Julian Jordan or Orjan Nilsen. In attempts to pump up the crowd, Julian Jordan decided to take the overplayed route and play Martin Garrix’s Animals. With the arrival of more fans, Andrew Rayel’s set got the crowd going. I definitely recommend giving his set list a listen. A lot of times, artists will play the top 10 tracks. Although this can get repetitive, I feel that the songs can still be enjoyable as long as there is a good transition between them.

The next two sets were my absolute favorite. Sunnery James & Ryan Marciano and W&W had me dancing all over the place. By the end of both sets, I was pretty exhausted. With a one or two minor transition mistakes, Sunnery James & Ryan Marciano did a great job. Their energy on stage was reflected throughout the crowd. I can finally cross off W&W on my list of Djs that I have wanted to see. I can say that I was not disappointed! Another highly recommended duo to listen too.

Lastly, Dash Berlin is an artist that is loved around the world. I’ll admit I am a huge fan of many of his tracks including his collaborations with Christina Novelli. However, the set at Pop was a disappointment. I have seen Dash Berlin before at Beyond Wonderland and his set at Pop was nothing near that. Excuse me for being harsh, but Dash Berlin’s sets lately have sounded repetitive. He didn’t even play hits like “Never Cry Again” or “Apollo Road.” As closing artist, I was expecting a bit more.

This was my first year at Pop the Dream. Thankfully, I got into the event for free. Unfortunately, my expectations were not met. I’m not too sure if I’ll go again next year. But don’t let this stop you! The atmosphere of any event, no matter what kind of music is played, can be a memorable experience. I was thankful that I got to rage with my edm family!

Aveneet Gill is a third year at San Jose State University. She is planning on majoring in Biology and aspiring to work in the medical field.