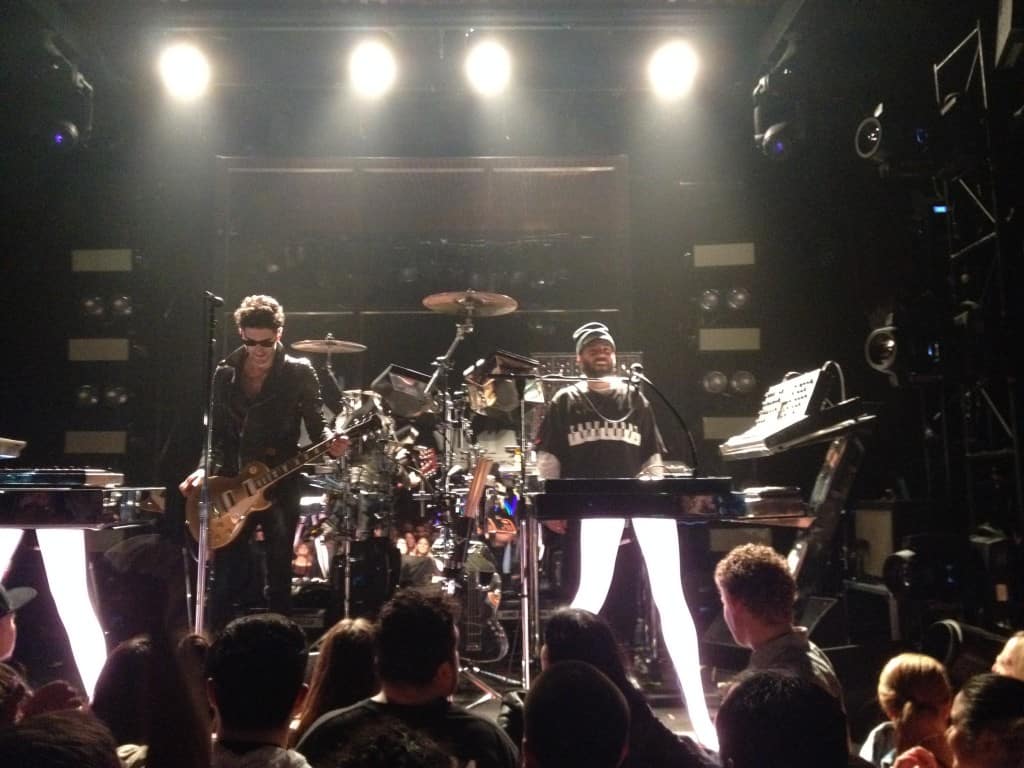 Chromeo performing at The Independent in San Francisco

After finishing up a HUGE performance at Coachella, Chromeo blessed the bay area with their presence on Saturday, along side the lovely and talented TOKiMONSTA, as the two performed at the Independent in San Francisco. Unlike previous performances, ticket holders didn’t know what to expect since Chromeo’s new album “White Women” was soon to be released.

Entering the venue, TOKiMONSTA performed for the crowd and was surrounded by purple lighting, almost as if it was her own aura. Included in her extraordinary set was HWLS “001” and her very own “Go With It” feat MNDR and most recent remix “2 On.”

As her performance ended, the crowd was left wanting more and ready for Chromeo to hit the stage. The chants of “CHROME – E – O –OOOOHHHH” in the crowd started prematurely letting them know we were
ready. Finally, as the lights turned of the chants once again started, this time setting up their grand entrance. To being their performance, they kicked off with “Night by Night” and continued playing old songs
such as “Bonafied Lovin,” “Fancy Footwork,” “Don’t Turn The Lights On” and more. Out of their newly released tracks off their upcoming album “White Women” Chromeo performed “Over Your Shoulder,” Sexy Socialite,” “Come Alive” and my personal favorite “Jealous (I Ain’t With It).” After an amazing performance they finished off the night with an unreleased track off their album entitled “Frequent Flyer.” The combination of both old and soon to be new favorites made the performance that much better.

Awesome music along with a great atmosphere and wonderful company made this by far the best Chromeo performance I have attended.