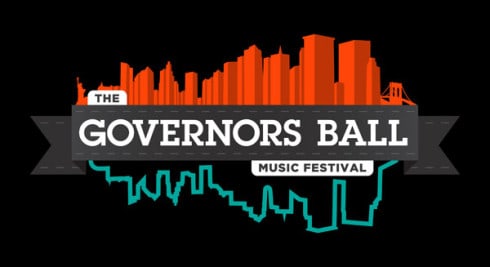 If you didn’t hear about Governors Ball recently and the many performances, you’re probably living under a rock. The 3-day festival on Randall’s Island in New York was filled with amazing acts like Outkast, Phoenix, Skrillex, Jack White, Vampire Weekend and much more. Out of the many great headliners and artists there was one in which I was dying to see, the very talented AlunaGeorge. I managed to catch performances by the big names, but never could get close enough to the stage. It seems as if the only way you can get to the front during a big performance is to wait there from the shows before, push your way through and be hated by everyone, or have no urge to use the restroom for about 7+ hours. I decided to try one of these methods to get an up close view of this performance. Prior to the AlunaGeorge performance, the lovely BANKS performed, which was wonderful and as the crowd left I managed to get to the front but had to wait an hour for the performance to start. I was surprised to see that there were about 30-50 people who took the same approach as me and really wanted to be in front. Waiting patiently for what seemed like hours finally paid off and the music began.As the band members took the stage Aluna Francis finally appeared looking sexy as always. To kick things off the first song performed was “Attracting Flies” off of “Body Music,” it seemed as everyone in the tent was singing along word for word. Aluna’s energy was so positive and live, it kept the crowd within the area jumping and grooving to each song. Out of the many songs from the album she performed “Best Be Believing,” “You Know You Like It” along with the DJ Snake version, “Your Drums, Your Love,” “Diver,” “Lost and Found,” “This Is How Do It,” and new tracks off of their upcoming album soon to be released. Although George did not take the stage with Aluna, her stage presence was enough to satisfy all of her fans and made it a memorable experience. Waiting to be in the front row was well worth it, every minute of it. This wraps up their performances in the States, but you can expect to see them soon after their new album is released. 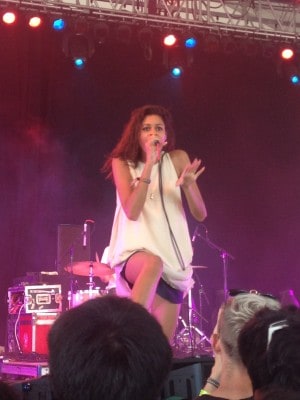 The overall experience at Governor’s Ball was so awesome that the word awesome does not do it justice. I had a great time at the festival and being in the presence of such great performers and artists was an honor. I hope that everyone gets the chance to attend a giant music festival similar to one like this at least once in life.