Christian hip-hop is on the rise and developing a new platform of self-expression. Christian rappers such as LeCrae, who hit No.1 on the Billboard Top 200 charts, and Andy Mineo are putting their uplifting marks on a genre of music dominated by money, drugs and woman. Following in their footsteps is an up and coming artist who is quickly making a reputation for himself with lyrics that are enlightening and positive. This rapper goes by the name of Saylah. 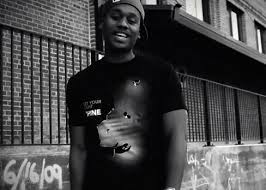 The man himself: Saylah.

Saylah is a Christian rapper who was born in San Jose, CA. He has created music that not only inspires and motivates people, but also an ideology to challenge the listener’s mind to make them think and take action in their lives. Saylah’s third album, Notes. Rhymes. & Melodies., made its debut in late July on iTunes after a two year hiatus, following his second release, Walking on Clouds, and his first, Break Out. Notes. Rhymes. & Melodies. features artists such as Rob P., JY, Jenkins, Scoob, and his beautiful wife, Candice. His overall desire is to see that the hearts of people are drawn to God and he’s doing just that through Hip-Hop music.

His second track, “Sold”ft. Scoob, starts off with smooth, soulful vocals and a powerful message letting his listeners know that Jesus paid the ultimate price for mankind. The fifth track, “One Day”ft. Rob P., is an inspirational and hopeful letter to the future that this world will mirror the image of God. Children sing-a-long with the chorus to give a message: children are our future. The ninth track, “Valley of Shadows”ft. Jenkins, must’ve been magic in the studio. Reggae sounds with a Hip-Hop beat uplifts you and makes you want to dance at the same time. No matter where you walk through life, even through the lows of life, you are never alone. The tenth track, “One”, is a track that will fill your soul with heavenly vibes! Snaps and bass drops blare signifying that life is only temporary. Saylah only needs one rockin’ with him when it’s showtime! 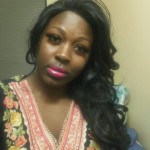 Essence Ruth-Noel Sellers, also known as Lady Ma, is a senior at San Jose State University. She is a Communication Studies major and is minoring in RTVF. She is an aspiring disk jockey. She loves to spend her time doing self-expression activities such as writing poetry/spoken word, dancing, singing, and theater arts.