SAN FRANCISCO – The Weeknd made his appearance in the Bay Area once again with his King of The Fall Tour, which included the beautiful Jhene Aiko and the “Man of The Year” ScHoolboy Q. Even before the doors to the Bill Graham Civic Auditorium opened, people were lining up waiting anxiously for the start of the show. The streets were congested and parking was impossible to find, which explained the sold out show. 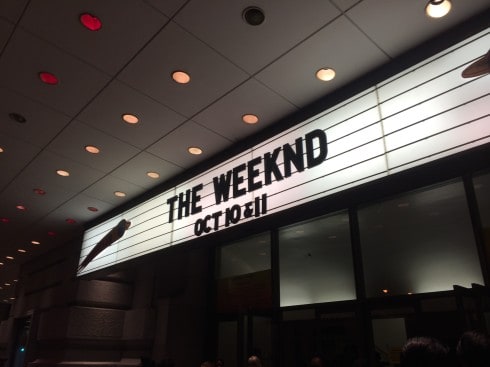 Doors opened up and everyone rushed inside. Some looked for their seats in the upper levels, while others filled up the floor, trying to get as close to the stage as possible. Everyone waited the first performance in anticipation, lights dimmed and cheers got louder.  First one to appear on the stage was the one and only Jhene Aiko. She sang a few tracks from her recent album Sail Out, including “Comfort Inn Ending,” “3:16 A.M.,” “The Pressure” and of course “The Worst.” She even sang “From Time,” which would have been so much better if they had added Drake to the line up.

The next to step on the stage was ScHoolboy Q! He gave an incredible performance and was able to hype up the audience with no problem. He traveled back and forth on the stage jumping up and down from time to time. He performed songs from his recently released album Oxymoron. He asked the “true ScHoolboy fans” to sing along to his songs, and he got exactly what he asked for. The roar of voices singing to his songs in sync was amazing, it was obvious that the crowd had mad love for him. He performed “Man of the Year,” “Studio,” “Yay Yay,” “Break the Bank” and “Collard Greens.” The part that I loved most about his performance was when he took the time to thank his fans for supporting him and making him blow up in the industry as much as he has. “Because of ya’ll I have food to eat, clothes to wear, and money to send my daughter to go to school! 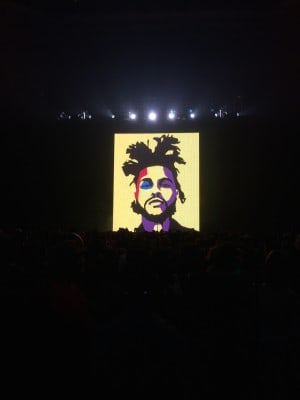 After ScHoolboy Q’s performance, there was a half hour intermission, which made the crowd even more antsy because the performance that they had been waiting for all night was up next. At around 10:45pm, the lights dimmed once again and the beat of The Weeknd’s song “Enemy” started playing. Suddenly, his face appeared on the projector screen that was set up on stage and everyone lost it! Half way through the song, The Weeknd came out from behind the screen and began walking across the stage. He started off with songs from The Trilogy, such as “What You Need,” “Twenty Eight,” “Wicked Games,” “The Zone,” “High For This,” “The Party & The After Party” and many more, including “Crew Love,” which was actually featured in Drake’s album, Take Care. He moved on to sing “Professional,” “Love in the Sky,” “Wanderlust,” which were from his album Kissland, released in September 2013. There was a two minute interval where everyone thought the show was over, but before anyone had a chance to actually leave, The Weeknd came back and hyped everyone back up with his remix of the song “Or Nah,” by Ty Dolla Sign. He finished off his performance with his most recent single “Often,” thanked the crowd and he disappeared off the stage. 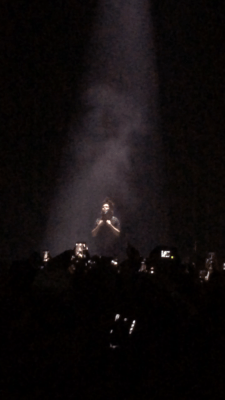 I personally am a HUGE fan of The Weeknd and this concert was simply amazing! The vibe, the performers, the music, the set up, the venue, everything was perfect! I would definitely give it five stars. It was one of the greatest experiences I’ve ever had and I can not wait for his next concert. 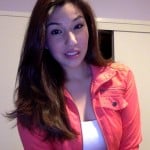 My name is Cindy Barbosa and I am a second year student here at SJSU. I am a Political Science major and Business minor. I am a Redwood City native, but currently live in the East Bay. If there’s anything I love with all my heart besides food, it’s music (mainly hip hop, rap and r&b)! In my spare time, I love watching sports, hitting the gym and doing anything that involves being out & about!