BERKELEY, CA- The unlikely duo of Erykah Badu and Childish Gambino recently performed in the Greek Theater at UC Berkley. The sold out show held thousands of fans prepared to see the two on stage. The DJ came on stage and the crowd immediately began to chant “WORLDSTAR”, a popular song off Childish Gambino’s album Because The Internet. The DJ began to play “U Guessed It” by OG Maco and out came the openers, a group called Overdoz. The four members of the group had so much energy and interesting outfit choices. Although it seemed as if a good portion of the crowd was unfamiliar with their music, the group was really interactive and did a fantastic job of hyping up the crowd by stage diving and other antics. 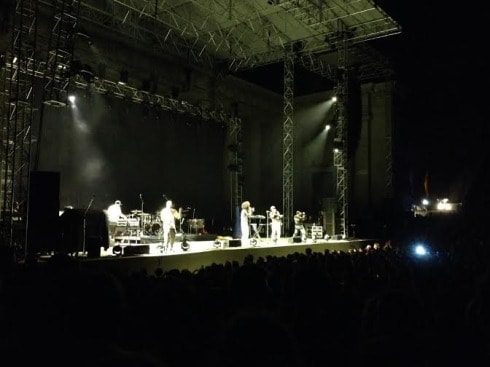 Can’t have a closer without an opener.

Childish Gambino’s band came out, which was not just a traditional band but a symphonic band as well. Childish Gambino came out to “Crawl” from Because the Internet and the crowd went absolutely nuts. Childish Gambino mentioned a show in Oakland that he canceled not long ago. He dedicated his performance to those who came out again to see him. He continued to do songs from Because The Internet, CAMP and some of his newest music too. He showed us his amusing and seductive dance moves during his performance as well. He used the stage space well and he communicated with members of the crowd. Childish Gambino was a wonderful performer and a delight to see. 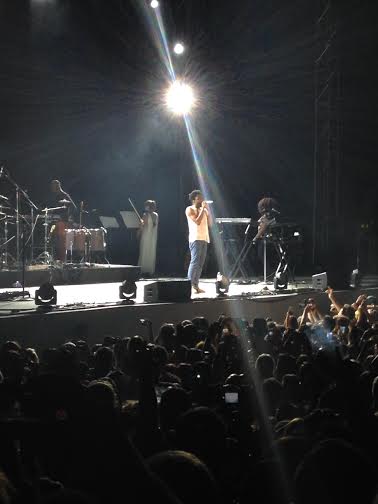 Next up was the beautiful Erykah Badu. A lot of people were unfamiliar with Erykah Badu. Some left while others stayed to see her. However, those who left made room on the floor for her core fans. Erykah came out with a delightful ensemble. She made her way up to the microphone and next to her was a pot of tea and a single tea cup. She poured herself a cup of tea and greeted her fans. She opened with “Out My Mind (Just In Time 1)” and proceeded to become comfortable on stage. Erykah’s presence was elegant yet  raw. You could feel the connection between her and her fans. After her performance she hopped off stage to take photos and shake the hands of her fans. It was a beautiful experience and if given the opportunity, I would go and see her perform time and time and again. Although I wish Erykah Badu and Childish Gambino would have performed something together, I enjoyed the show immensely. 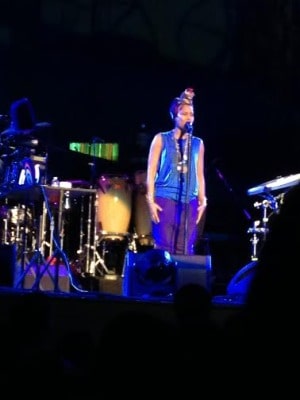 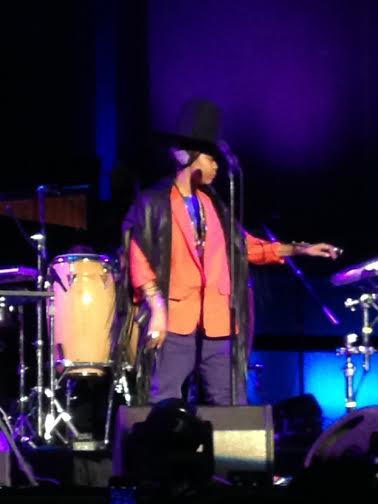 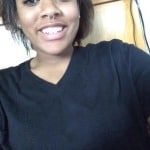