OAKLAND,CA- The full squad is back and more stacked than ever. Coming off a first-round playoff exit from the So-Cal powerhouse Los Angeles Clippers, the Warriors are eager to make some noise in the postseason this year. With new head coach Steve Kerr running the show, fans are excited to see how he will elevate this talented team to the next level. Kerr got off to a good start in the offseason bringing in veteran point guard Shaun Livingston. 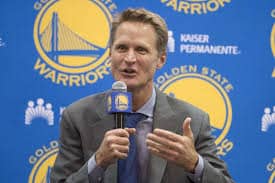 Livingston started fifty-four games alongside all-star point guard Deron Williams in Brooklyn last season. He will play a tremendous role with the Warriors this year as Stephen Curry’s back up. But that’s the boring part; the fun part will be Livingston running the point with Curry as the shooting guard. At 6’7’’, Livingston’s height and athleticism will make him a defensive presence that can make up for Curry’s lack of defense. Along with Livingston, Kerr recruited Brazilian star Leandro Barbosa who is entering his twelfth year in the NBA. The addition of these two veterans is a huge boost for the Warriors’ bench that ranked 23rd in overall efficiency last season. 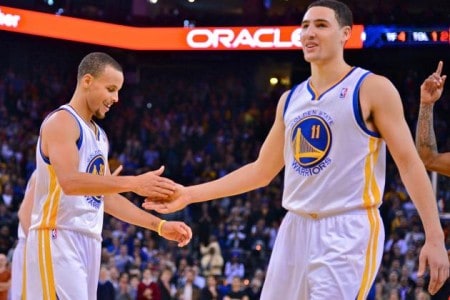 Bringing back former Warrior and fan favorite Brandon Rush also gives them some hot shooting instantaneously. This season Bleacher Report has the Warriors’ bench as the sixth best in the league. The only thing left for Kerr to decide is what to do with young talent Harrison Barnes. Barnes had a solid regular season his first year but it was his playoff outburst in 2013 that caught the league’s attention. Barnes’ production dropped significantly when the Warriors signed two-way point-forward Andre Iguodala last season that resulted in Barnes moving from a starting role to the bench. Kerr is contemplating starting Barnes at small forward and using Iggy off the bench. This would be the right move because it would exhibit Barnes’ true game and enhance an already strong second unit by adding Iggy. 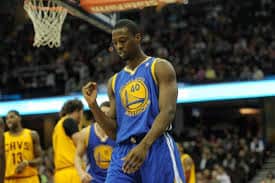 The Warriors are deep this season with Andrew Bogut healthy, Festus Ezeli recovered and Draymond Green being as versatile as can be. But who will be the player that steps up this season and emerges as a potential superstar? Splash bro number two, Klay Thompson that’s who. Thompson displayed his talents to the world last summer with team USA in Spain proving why he deserves a max contract. Everyone knew he could shoot but it was his lockdown defense and growing ability to get to the basket that got him into the superstar discussion. Going into the last year of his rookie contract, Thompson will surely receive a hefty pay raise sooner than expected. Thompson’s play will be a big factor in the Warriors’ success this season. 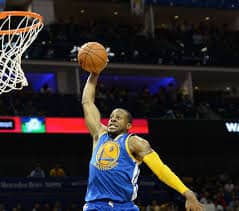 With all the talent the Warriors have now they should be a top four seed in the western conference and should at least make it to the Western Conference finals. The only teams that can give the Warriors trouble are the Clippers and the reigning champion Spurs. The bar is set high, as it should be, for one of the most lethal offensive teams in the league. Warriors’ basketball is back in what should be another exciting season in the Bay Area. 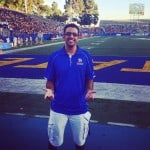 andeep Chandok has have lived in the Bay Area his whole life having grown up in Santa Clara. He is a third year Communication Studies major and Journalism minor. Sandeep is studying to be either a sports reporter, broadcaster or analyst. Coaching basketball is also something Sandeep would love to do, hopefully at the collegiate level.