SANTA CRUZ – Joey Bada$$ and his camp, Pro Era, performed alongside Los Angeles native Vince Staples at the Catalyst in Santa Cruz for the B4Da$$ Tour. The Catalyst is a small venue, but tonight it was packed with hardcore fans.

The first artist to perform was Pro Era member Nyck Caution. Nyck Caution performed various cuts from his discography, from the chill track “School High” off of the Pro Era Mixtape PEEP: the aPROcalypse to more energetic songs like his remix of Drake’s “0 to 100,” “0 to 1000.” The show turned more somber when Nyck asked the crowd for a moment of silence in honor of deceased Pro Era member Capital Steez. 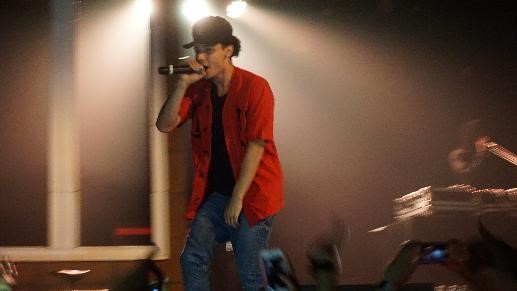 Next up on the set list came Pro Era rapper Kirk Knight. As Dj Powers Pleasant was transitioning between sets, Kirk Knight bursted onto the stage to a roar of applause. Kirk brought a wave of energy into the venue, performing cuts from his newest EP The Shift and surprising the crowd with unreleased content. The energy Kirk brought to the stage definitely will have me keeping an eye out on his future projects. 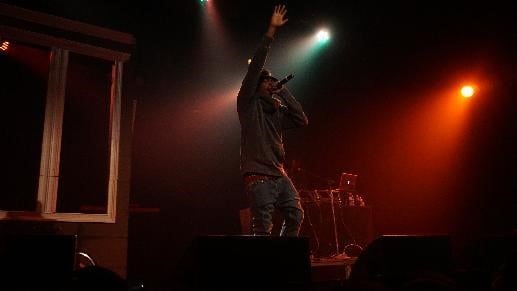 Kirk Knight hyping up the crowd.

After Kirk Knight’s set, there was another Pro Era cohort, CJ Fly. CJ fly came onto stage like a headliner, keeping the crowd grooving and excited. CJ’s set mainly consisted of him performing tracks off of his latest mixtape Thee Way Eye See It. This set was the strongest of the Pro Era openers. This dude has charisma. 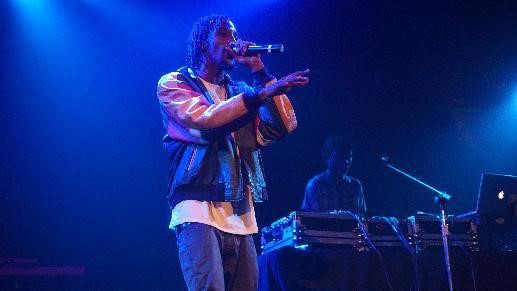 Following CJ Fly was a transition for the next act, Vince Staples. Vince Staples came out to hype up the crowd, but it was obvious most of the crowd was mainly here for Pro Era and Joey Bada$$. The level of excitement generated by the crowd was irrelevant by the time Vince Staples came running out on stage. He came out beaming with energy, doing laps around the stage during his entire set. For the duration of his set he performed the entirety of his newest EP, Hell Can Wait including my favorite track ”Blue Suede.” He also performed his feature verse from the Earl Sweatshirt song “Hive.” It was unfortunate that the crowd was unfamiliar with the majority of his set, but from the look on Staple’s face, it did not matter. 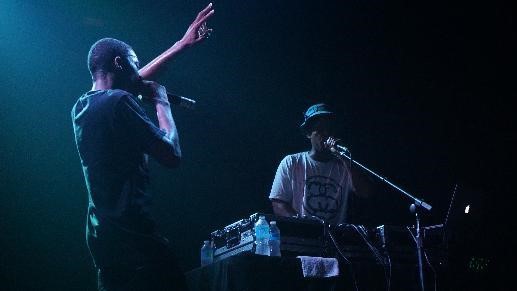 At this point, the crowd restlessly anticipated Joey Bada$$ to perform. After Vince Staples and his DJ left the stage, Statik Selektah appeared on stage to warm up the crowd. Statik Selektah slowly transitioned into classic New York hip hop to set the mood of the show right. Half an hour into his DJ set, Selektah picks up the mic and says “Y’all ready to see Joey Bada$$?” to which the crowd erupted in screams and hoards of people mobbed to the front row to secure a better view. Soon the crowd was chanting “We want Joey!” and Statik Selektah joined in himself. Midchant, Joey Bada$$ emerged with his new song “Big Dusty.” Joey then greets his audience with a raw and intense energy reflected in the rest of his set. He continues the show playing songs featured off of his upcoming release, including “Christ Conscious” and “Badman.” Although these are new cuts, the crowd knew the lyrics and were able to follow along with the set. Joey continued the show by bringing on stage various members of Pro Era: CJ Fly for “Don’t Front” and “Hardknock”, Kirk Knight for “Amethyst Rockstar” and “Satellite” and Nyck Caution for “47 Goonz”. All of this culminated to the closing track “Survival Tactics” with all the Pro Era members on stage. Joey then instructed the crowd to form a mosh pit. This song was easily the highlight of the night, the combination of the entire crowd jumping, and the Pro Era crew on stage was an incredible experience. 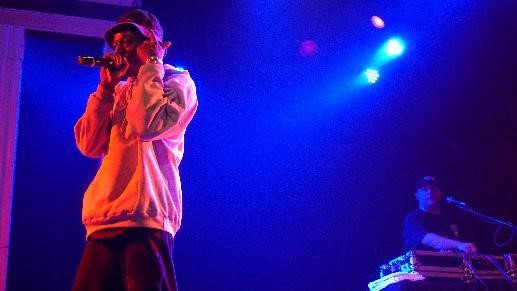 The man. They myth. The legend. Joey Bada$$.

Before the concert I was a casual fan of Joey Bada$$ and Pro Era, but the energy the entire crew brought that night was amazing. This show will go on as one of the most memorable concert experiences I have ever had. If you are a fan of hardcore hip hop, I would not hesitate to suggest going to see Joey Bada$$ in concert. 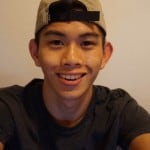 Alec Nguyen is a first year Computer Engineering major at SJSU. He  is a SoCal native from San Bernardino. Alec is a fan of food, cooking, music, photography and the NBA. He is  the co-founder of a clothing brand at “40ozmafia.bigcartel.com”. And there’s absolutely no reason why you shouldn’t follow Alec on Twitter @AlecNWIN or Instagram @alecfoonwin.