SAN FRANCISCO- I don’t usually push people to listen to artists I think are truly special, but the Bad Rabbits and Solwave are exceptions to the rule especially after their performance at the DNA Lounge. 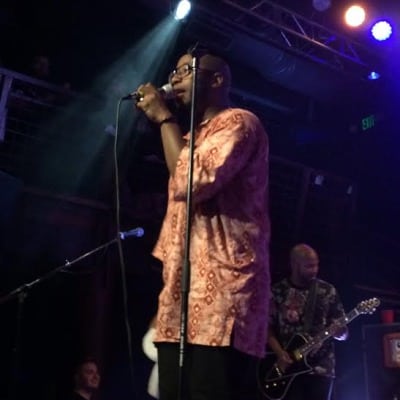 I stepped in a little before 9; I showed up a little later, not wanting to see all the bands. However, I was pleasantly surprised by one of the opening acts. San Francisco locals Solwave took to the stage and completely floored me with their music. I knew I was in for a treat when all the band members donned various Halloween costumes on stage. They started to play the riff from “Billie Jean”. Then their lead singer, who was wearing a red jacket very similar to the one MJ wore in the thriller video, began coming down the stairs to the beat. It was a great tribute to the king of pop. I had never heard of this band before, so I had no idea what to expect when their singer made his way to the mic. He began singing the classic song and it instantly sent the crowd crazy. I couldn’t help but be into it. The cover was beyond incredible. After the cover they went into original songs and continued with their unique sound, which is one that can’t be placed in a single category.

Their fat bass lines make you want to move, the guitarist has great riffs and the drummer keeps things subtle yet he is an undeniable force. Their singers vocal range is one that you would hear on an old disco track and the amount of soul the band has as a whole would make you think they were from Motown. Their stage presence was incredible. The lead singer was frequently channeling Michael with the loose hip movements and mic presences, but most importantly the entire band was having fun. The crowd picked up on that and it showed: by the end of their set they were chanting “One more song!” 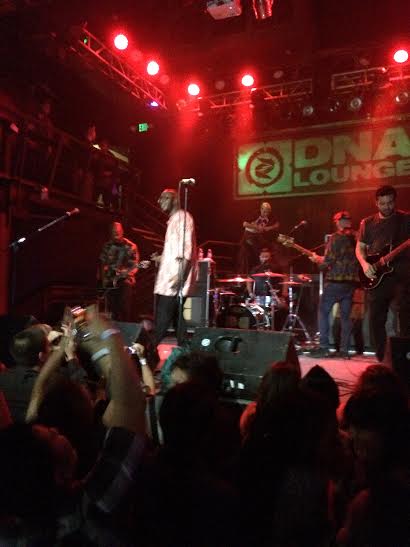 Once Solwave got off stage the crowd was ready for the main event. In between sets, a well-constructed Michael Jackson playlist kept the crowd moving. After a 15 minute dance party, the lights dimmed and the crowd began cheering. Finally the Bad Rabbits took to the stage.

From the moment they started their set, Bad Rabbits captivated the audience. Bad Rabbits maintain that modern funk sound that separates them from the rest. They played hits from their debut album “American Love”. With every song the crowd boogied along with the band. Not wanting to disappoint, Bad Rabbits began hitting synchronized dance moves of their own. After an hour they announced that their time was almost up and began playing a personal favorite of mine “Fall in Love” which has more of a rock alternative vibe than their other songs. However that didn’t stop the crowd from jumping around and screaming at the top of their lungs. The song ended and they walked off stage but the crowd was still buzzing and demanded an encore. Bad Rabbits happily fulfilled this request. They walked back on stage and the packed house pushed in closer. They jumped in with a Michael Jackson medley that consisted of his biggest hits like “Rock With You”. The medley made for a smooth transition into their most popular song “Can’t Back Down”. 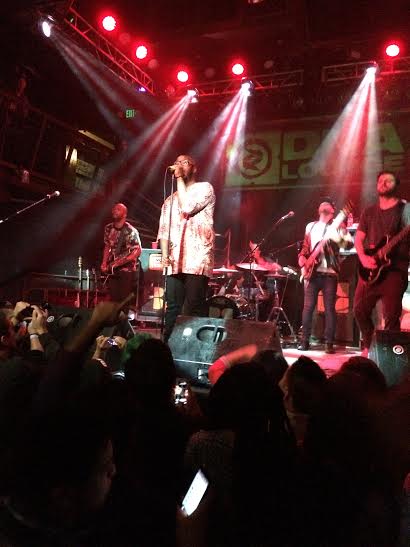 Bad Rabbits getting the crowd going.

Unfortunately, that truly was their last song of the night. They all stepped to the front of the stage and gave the crowd their final bow. They were kind enough to hang out down by their merch table and meet with some of the fans which to me is a true sign of appreciation. Overall the show was incredible. If you’re looking for bands that can keep the crowd energized while still sounding absolutely incredible, Solwave and Bad Rabbits  need to be on your radar. 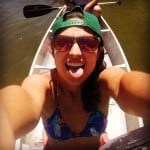 I’m a transfer student in my junior year, I was born and raised in San Jose. I just joined KSJS this fall. I’m an RTVF major and aspiring KSJS on air DJ and comedic writer. I listen to all genres of music but my main interest is hip hop. When I’m not busy keeping up with my favorite sports teams I love going to concerts, exploring local events and trying new restaurants and bars.