Santa Cruz, CA—Deciding to wrap up her My Garden Tour in the West Coast, Kat Dahlia did a back to back show in the Bay Area. First performing at the Slims in San Francisco, she followed up with a show at the Catalyst in Santa Cruz. Luckily I got to see her on Dec 10, located in the heart of Santa Cruz. The venue was a small club, nevertheless, it was perfect for an intimate concert setting. The opening performers included DJ Aspect, Poison Ivory and Craig Stickland, Kat Dahlia’s guitar player. They were all amazing and had their own musical styles. Although all the opening acts were great, Craig Stickland was the most memorable because he’s been playing the piano since he came out of the womb and his singing is indescribable. He sang a cover of “Stay With Me” by Sam Smith that gave me the chills.

​ After the opening acts, Kat Dahlia came out and really got the show started! She performed all of her hit songs from “Gangsta” to “Crazy”, as well as her songs from her new upcoming album, My Garden. As a treat, she even covered a song from A Great Big World called “Say Something”. I loved the way that Kat made the show personal by her interactions with the audience and the inclusion about the meaning of each song. She had mentioned that she was coming down with a cold, but her vocals were still on point. Throughout the show, one could feel how passionate she is to be a Latina and it hit home for me. Overall, Kat Dahlia is a must see and an artist to watch out for. If given the opportunity, I would see her in concert again. 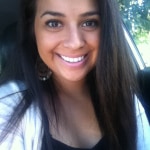 Abby Nuno is a first semester transfer student at San Jose State. She joined KSJS to meet people and get involved  with SJSU.