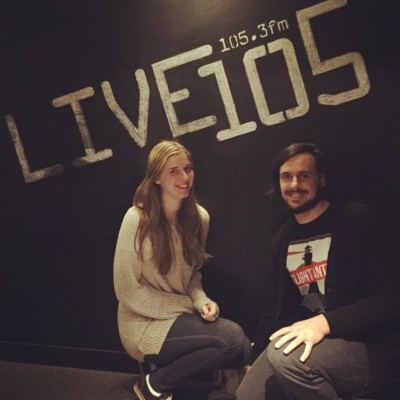 January 21st, 2015, SAN FRANCISCO–Bay Area Alternative Rock station Live 105.3 FM opened its doors to folks interested in the music industry and local artists for an annual forum that allows the public to ask experienced professionals in the industry questions regarding promotion and management. The panel consisted of Aaron Axelsen (music director & DJ at Live 105), Jordan Kurland from Zeitgeist management (Death Cab For Cutie), Patrick Brown (Different Fur Studios) and Eric Victorino (The Limousines). The meeting was intimate, with about 30 people in attendance, which made it easier for local band members to inquire more. Here are some of the topics discussed in the panel:

This show plays local music to the entire audience of live 105 (which is about 800,000 listeners)

When Is A Band Ready For A Manager?

How Much Does The Band Pay A Manager?

Bands pay commission on their total income (approx. 15-20%) to their manager.

My Band Wants To Tour. Where Should I Start?

Start touring locally within the bay area, then tour to venues outside of the region then continue to expand.

Getting People To Give A S–t:

Getting Your Name Out There:

Examples of what bands have done to get their name out there:

#1 The Matches: attended shows that they felt their fans would be at (shows with bands who had a  similar sound). They passed out free cds, stickers and flyers and had a few members playing guitar outside while people were waiting outside.

*leaving people with something tangible to look at and hold will create a lasting impression whether they want it to or not. But it will help them remember you*

#2 The Trims: recruited their fans to tweet and post about their shows and new music for them. They also put lots of effort into their production and recordings, improving their overall sound. Lastly, they put on an amazing live stage performance. The Trims physically changed the atmosphere of the venue by putting up lights, fog machines, and banners. By literally changing the physical space, they created a lasting impact on people who were there because they did something different. Look at them like an explosion. During their set, there’s a good live performance with lights and machines. Once their set is over, all the changes goes away, the space returns to normalcy, and the rest of the show dims slightly. (I found this tip very interesting, but upon recalling my memory, I found it’s all very true. Once the band leaves, the space is a little more empty, missing something.)

Notes On The Current State Of The Music Scene:

When Dealing With Bookers:

When Your Band Plays TOO Many Shows:

Overall, the workshop was very interesting and I was lucky I got the chance to attend. If you have any further questions on something they might not have covered feel free to email me at calamityjaneshow@gmail.com. 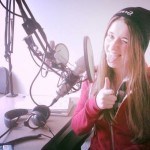 Chandler Kirkman is a Junior at San Jose State University working towards her Bachelor’s in Communication Studies. She currently runs her own radio show called Calamity Jane which supports local bay area bands, and she can’t hardly wait to bring it to the airwaves at KSJS this Spring. After college, she aspires to work in the music industry.