SAN JOSE — It feels good to know that our favorite DJs are, in fact, fans of each other just like us mere peasants. We watch them hang out with each other on Snapchat, and we read their conversations on Twitter like it’s the morning paper.

But what happens when one DJ  goes to support another DJ friend at a show only to find his phone number on display for everyone in the crowd, on the internet, and basically the entire universe? Because that’s exactly what happened to Dillon Francis when DJ Snake performed at Ultra this Sunday in Miami, FL.

I was away from my laptop during the Ultra Livestream when DJ Snake was on stage, but I did get a handy notification when Dillon tweeted this: 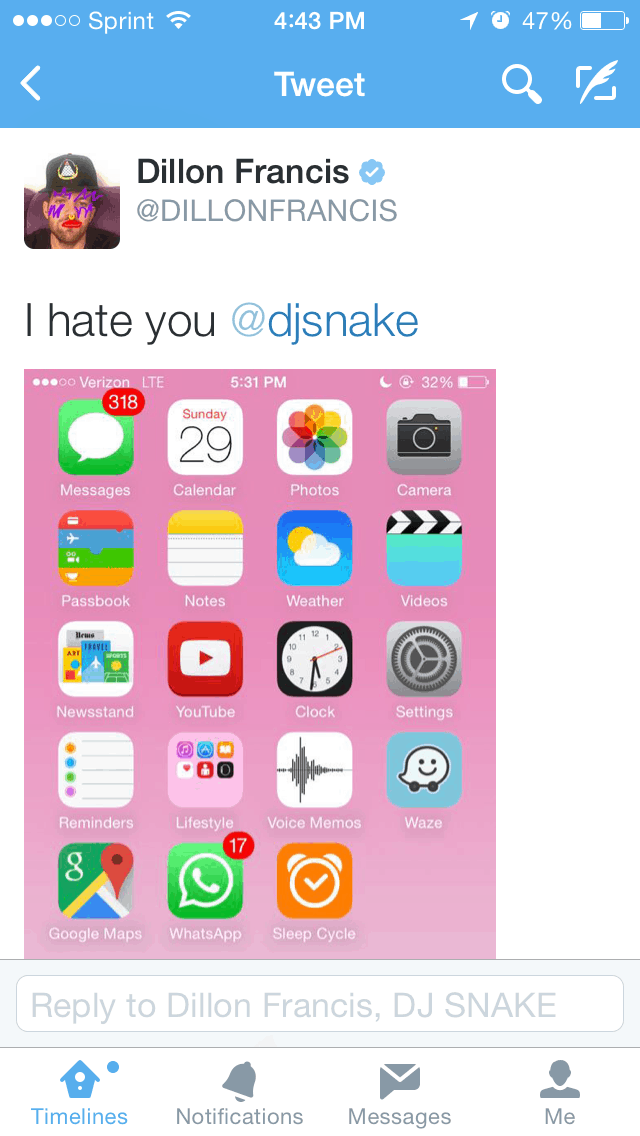 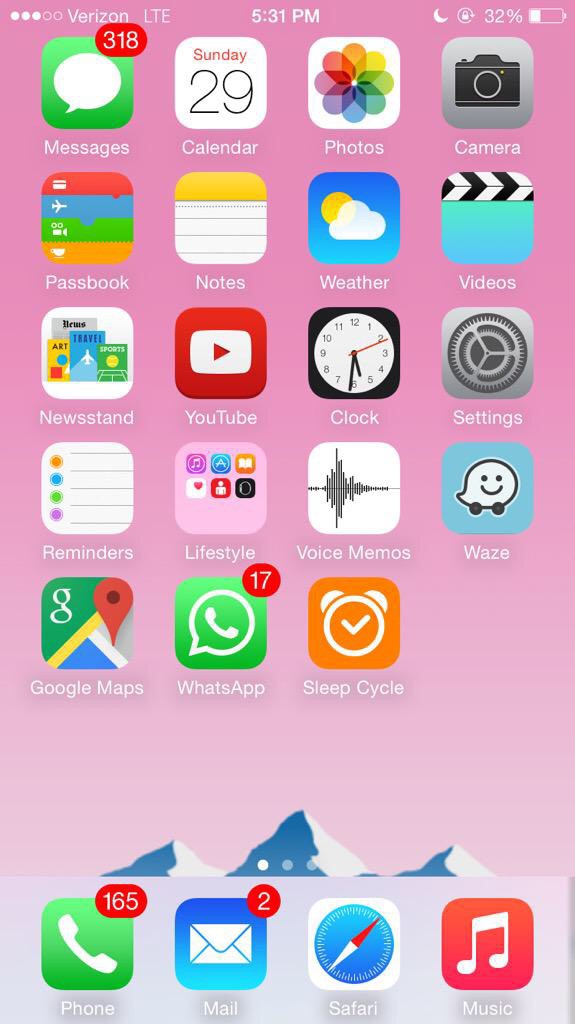 The picture displays a snapshot of Dillon’s iPhone screen with 165 missed calls and 318 text messages.

After tweeting back and forth with a few fellow DF fangirls, I received this message: 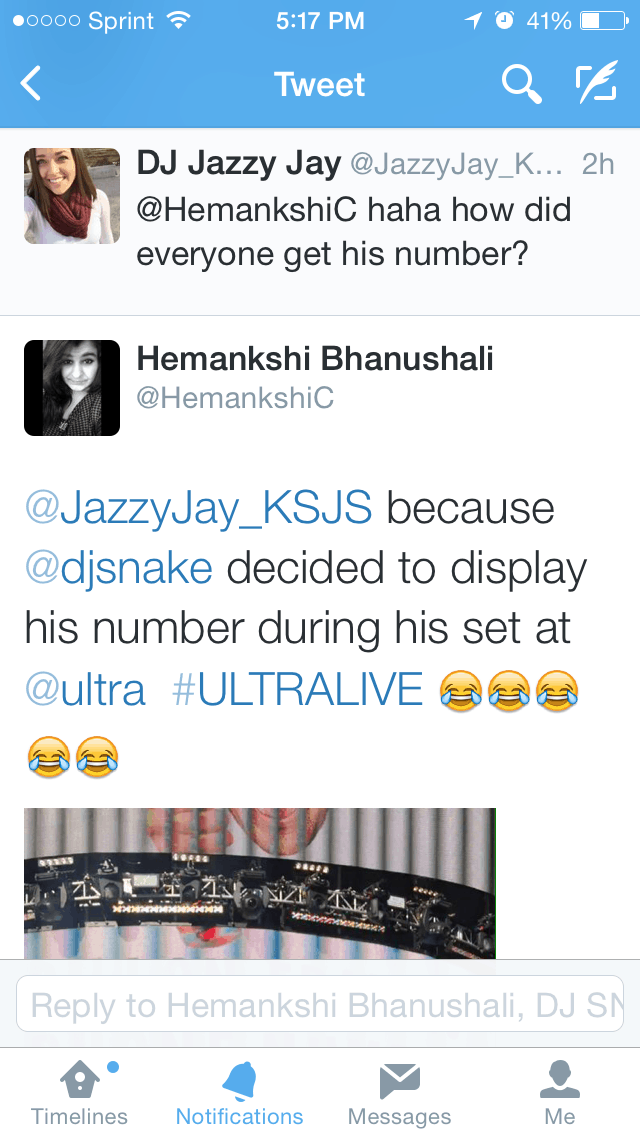 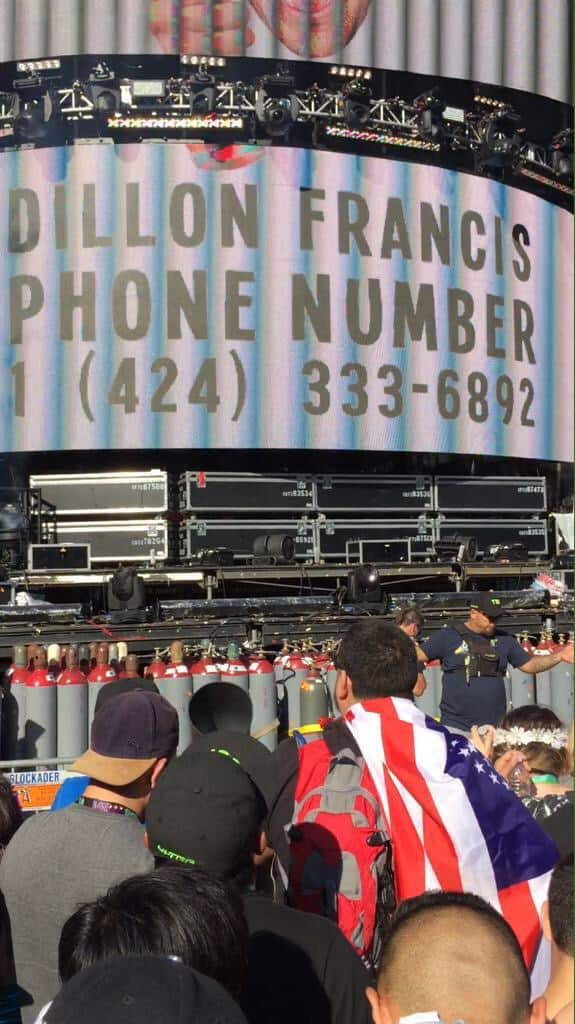 If you had a DJs phone number and had the opportunity to say absolutely anything you wanted, what would you say? I thought about it, and realized that once 5 minutes from his original tweet had already passed, it was too late to think of something clever. He had probably already turned his phone off at this point. I sure would, but then again, I was not at Ultra, and I am not Dillon Francis.

By searching the hashtag: #ULTRALIVE on Twitter, I found this: 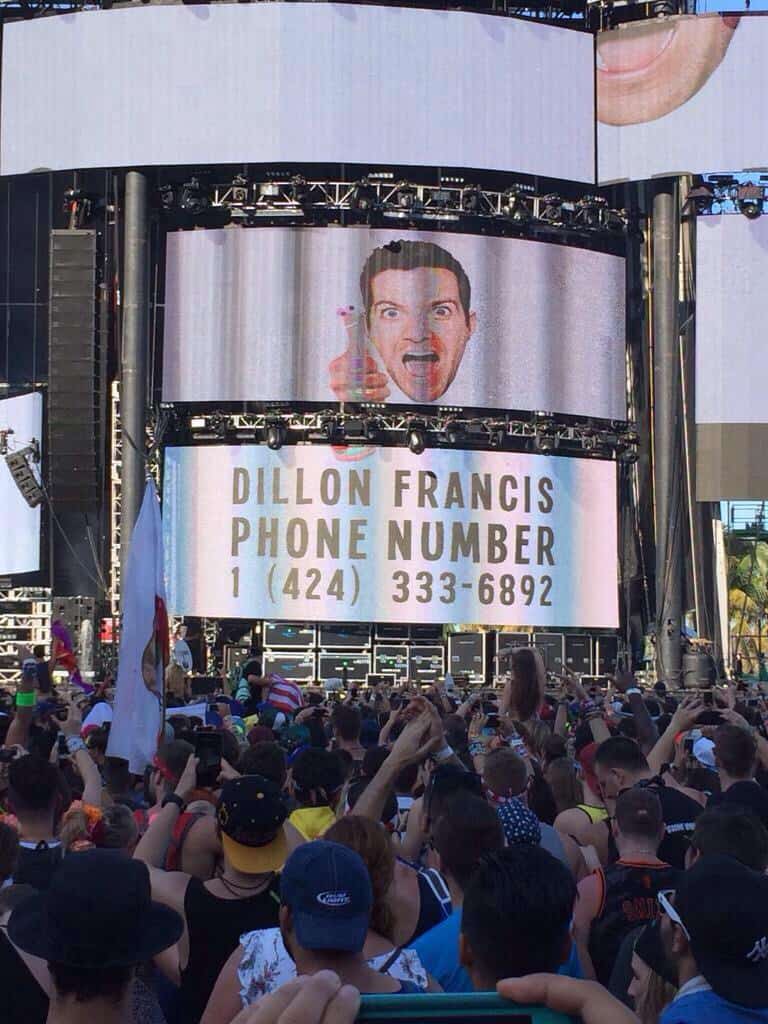 Dillon kept us updated with more tweets and pictures to evoke his struggle: 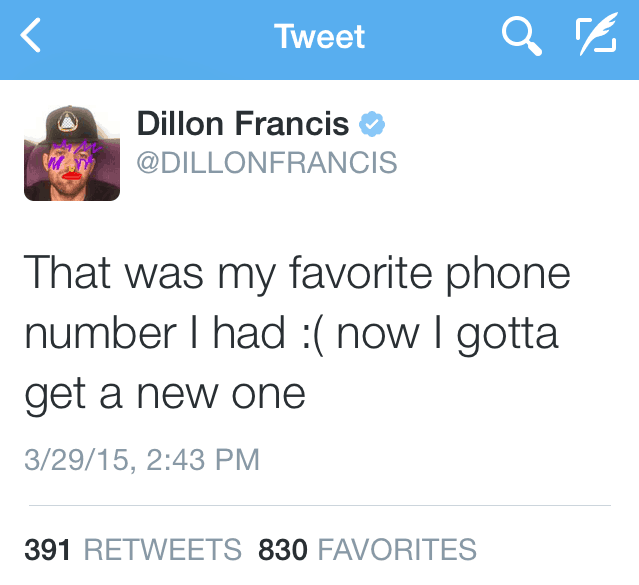 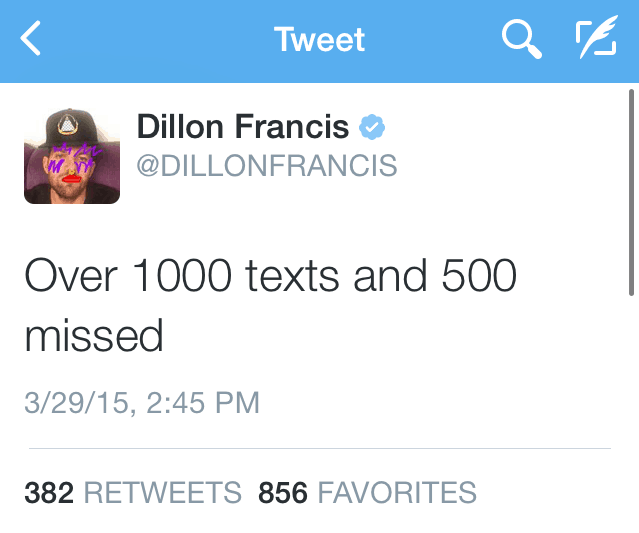 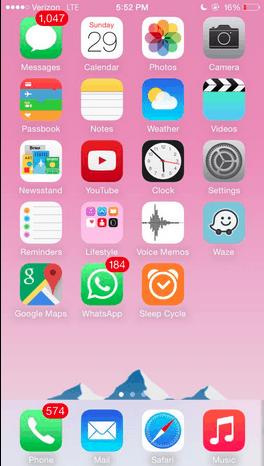 Mr. Popular over here kept his phone on long enough to receive (or reject, rather) 574 text messages and 1,047 phone calls. He did get a chance to check his 2 emails before quickly putting his phone back in “Do Not Disturb” mode. 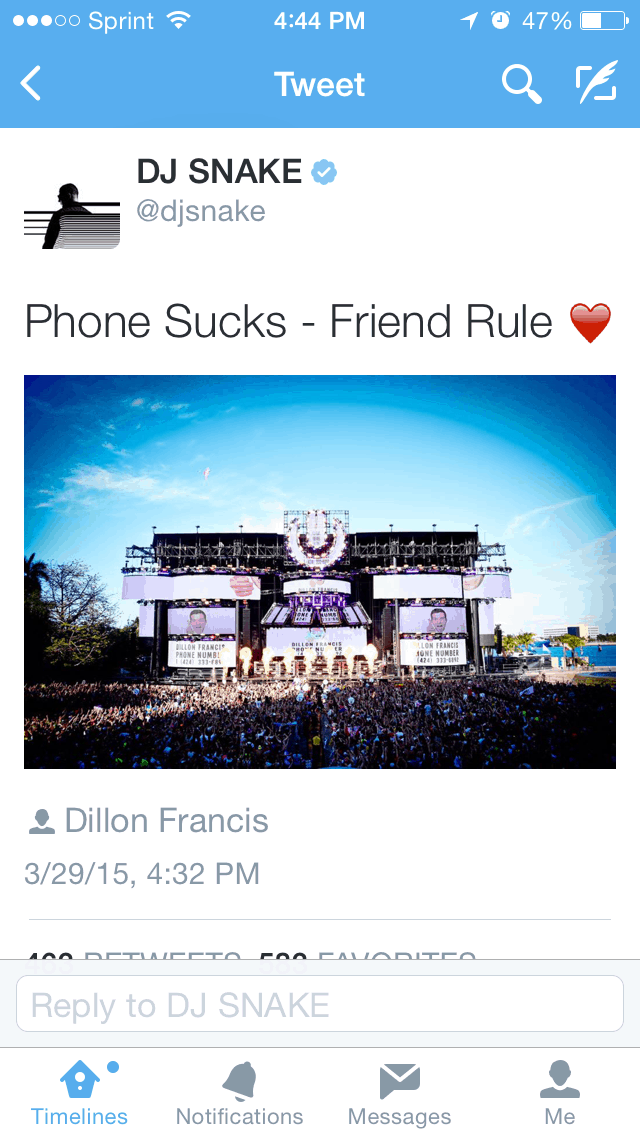 Here’s the picture DJ Snake attached in his adorable tweet to his BFF: 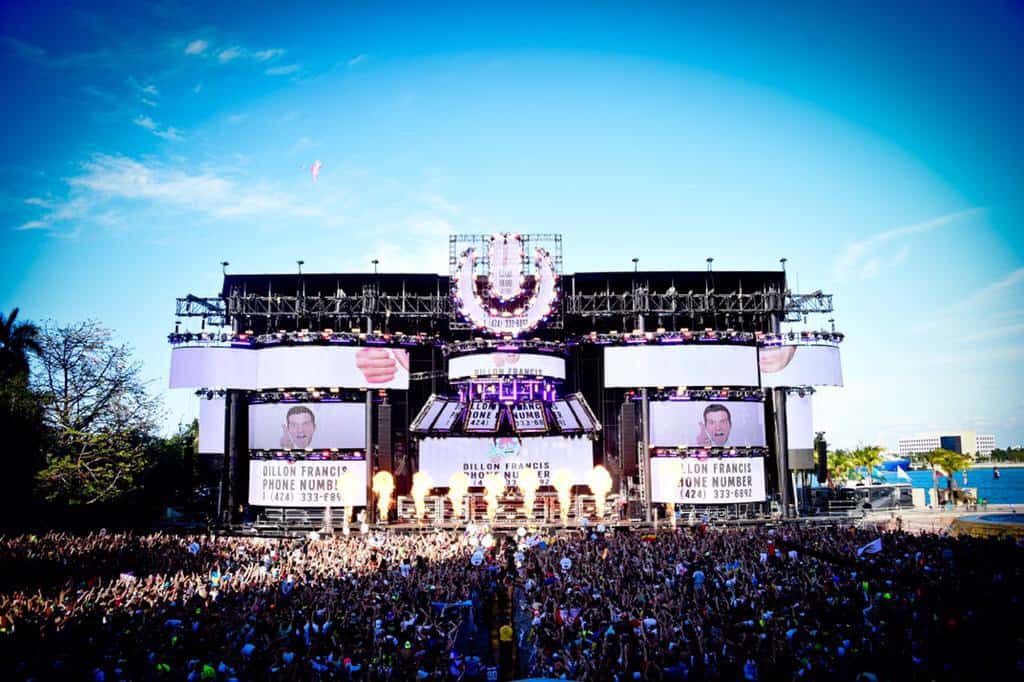 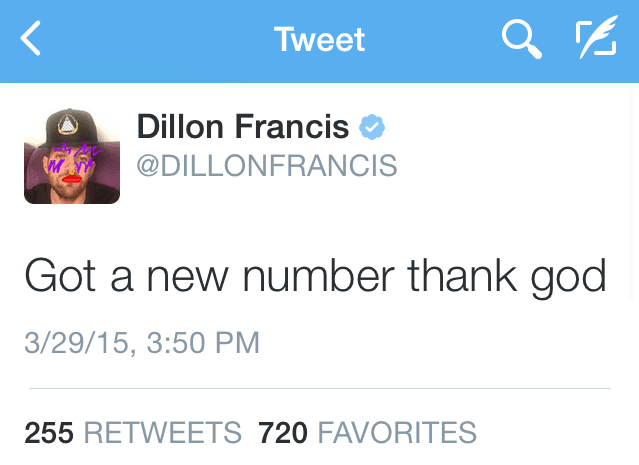 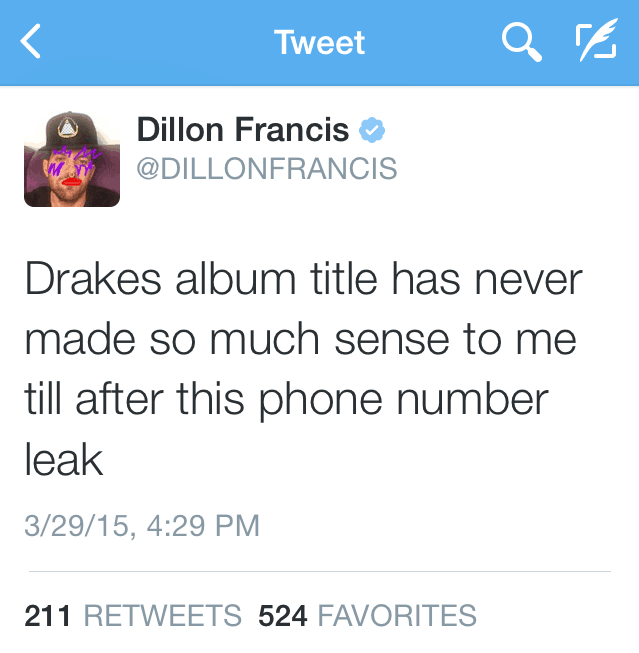 Here’s the album cover that tweet was referencing in case your name is Patrick Star (you live under a rock; that’s a Spongebob reference.) 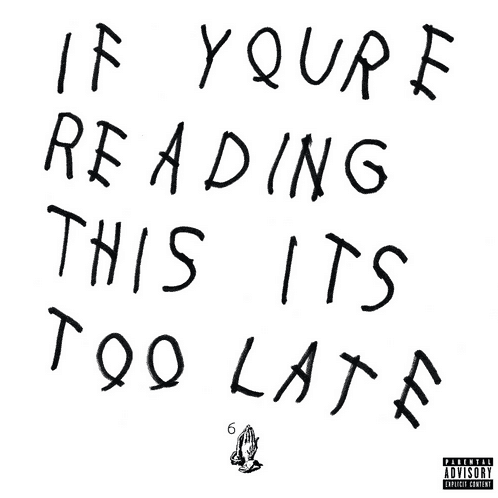 A few fans on Twitter reminded us all of the phone number prank a few years ago pulled by none other than Deadmau5. 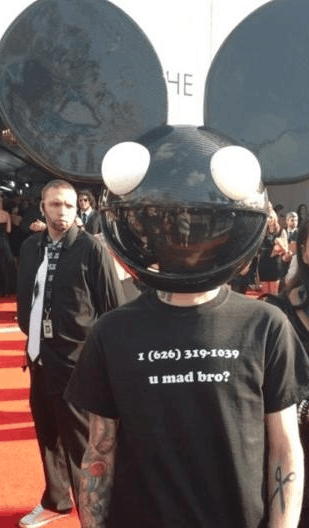 At the 2012 Grammy Awards, he wore a T-shirt with Skrillex’s phone number, and you can read the rest of that story here: http://www.accesshollywood.com/deadmau5-pulls-grammy-prank-on-skrillex-wears-his-phone-number-on-shirt_article_60546

Dillon Francis will be here at the San Jose State Event Center on April 17th for the SOLD OUT LED San Jose show.

Here’s the rest of the lineup: 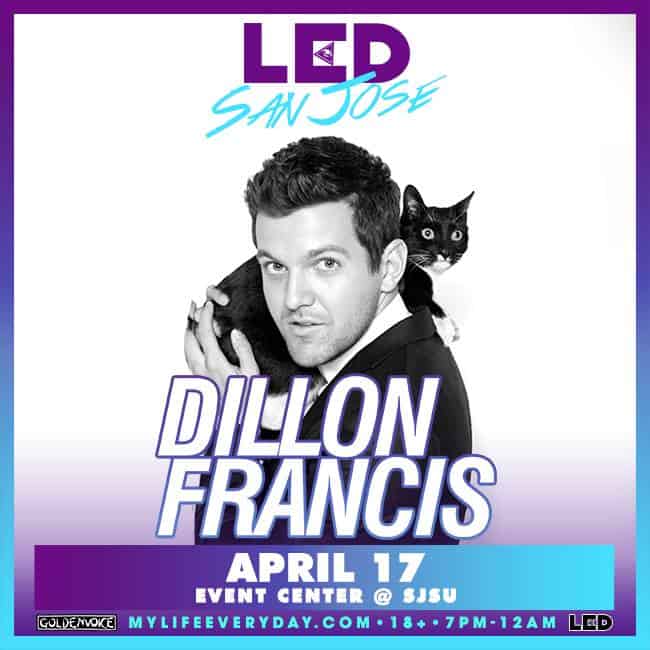 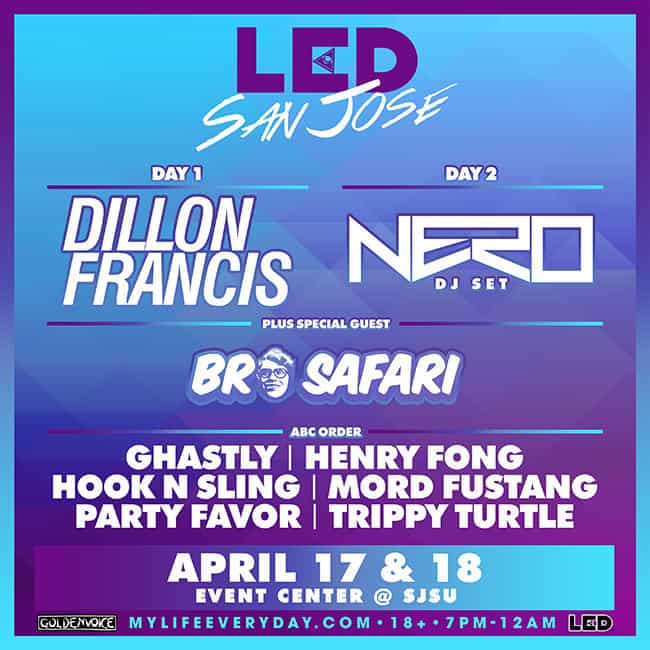 Here’s a playlist to get you hyped:

Stay tuned to 90.5 KSJS for your chance to win tickets to the show!!! 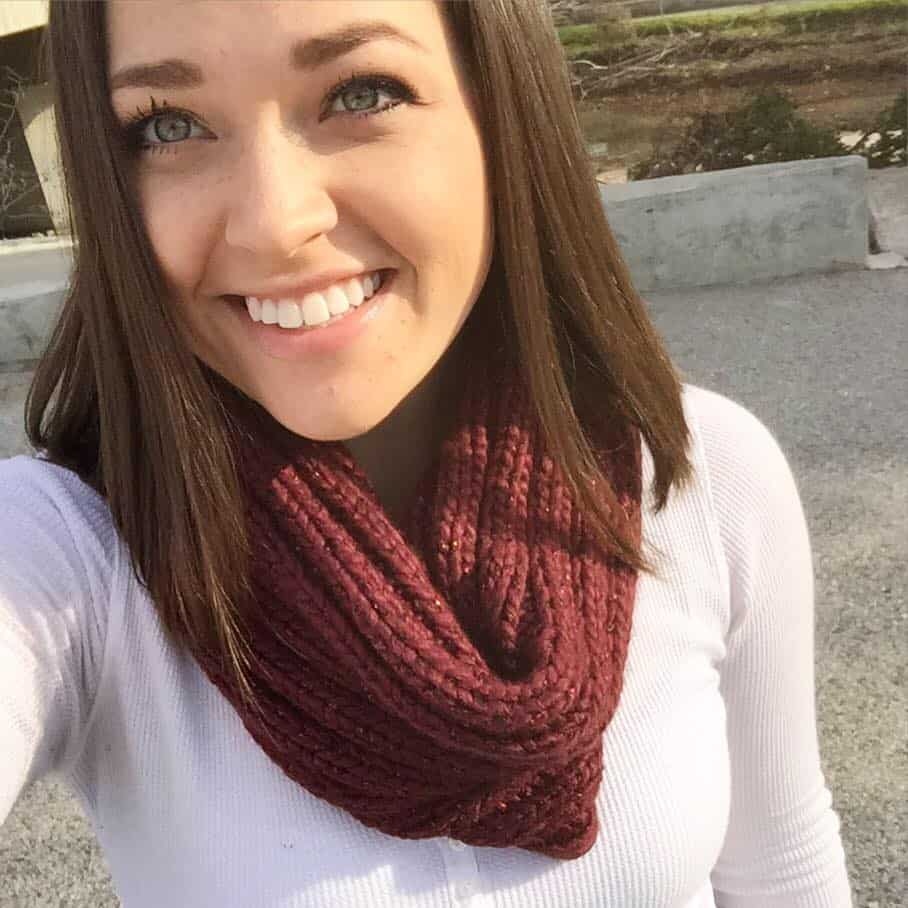 I talk to you on the radio every Thursday morning from 6-10am on my show the Morning Mocha 2.0 on 90.5fm KSJS and online at ksjs.org/listen. I also post stuff on social media sometimes so you can stalk me here: