If you grew up as a Latino Americano in the Bay Area (like yours truly), then your musical reference comes from either your parents or your friends. You probably grew up listening to artists like: Mana, Selena, Shakira, Juanes, Julieta Venegas, Café Tacvba, Molotov, Enanitos Verdes, y en entre otros mas. In fact, you were probably around when Caifanes changed their name to Jaguares, or when RBD was the coolest Latino teen band that you knew since Menudo. Since then, a lot has changed and the alternativo scene is not what it used to be 5 even 10yrs ago. There are new artists in the scene changing the alternativo landscape. Lately, the music scene has been buzzing with indie, folk, and electronic artists, and it comes to no surprise these trends have trickled down to Latin America.
But it’s hard to keep up when there isn’t many media outlets covering alternativo news in the Bay Area. It’s even harder when every other Latino radio station plays banda, corridos, etc. Although, banda or corridos are great genres, as a Latino, a little diversity in Spanish musica would be appreciated. Regardless whether you use Pandora or Spotify to get your weekly fix of alternativo, now a days, you can count on 90.5FM KSJS to keep you up to date with the latest trends in everything music related. Ademas [Plus] we will be featuring local bay area talent and national artists influencing the alterntativo music scene.
Below, I have complied a starter kit to get you up to speed with today’s music scene for the summer.
Although summer has recently started, Bomba Estereo just dropped the album of the summer with Amanecer. Their signature electro tropical / psychedelic cumbia sound is fused with familiar EDM beats that make the album infectious. All the songs are on-air worthy- “Soy Yo” has a dance/ reggaeton vibe while “Somos Dos” and “Algo Esta Cambiando” have a mellow electrónica feel that can be found trough out the album.

Making her way up the music industry is new arist Raquel Sofia. After providing vocals for Shakira and Juanes on their tours, Puerto Rican artist, Raquel Sofia, makes her debut with Te Quiero los Domingos. Lyrically, she is similar to Taylor Swift or Paquita la del Barrio. Her lyrics are based of her life experiences with relationships; which of course, translate to some awesome songs with a love/hate relationship toward men, hence the song titles “Te Odio los Sabados” and “Te Quiero los Domingos”.
[youtube]https://www.youtube.com/watch?v=fXxnW_Vtu3U[/youtube] A new trend catching popularity with artists is a neo-vintage sound. Many artists are releasing songs influenced form the 80’s like Prayers or 70s like Alex Andwanter. Bajocielo is a new up and coming band from Guadalajara, Mexico. And they have nailed a neo-vintage Soul Pop sound that just takes you back to the 60’s/50’s like “Que es lo que pasa?”.

In alternativo music there are many good finds in the indie rock scene. For instance, coming back from a 4 yr hiatus, Porter are back with their new album Moctezuma. These guys have been in the spotlight in both Latin and American markets and have performed in big stages like Coachella and Vive Latino. Their latest album is an experimental rock/ indie pop sound sometimes described as vanguardish. Interestingly, the album itself has a Mexican folklore thematic beginning from the album’s name (Moctezuma) to the artwork to the song names (ex. “Huitzil”).

It’s not always that you hear folk in Spanish. Taking part in the new wave of artist, Charlie Rodd introduces many listeners (many their first time) to some good pop folk tunes. On “Historia” he pairs his voice well to an upbeat rhythm that makes you want to nod your head and stomp your feet.
[youtube]https://www.youtube.com/watch?v=r4dB8mu-VPs[/youtube] If all this is too overwhelming and over your head, no worries, the next set of artists will be more familiar.
Mana released their latest album a couple of weeks ago. This guys have been around since 1986 and are still pretty relevant in the music scene. On this album, Mana stays true to their original pop rock style that fans love them for but also manage to experiment a little. For instance, “Somos mas Americanos” is a corrido rock cover from Los Tigres del Norte
and “Suavecito” has a cumbia/ reagge pop rock sound both new sounds coming from the artist.
Also, for the first time they collaborate with Shakira in a highly anticipated track that showcases the Guadalajara band’s softer side on “Mi Verdad”.

Both pop veterans, Natalia Lafourcade and Ximena Sarinana, have also released new albums this year. And Kinky re-invented themselves with a remarkable MTV unplugged album. If you weren’t a Kinky fan before, you might want to reconsider it. Check them out on their new take of “Adonde van los muertos?” featuring Carla Morrison.
[youtube]https://www.youtube.com/watch?v=TCLgRYQ3pTc[/youtube] Off course we have only scratched the surface, but it’s a good baby step as you get familiar with new artists and sounds. For a complete list of artist that we are playing on-air, check out the Alternativo en Espanol department page. 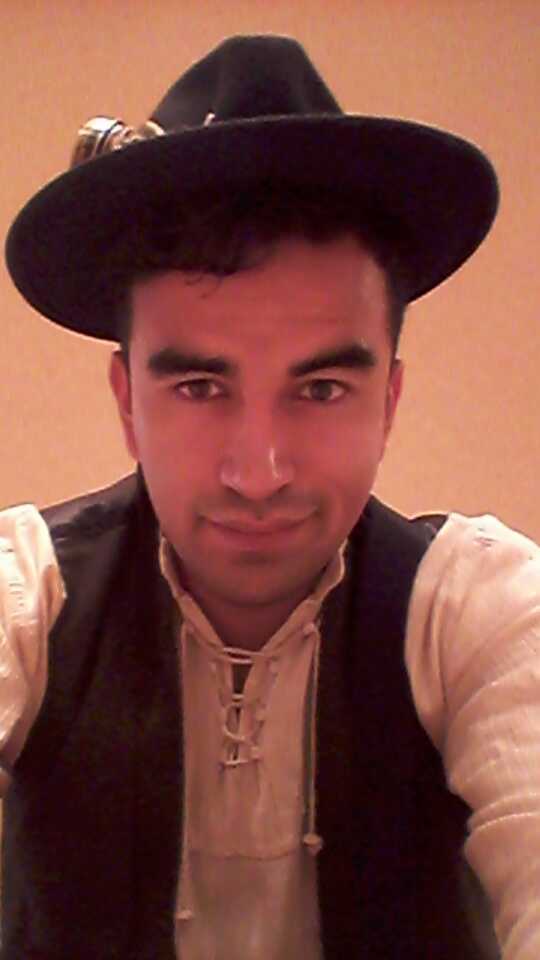 I’m on air every Wednesday from 2pm-6pm on my show ‘Pico De Gallo‘ and I have a duo show with Jay on Sundays from 10am-2pm called ‘Shakira Sundays‘.