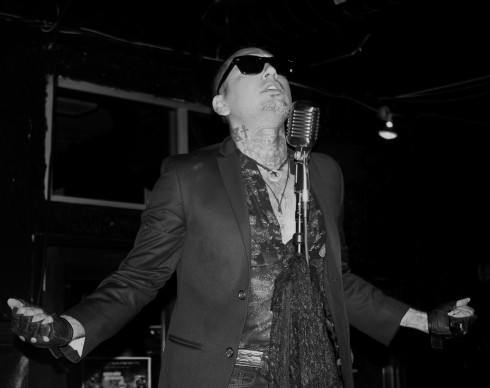 Photography and Story by Ruben Casas

Thursday night at the Back Bar Sofa, an anxious crowd patiently awaits the arrival of music’s latest buzz- self-described Cholo goth duo from San Diego, Prayers. And as the duo graced the stage, both dressed in black- Dave Parley with his distinctive long hair and beard and Leafer Seyer with his signature sunglasses and body art- the crowd greeted them with cheers. 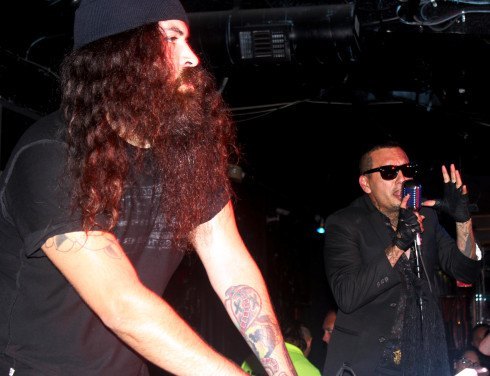 Like many, when I first heard of Prayers, I was wary. This was not my first rodeo with Cholo goth. Back in Fall of 2014, I first experienced the subculture at the Rock Shop when la San Cha was on tour. Let’s just say it was more theatrics and screaming than singing. 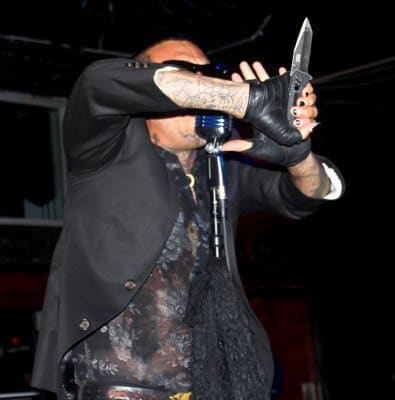 Prayers are different- they are innovative and pioneers. Inspired by artists from the 80’s like Depeche Mode and Christian Death, they fuse their electro industrial beats with lyrics that draw from personal experiences. Simply put, Prayers keep it real.

Having heard their music beforehand, I too was among the anxious crowd waiting patiently to hear early favorites like “Gothic Summer” and  “Ready to Bleed”. Their performance that night was fire. Staying true to their selfs, Seyer performed with a pocket knife to yield life to his songs. And while Dave was in his zone creating music from the beats pad, Seyer energized the crowd. In fact, a small mosh pit ensued in  the back. Getting to see Prayers was to experience Cholo goth.

Towards the end of the show, Seyer grew a bit irritated with the sound quality on stage. Concerned to provide his audience the best performance, he eventually jumps into the crowd to sing with his fans. Seyer, in midst of the audience,  sang with his fans “From Dog to God”. The juxtaposition within the song’s chorus made this the highlight of the night. Tonight he was not alone. 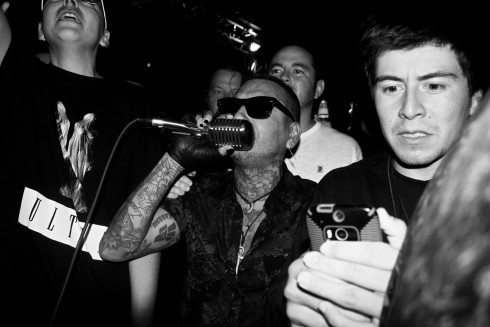 “From dog to God

I’m alone in this world

From dog to God

I’m alone in this world

Following the footsteps of any great artist, they didn’t forget to “support those who support you”. And at the end of their performance, they were found greeting their fans and taking pictures. Prayers, both talented and humble. 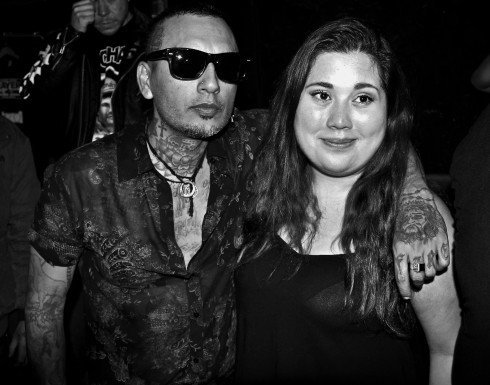 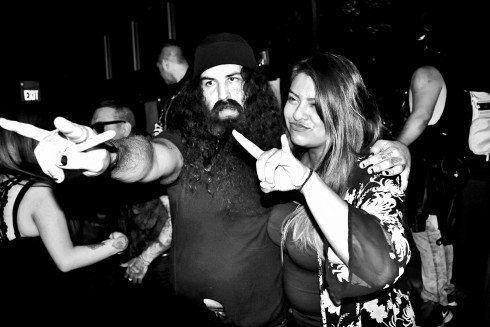 Our staff (also fans) posing with Prayers during their impromptu meet and greet. Can you blame us for trying to be cool? Good job Sonido Clash for bringing yet another amazing artist to San Jose! We can not wait for the next one.

Stay connected with Prayers by following them through social media! 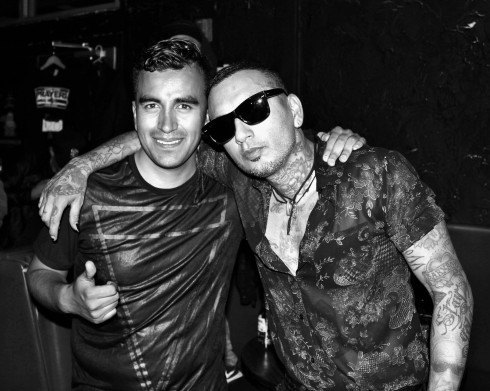 I’m on air every Wednesday from 2pm-6pm on my show ‘Pico De Gallo’ & I have a duo show with Jay on Sundays from 10am-2pm called ‘Shakira Sundays’.