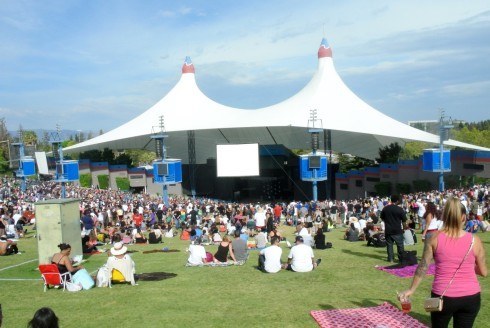 This past sunday (July 19th), the Urban crew was in attendance at the Art of Rap Festival at Shoreline Amphitheatre. Myself (StrongArm), DJ Berlyn, DJ Combsy, White-Tee, Dee-Tr3yn, DJ Zordon, Shiva Diva, DJ-Go-Get-Ahh, Youngster Joey, Ghoulboy Joo, Kydd Sasquatch, Jasmine (Social Media) and Patrick Pinata were all in attendance  for the day-long festival along with many other friends and affiliates of ours. Although we were scattered at times, there was a meeting spot in which we all congregated and met up at various times of the day. 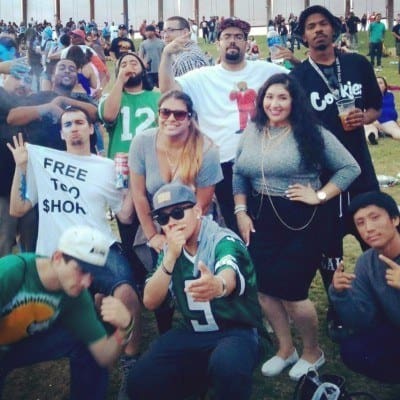 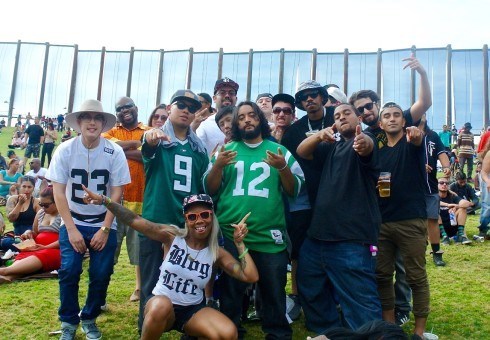 Watching many of the acts responsible for the origins and emergence of hip-hop as a musical genre was a great experience. Most of us did not live through the importance of acts such as Kurtis Blow, Kool Moe Dee, Big Daddy Kane & Afrika Bambaataa, however growing up around the culture and hearing these infamous names was enough for us to understand the impact. That combined with documentary footage, and the crowd of 10,000+ which attended the show , many of whom were in their 30s, 40s and 50s proved to us that we were witnessing a once-in-a-lifetime festival. It is very unlikely that one event will host this many relevant names again in the future. 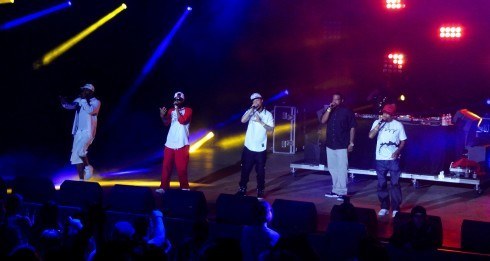 Many DJs agreed that Bone Thugs set was magnificent. It was among DJ Berlyn, myself and Dee-Tr3yn and many others’ favorite sets at the show, this might have to do with us being under 30. Overall I thought a lot of the acts were very impressive and it was a great atmosphere seeing OGs vibing out to the music that has laid the foundation for what we call hip-hop today. I personally enjoyed DJ Quik, Warren G, Xzibit & Bone Thugs’ sets because I was more familiar with their content, but I have to say Big Daddy Kane and Kurtis Blow were awesome as well. A defining moment was seeing members of the Sugarhill Gang and Grandmaster Caz of the Cold Crush Brothers performed “Rappers Delight” together, putting previous conflict over who wrote the song behind them.  There were certain sets that I didn’t see from up close so I can’t recall the specifics but I’m sure they were solid, the likes of The Alkaholiks, Mobb Deep, etc. This was a great event, and we were very proud to play a role in promoting

it on the air, giving our listeners a chance to win

, as well as attending the show in big numbers ourselves.