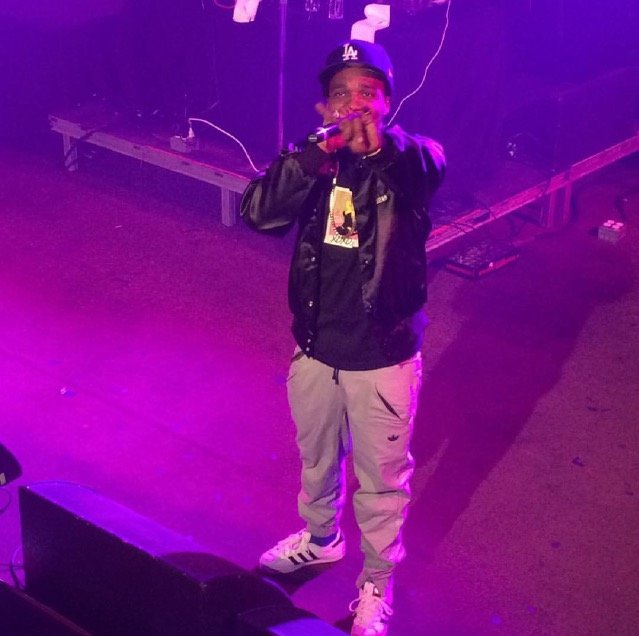 Written and Photos by Victoria Silva

“And I’m still…” Curren$y paused for a quick moment while the crowd yelled back finishing his line “looking famous!”

Curren$y, The Hot Spitta, a New Orleans based rapper blessed the stage at The Catalyst in Santa Cruz, California.  He is currently on tour promoting his upcoming album Canal St. Confidential which drops December 4th via Atlantic Records.  Curren$y is an underground rapper, with a huge enough fan base you would think otherwise.
The Catalyst is a large enough venue to bring in a big crowd, but intimate enough for the whole place to get a good view of the stage and the performers.  During Curren$y’s Jet Life tours, he performed for sold out crowds.  This show was much more intimate with a smaller than usual crowd, but Hot Spitta did not disappoint and the audience likewise did not seem to disappoint him either.  Although he was promoting his upcoming album he did an hour and a half set of all his old jams from previous albums and mix tapes.  Curren$y performed his set as if he was going back in time with the next track even older than the previous. The crowd agreed with excitement and surprise as he continued to play songs his loyal fans had never seen him perform.
His whole show was an interaction with him and the audience.  He would start to perform then cut the music and rap accapella and he was pleased and surprised that his fans finished off the verses along with him in unison.
The New Orleans native finished it off with a sneak peek into his album performing two new songs.  Curren$y then jumped off stage and walked into the crowd to show love to his fans by signing and taking pictures.  He’s an underground rapper, but if a stranger was looking in he’s “still… Looking famous.”