– What started as a music-industry bowling league back in 1999 has become one of the premier punk-rock music festivals in the United States. Punk Rock Bowling celebrated it’s 18th year over Memorial Day weekend in Downtown Las Vegas. It’s been incredibly special to watch the festival grow over the years and develop a life of it’s own (I started going in 2011). Here is what makes Punk Rock Bowling special!

The Festival – Punk Rock Bowling moved to Downtown Las Vegas in 2011. That was my first PRB, and I took a Greyhound bus from San Francisco to see Headliners like the Descendents, Cock Sparrer, and Dropkick Murphys. Since then, the festival has expanded to include more bands, more vendors, and more space to socialize. This year included the following notable acts rocking the festival stage! It’s interesting to note that there is only one stage at PRB. This allows the crowd to feel the outdoor festival vibe without it seeming overwhelming. Punk Rock Bowling’s festival setup (tweaked ever so slightly over the last few years) felt absolutely perfect this year. This year kicked off with FLAG as the headliner. FLAG (led by Keith Morris) are a group of musicians playing Black Flag classics (many of the members were in Black Flag at some point or another). FLAG had headlined in 2013 and recently came back from a hiatus (all the guys have other bands). They seemed more comfortable with the material and truly excited to be a part of PRB! Two classic UK punk bands (The Exploited and The Subhumans) shared the stage that night. Both classic punk bands sounded fantastic and really provided a different  perspective compared to FLAG’s California punk sound. Subhuman’s side project Culture Shock is touring the USA this summer so be sure to check that out! The second night featured some classic pop punk, with the Buzzcocks and Descendents providing fans with all the sing alongs they could ever hope for. The Buzzcocks don’t make their way over to the USA too often (the last time I had seen them was at Coachella) so it was really a treat to be able to hear them play hit after hit. The Descendents played all the hits but also featured a bunch on new material too! Their new album is out on Epitaph this July so make sure to check that out! The third night was headlined by Dag Nasty, Face to Face, and Flogging Molly! Dag Nasty and Face to Face both have new albums out this summer, and their new material seemed to be really well received. Flogging Molly closed out the festival with a fantastic set under the Vegas night. Flogging Molly have a huge following and brought out some fans that had never attended PRB before. The outdoor fest is really a wonderful sight and highlights the beauty of the festival, especially with thousands of punks singing along to classic 80’s punk tracks in Sin City on one of the busiest holiday weekends!

The Club Shows – One of the best things about Punk Rock Bowling is the club shows! Every night after the festival ends, a few club shows are offered in local venues for fans to keep rocking! The club shows are all located near the festival and Fremont Street hotels, so it gives you a chance to head back to the room to drop off your merch, grab a drink from your room, and head out to catch more bands without missing much of the music at all! Club shows usually feature intimate sets from bands playing the festival, side projects, and other bands that have a strong following within the community. These shows usually sell out quickly so it’s important to keep track of when they go on sale through the main PRB page (listed below). Some notable club shows this year included Teenage Bottlerocket, Leftover Crack, Anti-Nowhere League, MIA, Slapshot, and H20! One of the most popular recurring club shows is Punk Rock Karaoke, where fans can sign up to sing punk classics to a large crowd, complete with a mosh pit!

The People – The great part about PRB is that it’s big enough to feel like a festival, yet small enough to be able to recognize people and foster a sense of community with the crowd around you. I have formed friendships with many people over solely the fact that we would continuously run into each other over the course of the weekend and check up with them on how their band/record label/vegan burrito business/roofing company is doing.

Bowling/Poker – It’s easy to get so absorbed into the music that you forget that Punk Rock Bowling is a Bowling tournament! Shuttles from the Golden Nugget hotel take bowlers to compete for cash prizes! These tournaments are held in the morning so that bowlers are still able to make the festival! There is also a Poker Tournament that you can sign up for on the PRB site!

The Pool Parties – The pool parties are one of the coolest things about PRB. Imagine being able to see some of your favorite bands while also enjoying a refreshing beverage in the pool! This year had Roddy Radiation (From The Specials), The Angelic Upstarts, and The Lower Class Brats headlining the pool parties. These parties take place at the newly renovated Plaza Pool, so make sure you arrive early to check them out!

The Vendors – There are some awesome vendors at Punk Rock Bowling! In addition each band being allowed to have their own mercy table (something not all music festivals allow), there are a bunch of vendors selling vinyl, pins, patches, purses, t-shirts, and other stuff! It’s always great to check out what Fat Wreck or Machete have to offer. There are many great food trucks (including vegan options!) to keep you fed! Special thanks to the taco stand that’s there year after year!

Fremont Street – Every year, Fremont Street turns into a playground for punk rockers! It’s always entertaining to see traveling families struggling to read the t-shirts and back patches of the punks as they go from bar to bar on Fremont Street. The Plaza and Golden Nugget are the two official PRB hotels, so make sure to book them through the PRB site later this year for the best deal! There are plenty of places to eat, drink and gamble on Fremont Street! 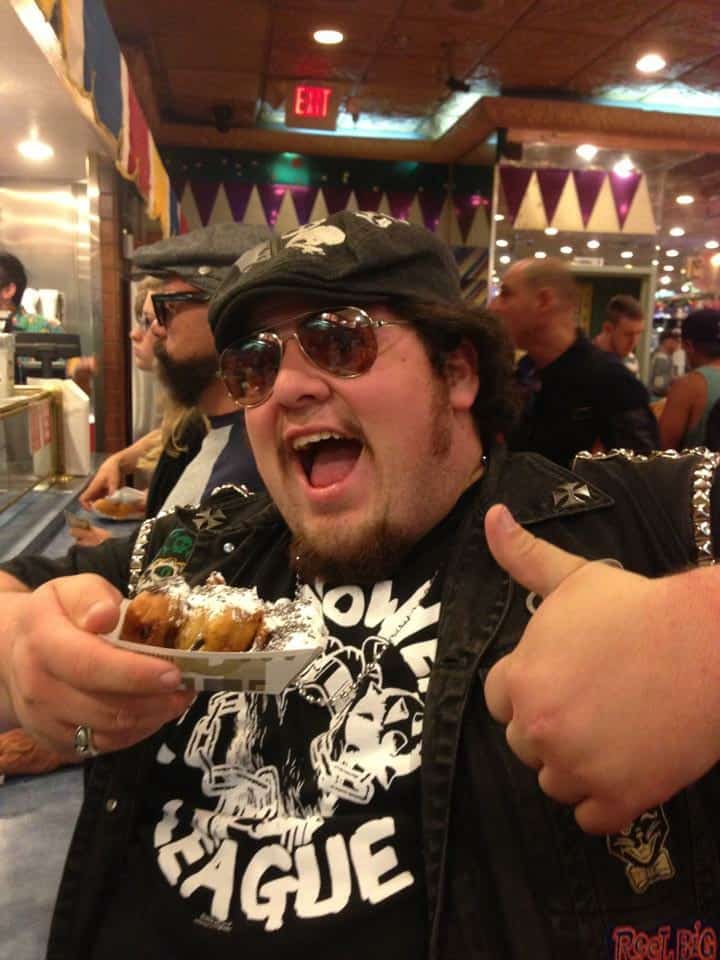 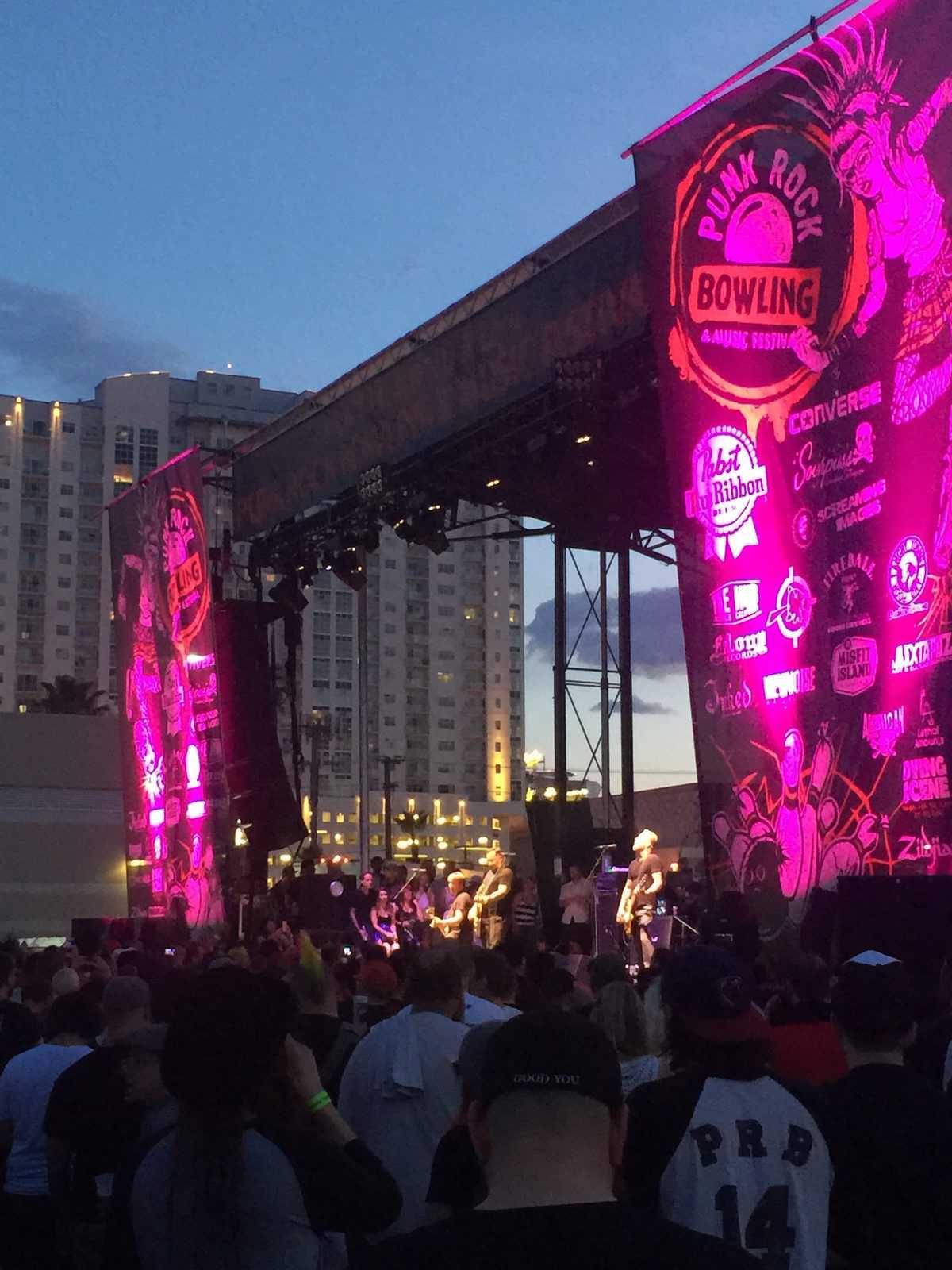 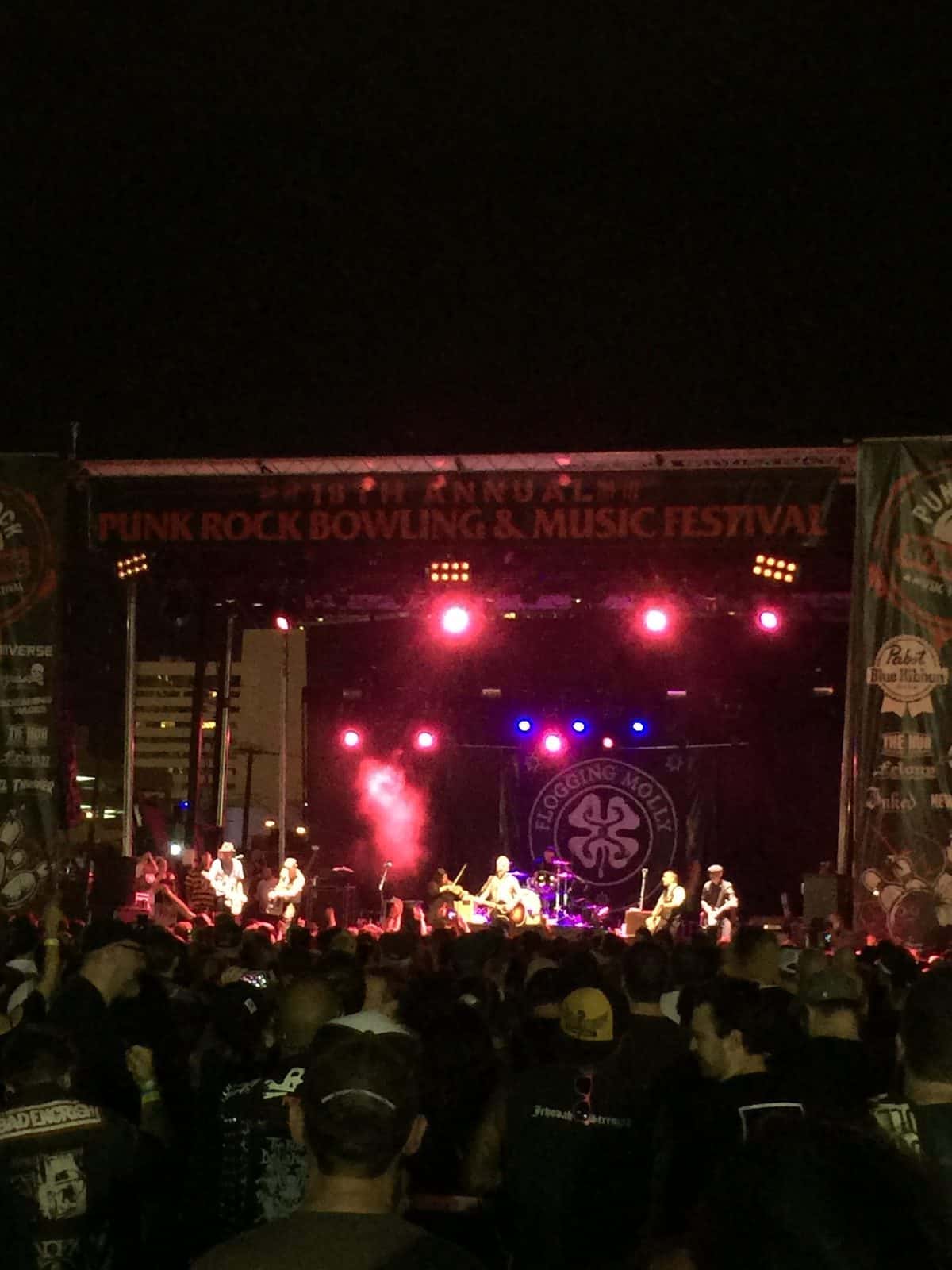 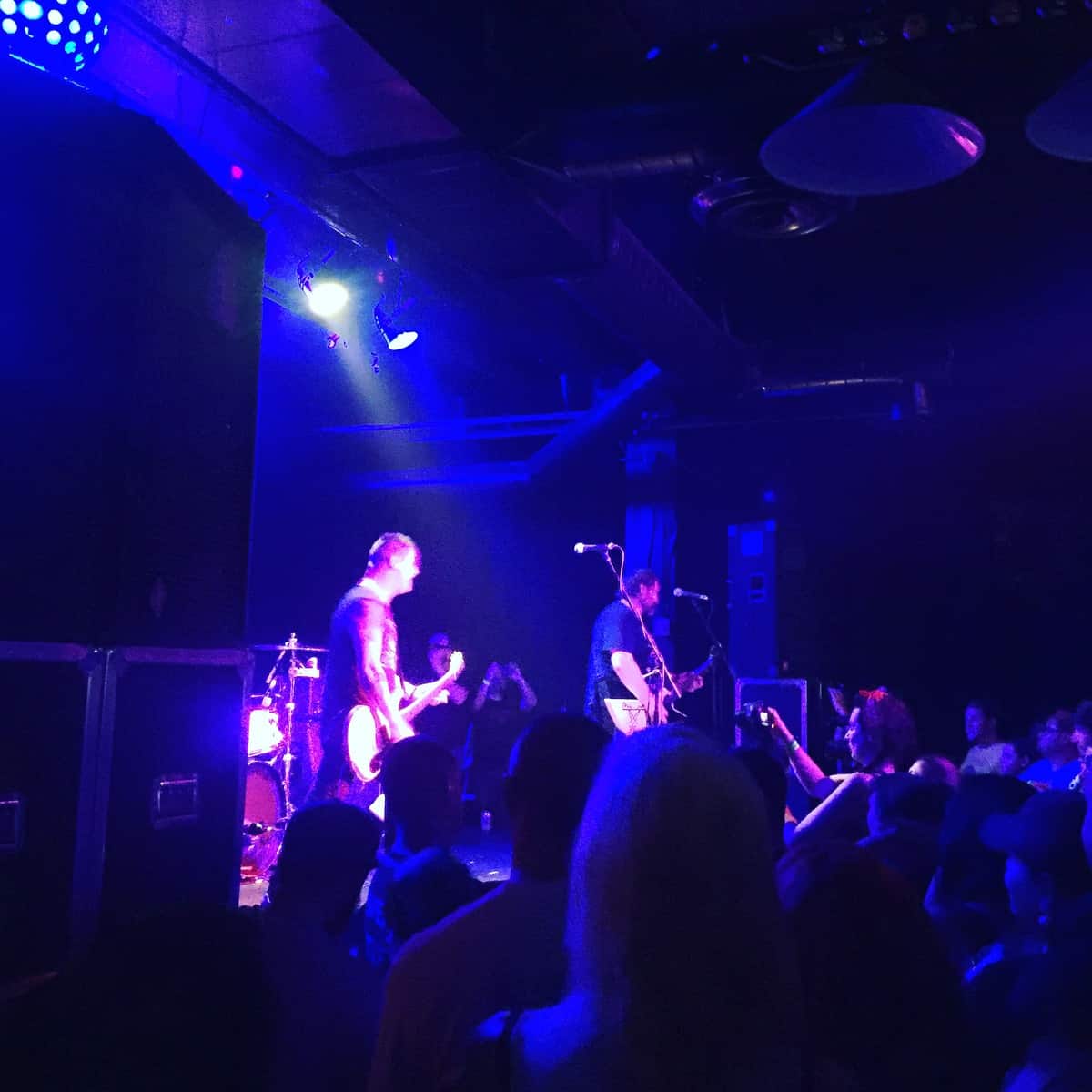 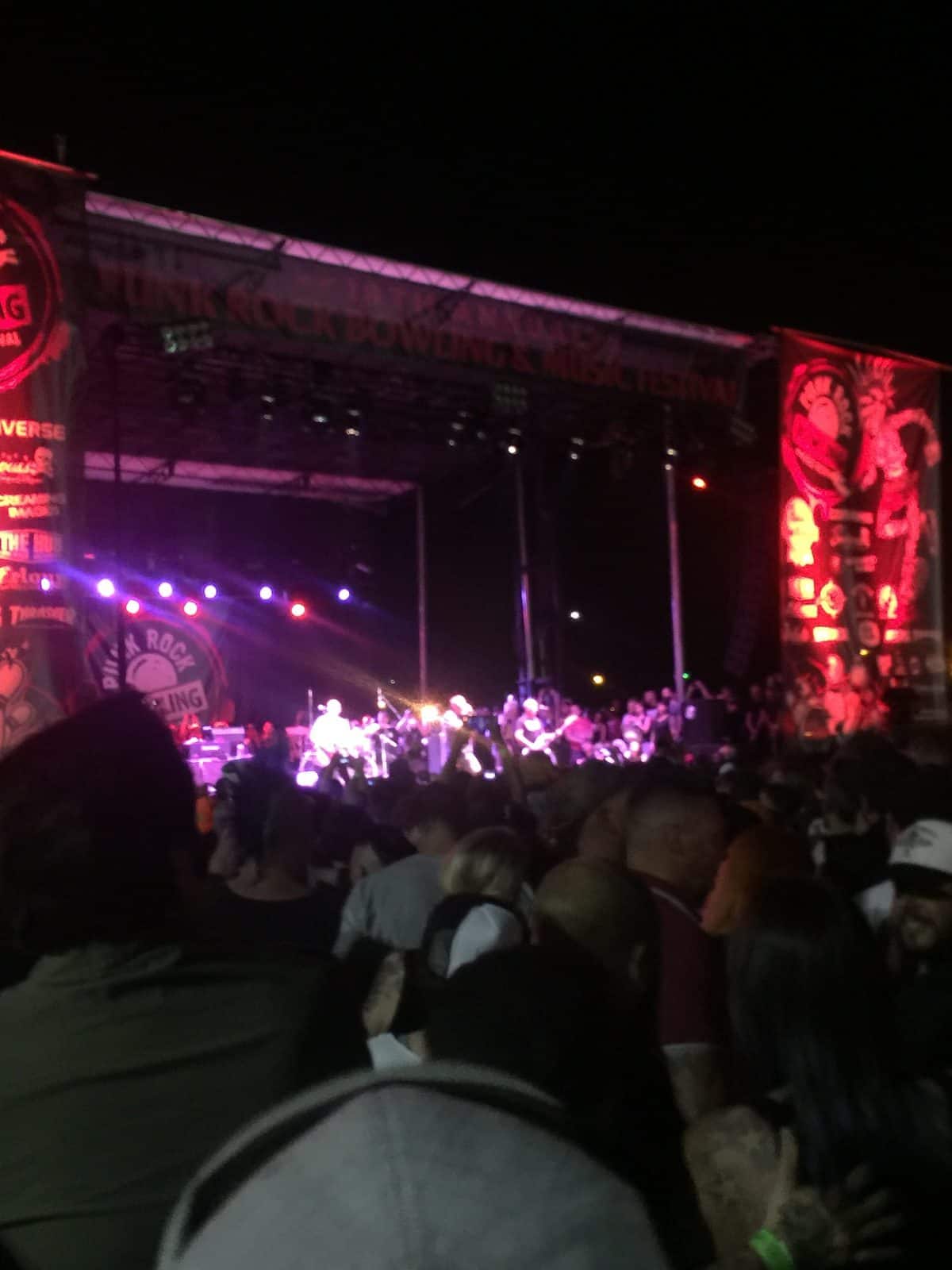 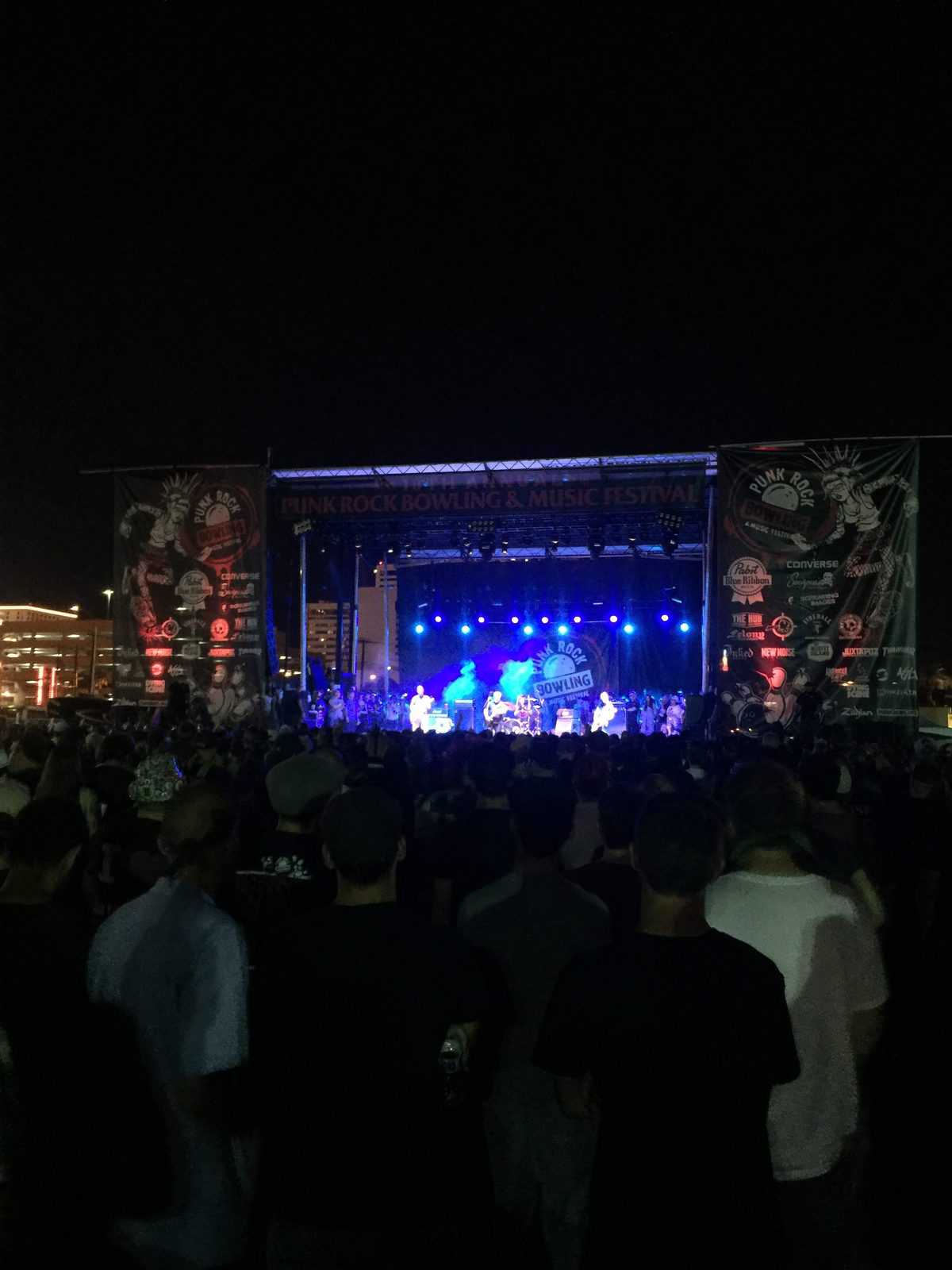 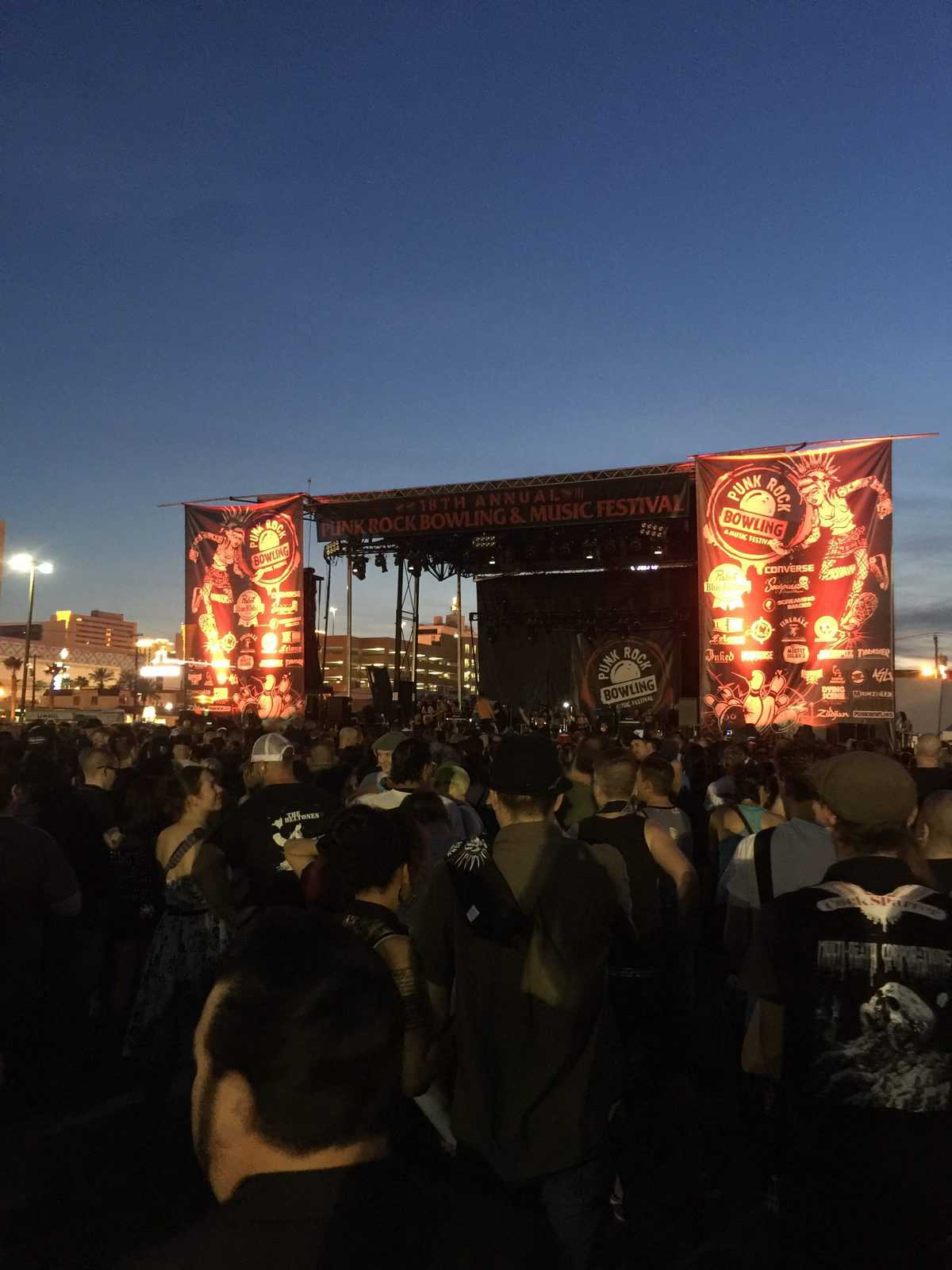 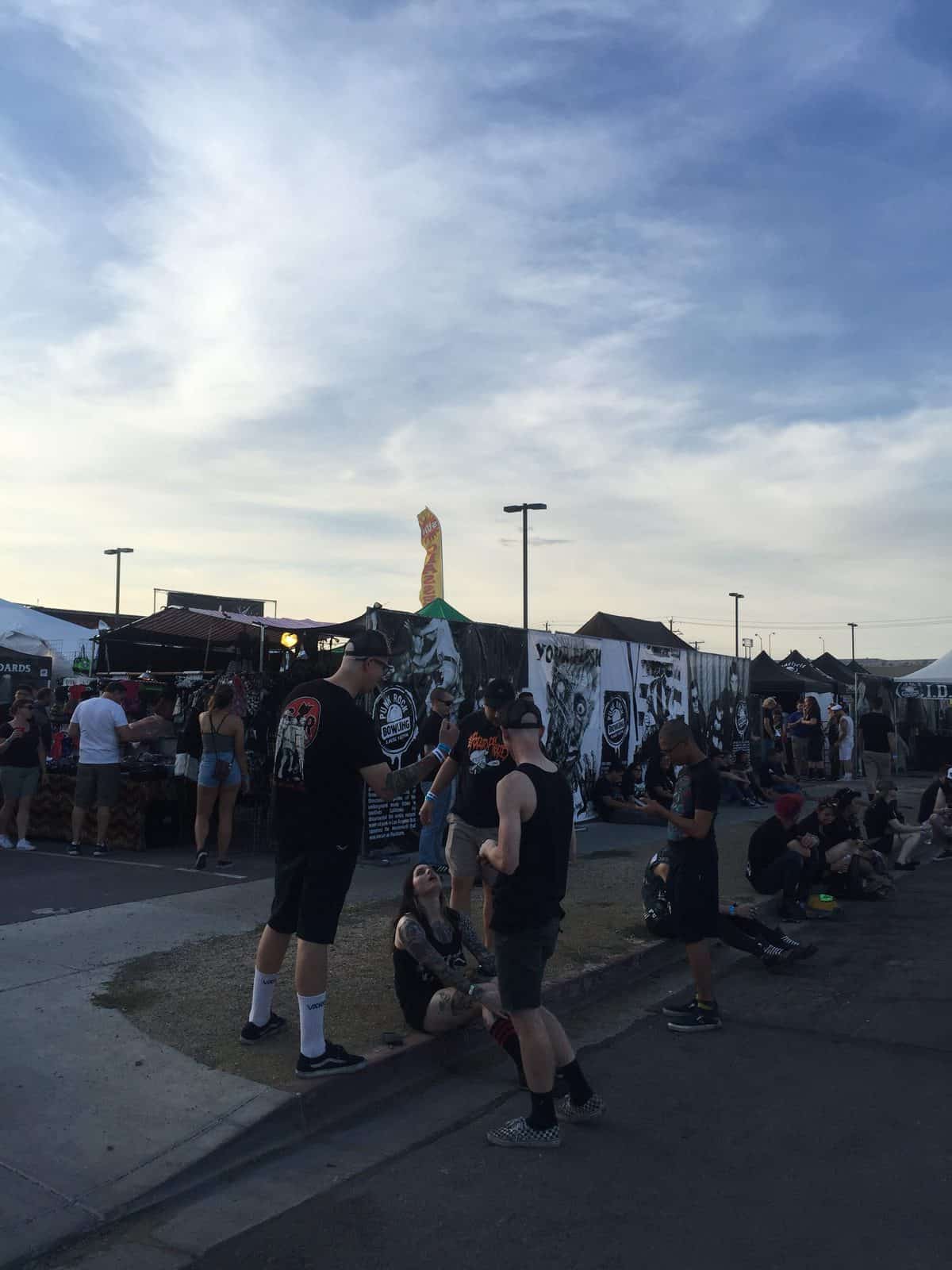