Some of our KSJSers have taken the time to write about their favorite concert memories, and we’ve been posting those stories on our blog here. Each individual story is quite unique, but endearing passion and joy prevail in each one. Read with care and enjoy. You can check out Part 1 here!

My favorite concert I attended was Electric Bounce House on March 16, 2017 in Oakland, California at the Fox Theater. St John, Krewella, Steve Aoki, and Axwell ^ Ingrosso performed and it was more than just an experience.

Not only did each and every single one of them blow my mind, but I even got to go on stage with Steve Aoki. I’ll never forget that moment.

My friend Dylan put me on his shoulders and although I was worried I would be too heavy for him to carry, it resulted in me being pulled onto stage by security.

Steve Aoki yelled “I need four of the craziest [insert swear word here]” and luckily for me, I was one of them. It was such an insane, exhilarating moment that I didn’t even realize they chose me and I continued to keep dancing on his shoulders, looking absolutely clueless.

Climbing onto the stage was actually so much more difficult than I had expected and I barely got myself up there in time before the beat dropped.

I probably looked like an absolute idiot, and a terrible dancer, but it was still one of the biggest peaks of my entire life.

As soon as I got up there, I forgot all about everything else that was going on in my life. I did not really look into the audience much because the lights were so incredibly bright and blinding.

Although I totally looked like a fool dancing all over the stage, going back and forth, and stumbling while trying to keep my balance from the extreme amount of bass on stage.

I will never be able to forget March 16, 2017 for this very reason and wish I could go back every single day. -Emily Dunn 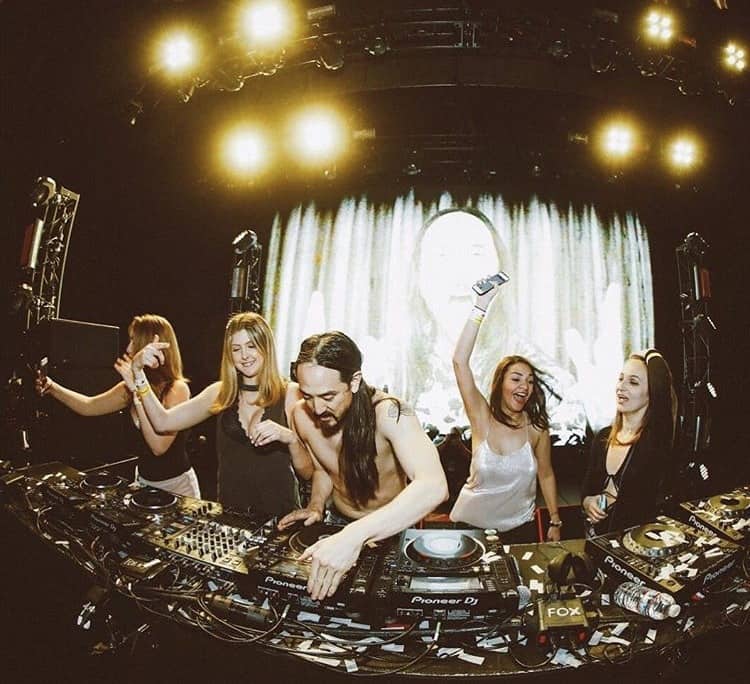 My greatest concert moment was my first ever concert I attended back in 2014, the Clockwork Indigo Tour. The tour consisted of two rap groups under the name of The Underachievers & Flatbush Zombies. Together as a collaborative group they created Clockwork Indigo, inspired by the Stanley Kubrick film, A Clockwork Orange.

Now if you know me then you would know I am a big fan of the Flatbush Zombies, so when it was time for their set after The Underachievers performed you knew I had to get buck wild. They opened their set with 1/3 of Flatbush Zombies, Zombie Juice, announcing the other two members, Meechy Darko & Erick The Architect, as if they were wrestlers entering the stage.

After they were introduced they started their set off with a bang by performing “Don’t Do Drugs Kids.” Midway through their set was when the mosh pits were only getting chaotic.

They decided to perform a song they collaborated with ASAP MOB called “Bath Salts,” which only created more ruckus from the crowd. The first verse was Meechy Darko’s, who’s known as the rock star of the group due to his stage presence and vocals that can control the crowds’ energy.

Towards the end of Meechy Darko’s verse he stage dives face first into the crowd as he turned his fans into a swimming pool. He then walked himself back to stage, which was towards where I was at.

While  Zombie Juice was still performing his verse, Meechy Darko reentered near the stage where he stood by the fans to catch his breath. While doing so, a group of 3 ladies in front of me called him over for a picture. He came over and took a selfie with them with his infamous pose, which was his hands on his head as his eyes were rolled back with no sight of his pupils. While they were capturing their moment, I decided to whip out my phone in a heartbeat and take a selfie.

Despite it not officially being a selfie with Meechy Darko himself, I’m glad I got to capture the moment and be in the same presence as my favorite rapper. -Philip Laquian

Stay tuned for one more roundup of stories, and feel free to share your own in the comments below! We’d love to hear about the music that means the most to you.