Some of our KSJSers have taken the time to write about their favorite concert memories, and we’ve been posting those stories on our blog here. Each individual story is quite unique, but passion and joy prevail in each one. Read with care and enjoy. Also be sure to check out Part 1 and Part 2!

You may not consider raves as a music concert, but ILLENIUM played in San Francisco last year for his Awake tour with a live band.

It was my first “rave” that I truly enjoyed so much, and considering I didn’t even know who ILLENIUM was, I enjoyed every moment of his performance.

He had guest artists like Said The Sky (Trevor), Day and Dabin to play piano, drums and guitar for the show.

ILLENIUM’s music is a genre of EDM called “future bass” or “melodic dubstep.” His music can sound very depressing and sad with the lyrics that are in his songs. In general, his music can make you feel very emotional and “vibey” at times.

There are parts during his performance where he changes things up and goes for a really heavy dubstep drop. But for the most part, the show was very emotional and had positive vibes all over.

I got separated from my group, but that did not stop me from enjoying the show. It was one of the best experiences I had at a concert.

During the show, I felt really connected with the music and the people around me. That’s the best feeling you can get at a concert, to feel like everyone is here together enjoying the music.

This was my first time crying at a concert, and won’t be my last as I’ve seen him two other times. I am very excited to attend four of his shows this year. -Kevin Phan 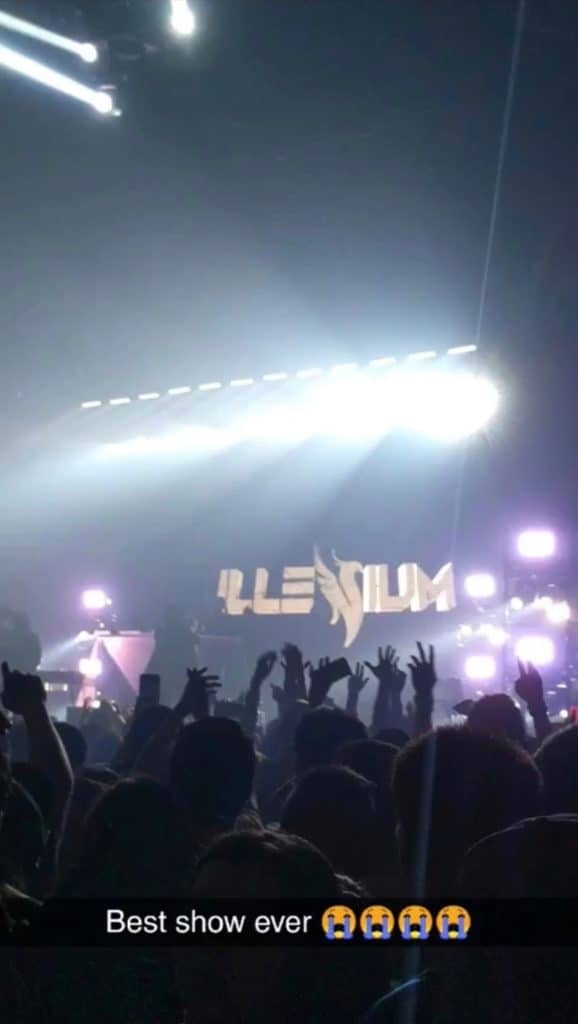 Johnny and The Wiggles

This summer on June 9, 2018, I attended my first concert to see The Wiggles at the City National Civic in San Jose.

If you don’t know, The Wiggles are a very famous Australian music group that primarily performs music for toddlers and young kids. They are so successful that they have their own shows on international television, and have even appeared on the Disney Channel in the early 2000s.

Although college-aged students are not exactly the target demographic of this music group, that absolutely did not stop me from wanting to see them live with my own two eyes.

The entire concert lasted for about one hour and 30 minutes, which was a bit short but it makes sense due to the audience demographic; the audience mostly consisted of young children and their parents.

I really loved how interactive the performers were with the audience, and how positive the atmosphere felt.

About a quarter of the way in, most of the group performed some really sick instrumental solos on guitar, bass, keyboard and drums that caught me by surprise. And let’s not forget about their great vocals! The Wiggles let out some ear-pleasing vocals that were soothing for some songs, and masterfully strong for other parts.

My favorite song performed at the concert has to be their most popular song, “Fruit Salad,” which was first performed on TV in 1993.

It’s a great, catchy song with some simple lyrics about literally preparing fruit salad that I find to be humorous.

You bet I had memorized the lyrics to this song years ago, waiting for this sacred moment to sing along in the same room as The Wiggles.

A small issue about the whole experience was how there was usually a few toddlers crying somewhere in the audience throughout the entire show, but that’s to be expected with a large gathering of kids.

It was also sad that some of the original members of The Wiggles were not performing, but it was expected since they quit years ago.

To be honest, I haven’t told anyone I know about my attendance here due to the potential embarrassment of doing so, but I don’t mind if strangers know. -Johnny Nguyen

What are some of your favorite concert memories? Share in the comments below, and be sure to tune in to 90.5 FM or stream us online for new tunes and ticket giveaways!