On November 17, Deafheaven and DIIV delighted the audience of the Santa Cruz Catalyst Club. Stevie S Diesel from the Subversive Rock department was in attendance — read his review and check out his photos below! 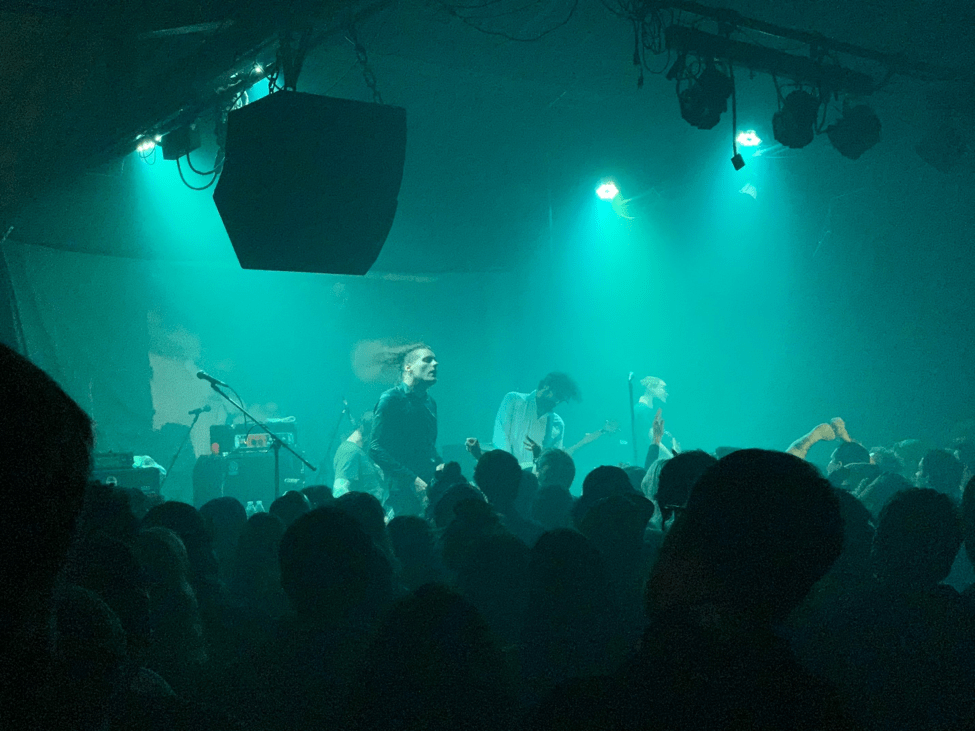 The venue may have been small, but the bands all provided larger than life performances in the Atrium of Santa Cruz’s own Catalyst Club.

First on the bill was Chastity. While I did not catch the majority of their performance, from what I saw, they were sick. Their barebones, punchy sound provided a solid, blood pumping opening set to get the crowd going for the night.

After Chastity, DIIV took the stage. Right out of the gates, you could tell DIIV was there to have a fun time. They briefly greeted the crowd and opened the set with their hit song “Under the Sun” off their 2016 album Is the Is Are.

Their set was performed amazingly. I had doubts about the intensity in which their music would translate to a live performance, but man was I wrong. The reverb-soaked guitars, along with the floor rumbling bass and soothing, drone-like vocals seamlessly fused together to create an entrancing ambience that embraced the audience with sound. I often found myself eyes closed, head nodding, and just soaking up all of the beautiful noise blaring from the Atrium’s PA system.

DIIV played a good variety of tunes showing great diversity in the atmosphere that their music is able to create. They even treated the audience to a few new songs in the works for their upcoming album. Overall, DIIV provided a very fun, sonically invigorating experience for the Santa Cruz crowd that night. 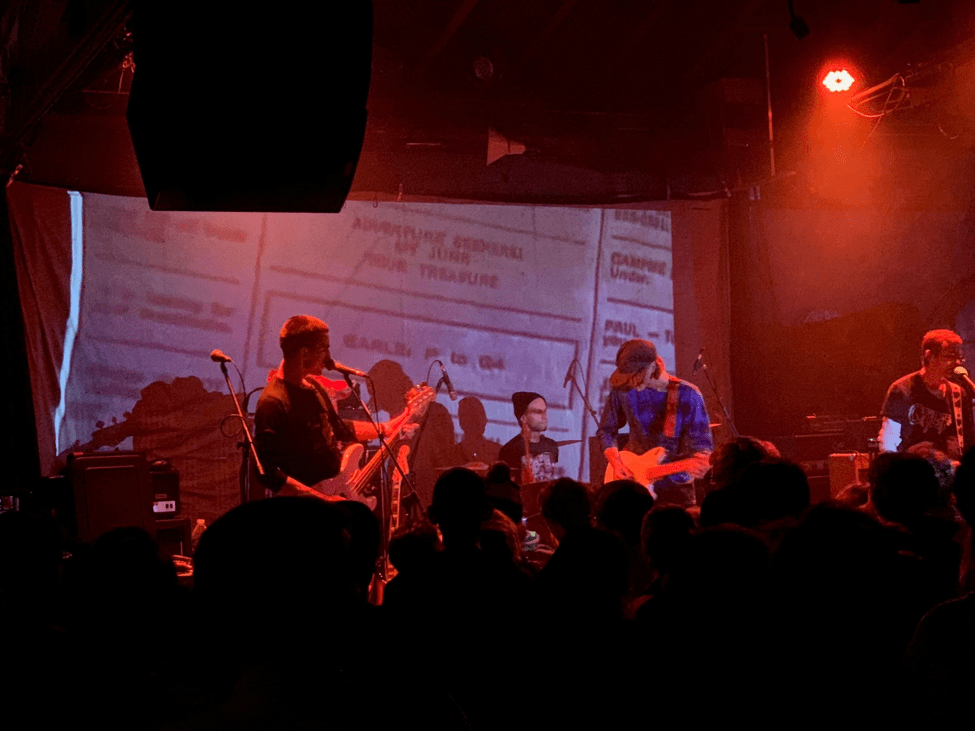 After a brief set up period, it was finally time for Deafheaven. The lights dimmed as the band took the stage, and the crowd cheered for the final act of the night. Frontman George Clarke took the stage, planted his foot up on his monitors, and motioned to the audience to make some noise, to which we happily obliged as the band blasted into their first song, “Honeycomb.”

Right off the bat, I was struck by the immensity of their live sound. Like, DIIV, the sound swallowed the audience whole with its sheer volume, but with Deafheaven’s emphasis on distortion and chaos, it conjured a much warmer, heavier and tumultuous sound. The blaring guitars were doused with a high gain, mid-range distortion as the bass guitar growled ominously below it. The fast-paced, unrelenting drum parts were performed impeccably by drummer Daniel Tracy.

But what really stood out to me was Clarke’s performance. Going into the show I had no idea what to expect. It was the band’s last of 50 shows on the current tour cycle which I imagined would take its toll on the voice of a man who screams for a living. 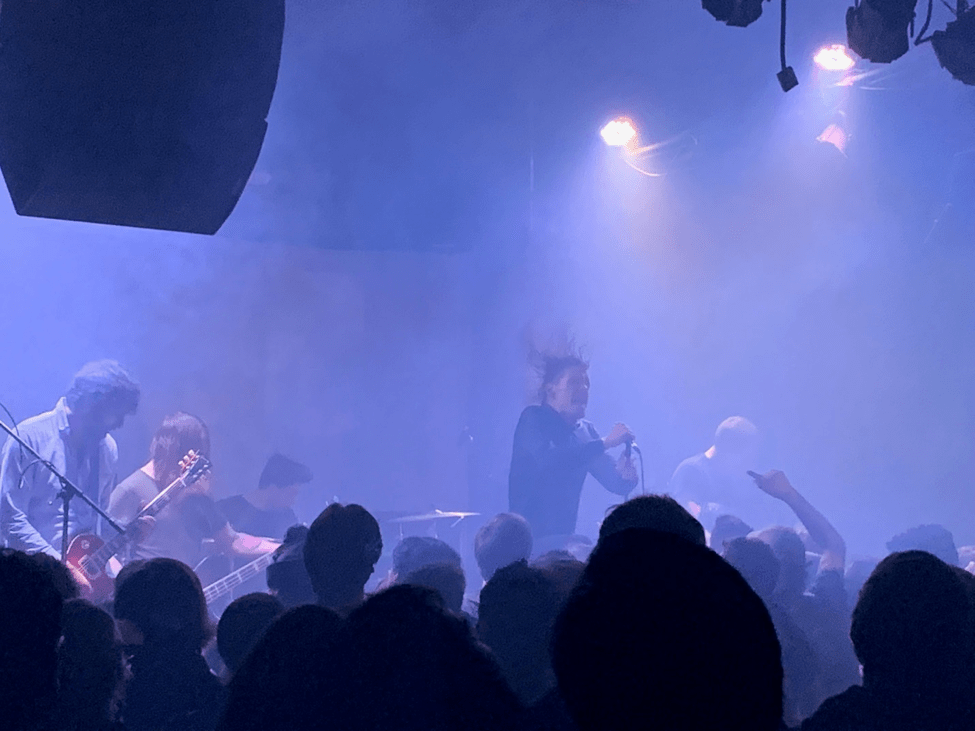 You could’ve fooled me into thinking it was the first show of the tour because Clarke’s ear shattering screeches and pure showmanship were nothing short of flawless. He far exceeded the expectations that were set by the band’s studio recordings as he delivered one of the most passionate performances I have ever seen, dancing and banging his head to music as well as locking eyes and touching hands with audience members.

The band’s set consisted of seven songs, majority of which were from their new album Ordinary Corrupt Human Love, but they provided the longer standing fans with a few older tracks as well. The band as a whole delivered an incredibly solid, tight performance, each individually executing their parts with passion and vigor which, in turn, really translated to the overall climate of the show. They cranked the PA system a little louder as they fittingly ended their set with the hauntingly beautiful “Dream House.”

In retrospect, I can truthfully say that the night was one to remember as all three acts on the marquee that night brought the house down with three incredibly genuine and human performances. Please go see these bands next time they’re on tour! -Stephen Oneto

Looking for more bands to satiate your thirst of rock? Check out our schedule and tune in to our Subversive Rock shows on 90.5 FM or by streaming us online!