What does ice cream and basketball have to do with one another? To most it would seem very little, but here at KSJS we found a fun way to enjoin the two! Using San Jose State’s basketball game and an ice cream party as a proxy for internal social engagement, KSJS held a “Hoops and Scoops” gathering for the students. 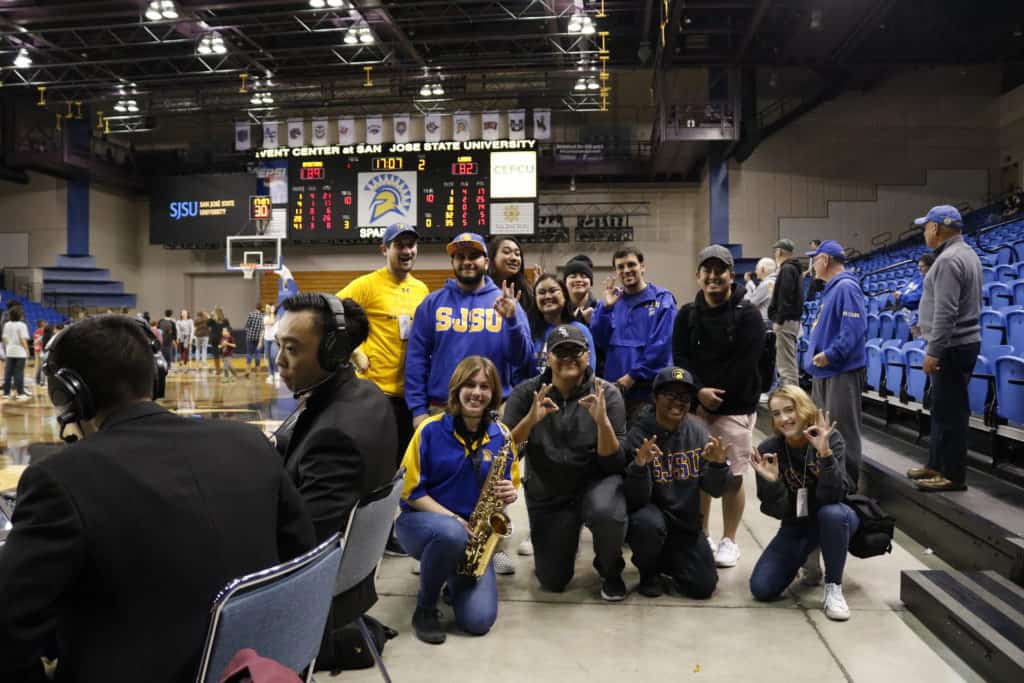 The evening began in our very own lounge, with students ducking out of the cold weather to enjoy some frozen treats. With choices of chocolate or vanilla ice cream, and berry or mango sorbet to mix with soda (or not), the mood was jovial. The soundtrack was provided by KSJS’s very own DJ Llama, as a cavalcade of conversations carried on in the lounge from both old and new station members. Our fun was short-lived, but not over as the group would migrate to The Event Center to see the Spartans take on the University of New Mexico Lobos. 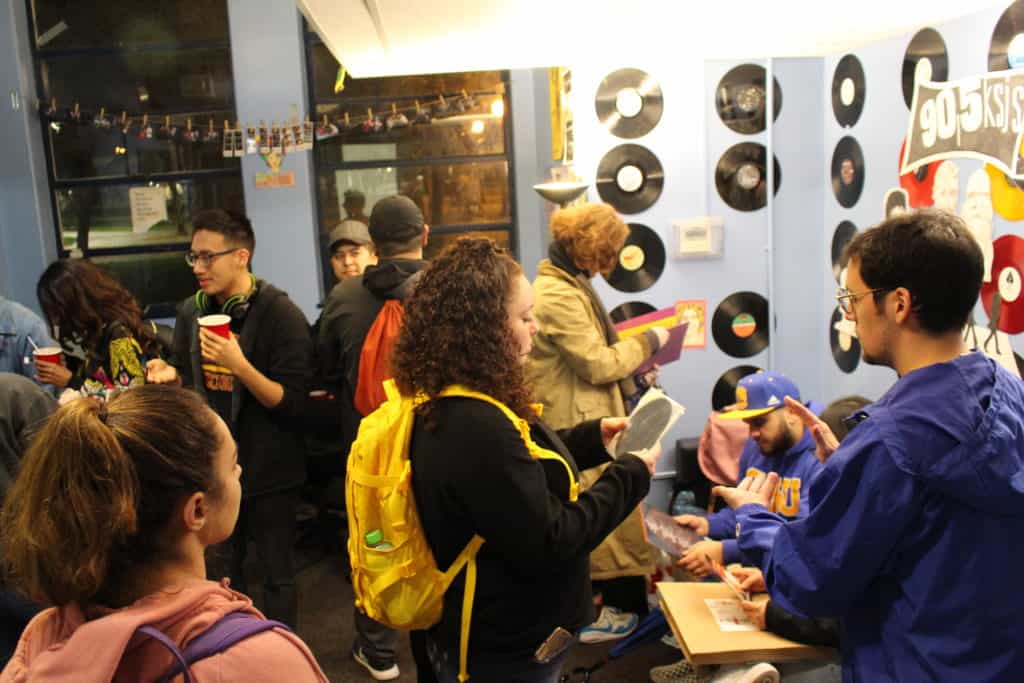 To say it was a fast paced game would be an understatement. As a compliment to watching the game, everyone had a basketball bingo card, and with said pace, most had a “bingo” claimed midway through the first half. Coming into that game versus the Lobos, SJSU had lost 14 straight in conference play but held the lead as the halftime buzzer sounded.

Hopes were cautious for the second half in the KSJS group, as most were familiar with the rough season the men’s basketball program was having. In the game the Spartans featured a marksman from behind the arc and monster in the middle that would carry the squad, another player may have left a bigger mark. With just under five minutes to play the double digit lead was far from safe, but Brae Ivey left it all on the line to help clinch the contest. 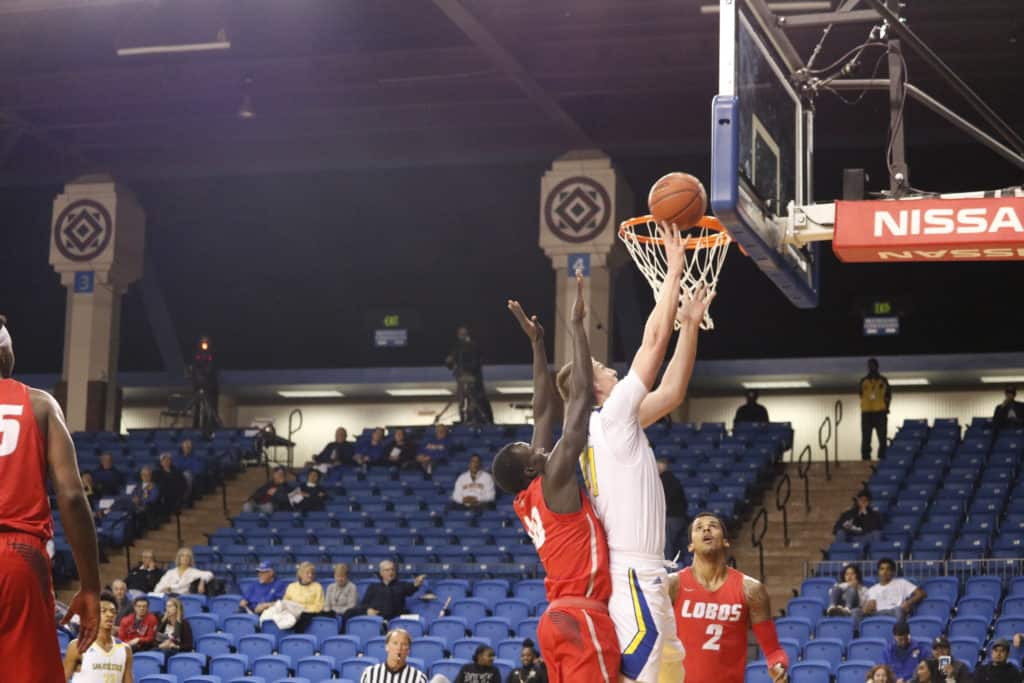 To most a blocking foul is not noteworthy, but Ivey stood beneath the basket as a Lobo player (who had several inches and more then a few pounds on Ivey) leapt to slam the ball in the hoop. Our group along with most in the crowd may have been electrified by such a dunk, but Ivey’s attempt to stop the basket was successful. The Spartans were able to hold on and win their first conference game of the season, much to the delight of the players, coaching staff and of course all of us from KSJS too. 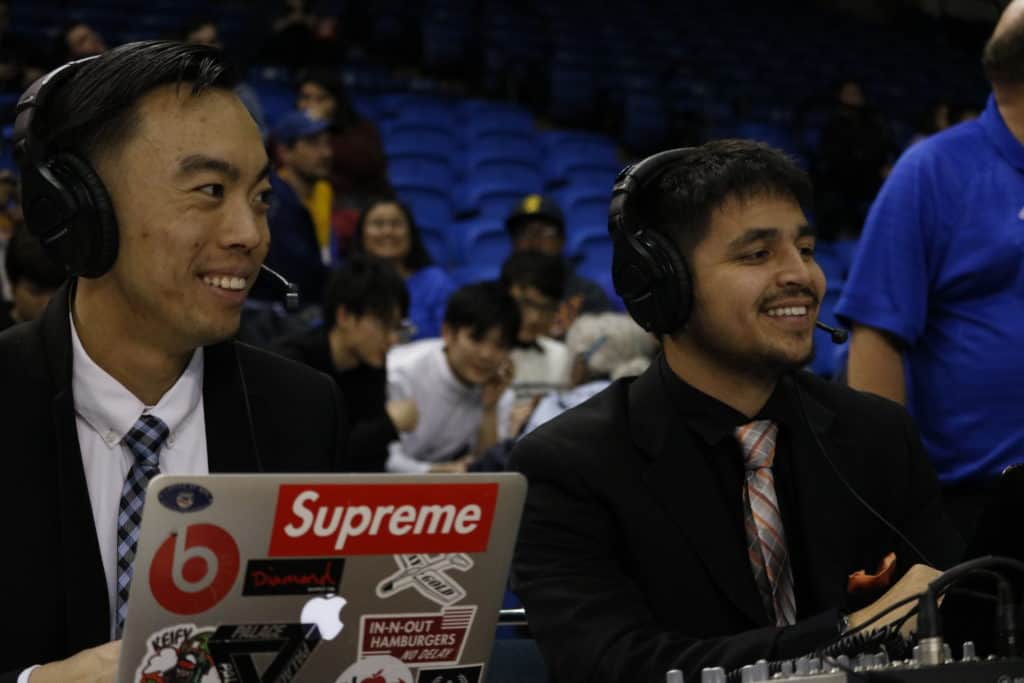 Maybe none of us were ready for the rain that awaited us as we exited the gym, but the mood was certainly jovial as our stomachs were full of ice cream and our hearts happy after a win. -Lewis Geist

KSJS is a family. Here’s why you should join if you’re a Spartan. And you can tune in to the station at 90.5 FM or online!