Good music, good vibes, lasers, and killer 3D visuals. The Chemical Brothers ticked off all electronic music concert-goers’ boxes. While thousands were gathering in Las Vegas for EDC, I was able to get a slice of the old school rave experience at home in the Bay Area. 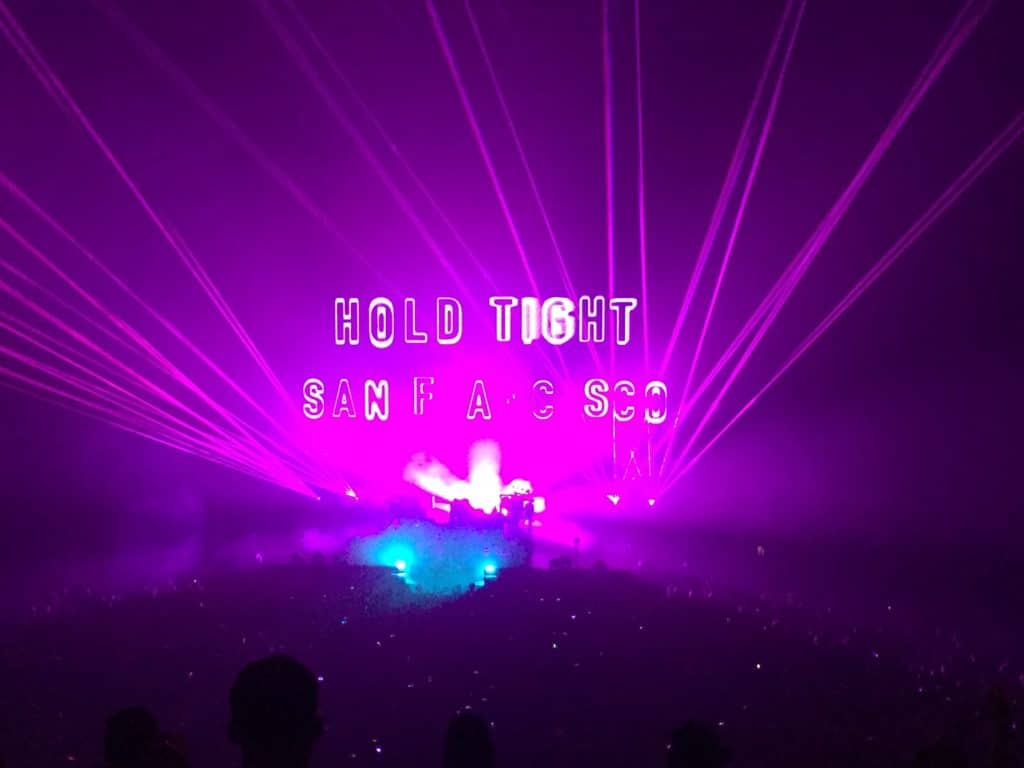 The Chemical Brothers hosted an electrifying sold out show at the Bill Graham Civic Auditorium in San Francisco on Friday, May 17th.

Hailing from Manchester, England, The Chemical Brothers consisting of Tom Rowlands and Ed Simons (they’re not actual brothers) have been in the Electronic music game for much longer than many of the other Electronic or EDM artists that are popular today. This was reflected in the crowd, which was mostly older, mature and more grown-up, compared to the average EDM concert or festival which is mostly made up of barely legal college-aged students. The Chemical Brothers (along with Fatboy Slim, The Crystal Method, and The Prodigy) can be credited to the rise of the big beat genre which draws influence from hip hop, house, electronica and techno and fuses them all together. This style of music was popular during the 90s, then it eventually faded out into history, but the Chemical Brothers have kept it alive for all these years for those who reminisce. 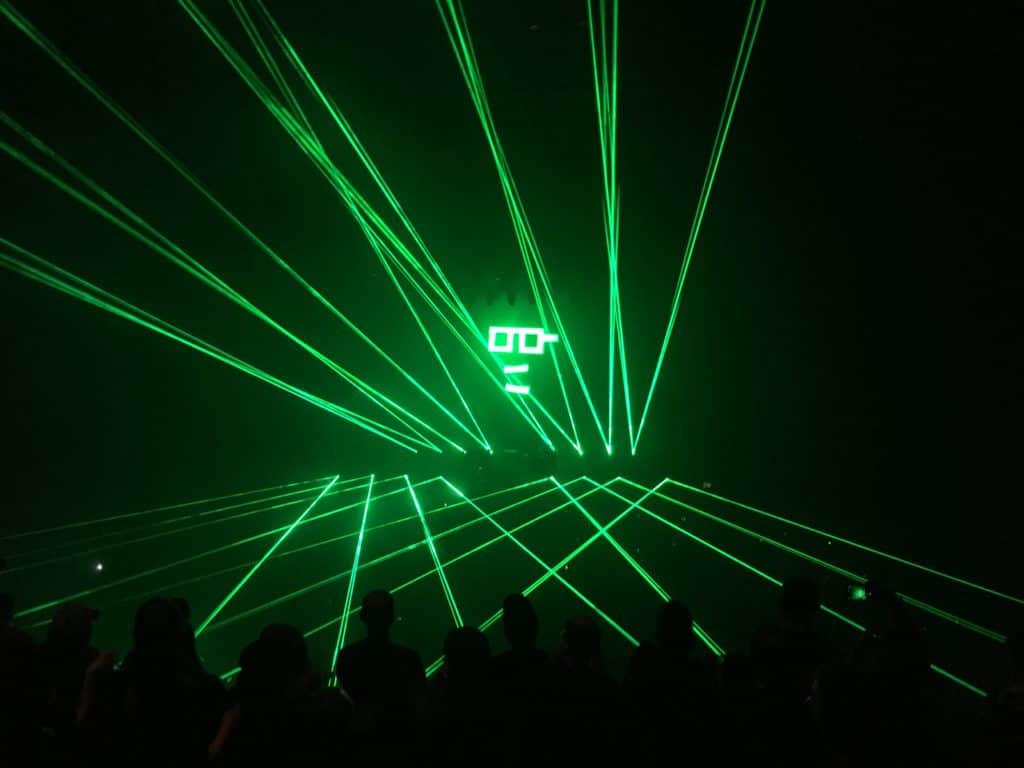 Having experienced Bill Graham Civic Auditorium for Kaskade’s NYE from the ground floor before, I was told that going upstairs to get a better view of the visual effects is a completely different experience. Since I was with the crowd staring up at the lasers during Kaskade’s NYE set, this time I decided to give the 2nd floor balcony a chance. Simply put, I was not disappointed. The audio quality was still crispy clear, I could still feel the bass in my chest. The view was unobstructed and there were places to sit upstairs for those of you whose legs get tired from dancing.

DJ The Black Madonna opened for the Chemical Brothers, but in between looking for parking in densely packed San Francisco and grabbing a bite, I had completely missed her set.

The audio-visual experience of this concert was surreal. Lots of planning, creativity, effort and money went into the visual effects and how it was synchronized with the music. Along with the lasers, there was a giant screen in which characters would appear and shine bright lights at you. Pictures and words simply can’t do it justice. One would have to be there to get the full immersive experience. – PRT 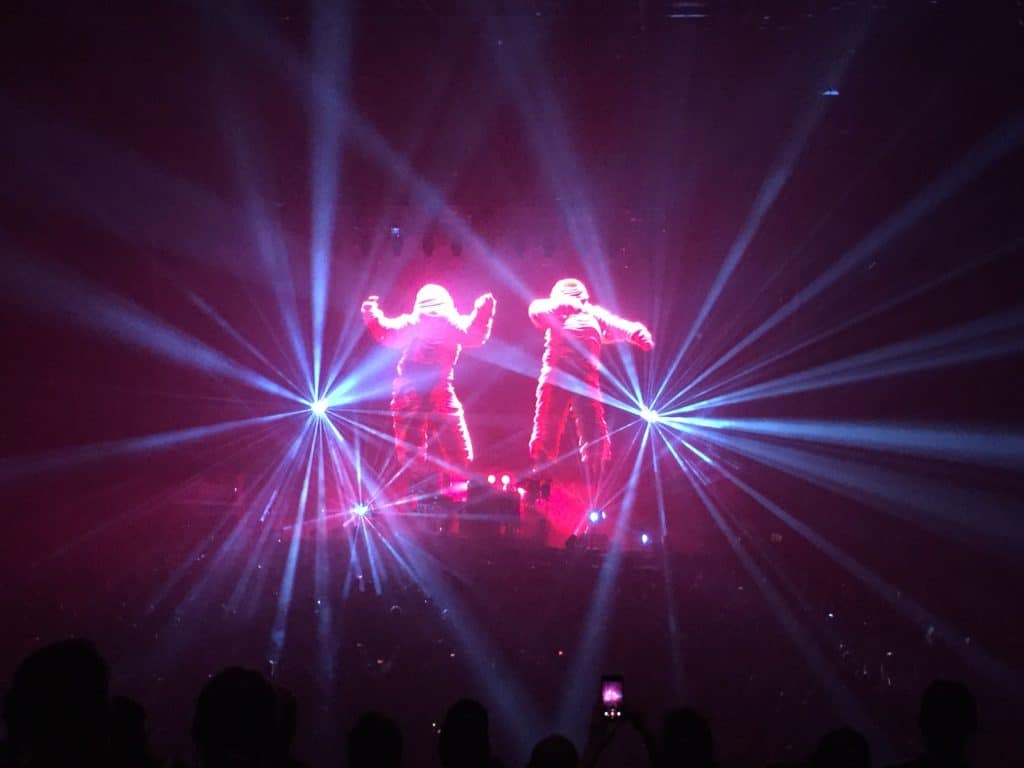 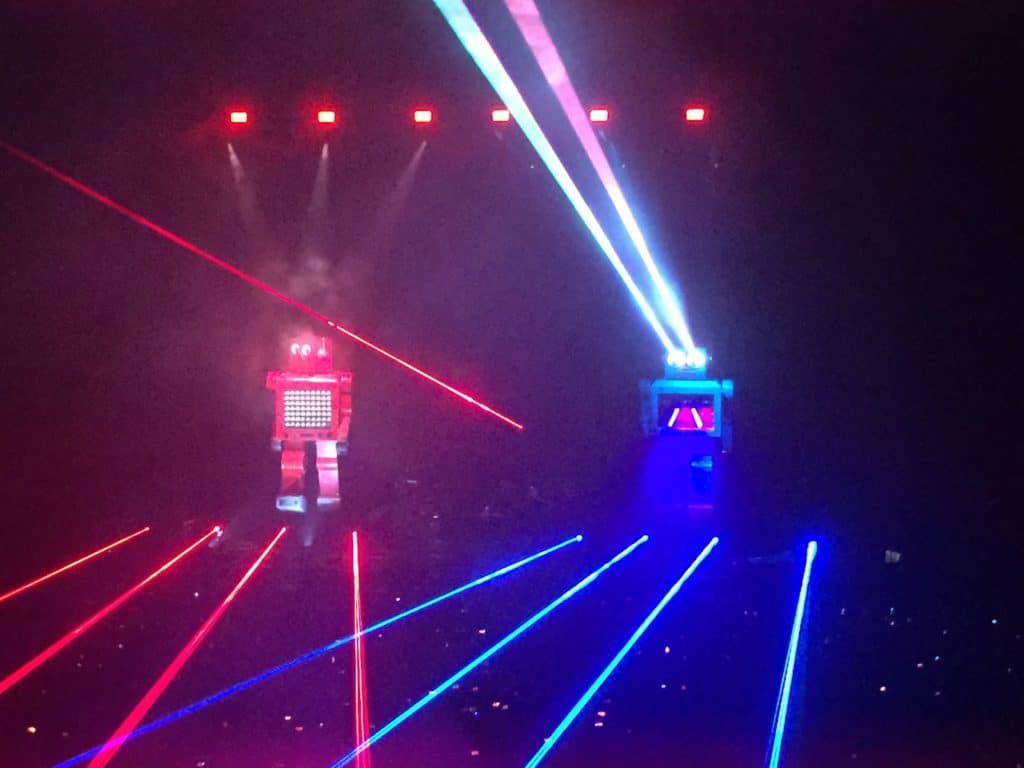 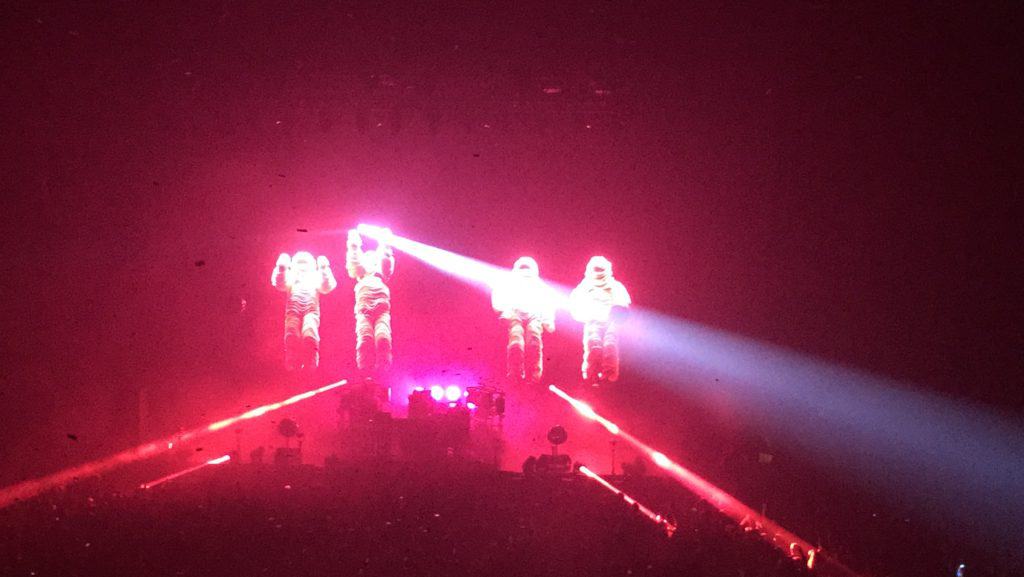 Looking for more updates on the Electronic scene? Tune in to KSJS at 90.5 FM or stream us online!