KSJS has been around for a long time — since 1963. That’s definitely long enough for us to have a long list of KSJS alumni.

We recently got in contact with a few. Here’s what they had to say about their lives and times at KSJS, and why they think students should join San Jose State’s student-run radio station.

Joe Hawk was part of KSJS from 2008 to 2011. His show was called “The Morning Mosh Pit.” He worked with the Subversive Rock and Promotions departments. “I learned that hard work and dedication make your dreams come true,” he said. “KSJS helped me find my voice and discover who I am and helped me find my creativity.” He now works for 107.7 The Bone. He fills in on air, runs the sound board for the 49ers games, and hosts the Bone’s Beer podcast “BONE-A-Fide Brews.”

He says, “Be persistent, if you have a dream don’t give up on it. KSJS was one of the best times in my life, you’re going to make lifelong friends and have so much fun.” 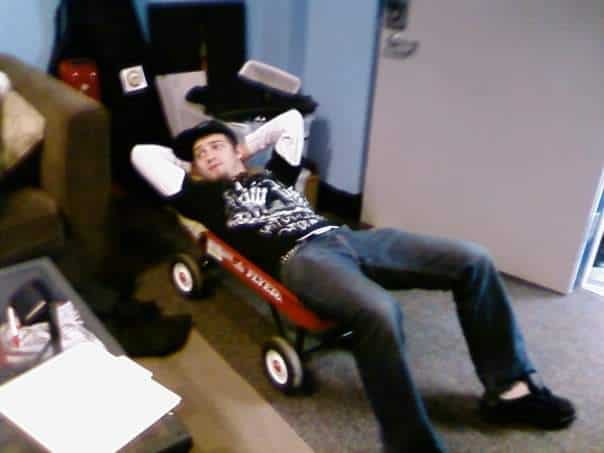 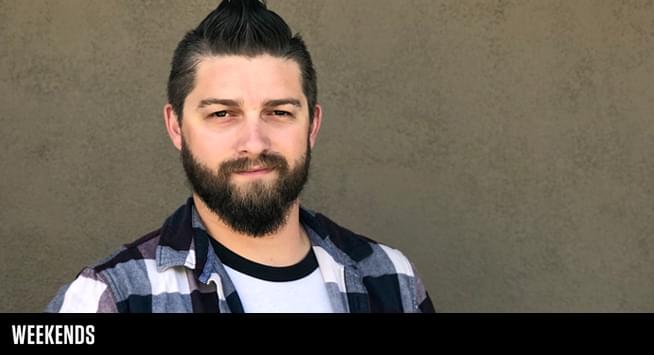 Lupita aka La Coqueta was part of KSJS from 2008 to 2011. Her show was called “Rockenado.” She worked with the Promotions department but spent most of her time with the Alternativo department, which she eventually became the director of.

“I learned a lot about the radio industry at KSJS. Hosting and working events, how to be a DJ, learned about the music genres, the technical stuff such as doing the editing for the promos. But most importantly I learned about people. I made the best of friends and thanks to KSJS I had the best college years,” she said. “I would tell everyone at SJSU to please join KSJS. It is a lot of fun, you learn but most importantly, the connections with people will be the most rewarding part of it.”

After graduating, she moved to New York City to get her Masters. She worked as a television reporter, and in public relations, radio promotions and media buying. She recently became a mom to her son Dax, and she blogs about being a new mom here.

“Thank you to everyone at KSJS who supported me not only on campus but off campus. A lot of my KSJS’ers attended my wedding! I cherish those memories and it’s amazing that after all these years we are able to connect. Thank you to KSJS for having an impact on my personal life and for opening doors and becoming a great point of reference.” 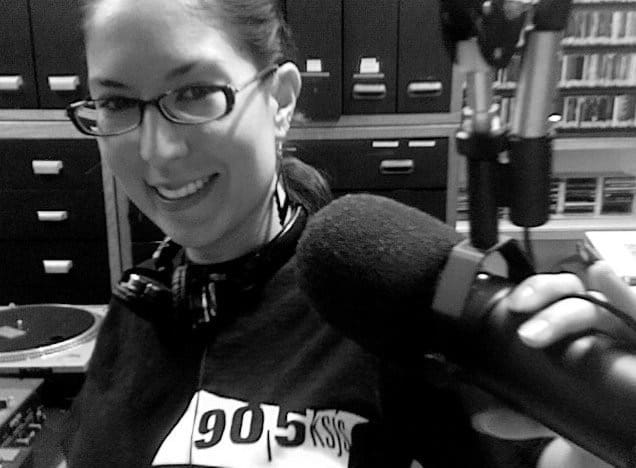 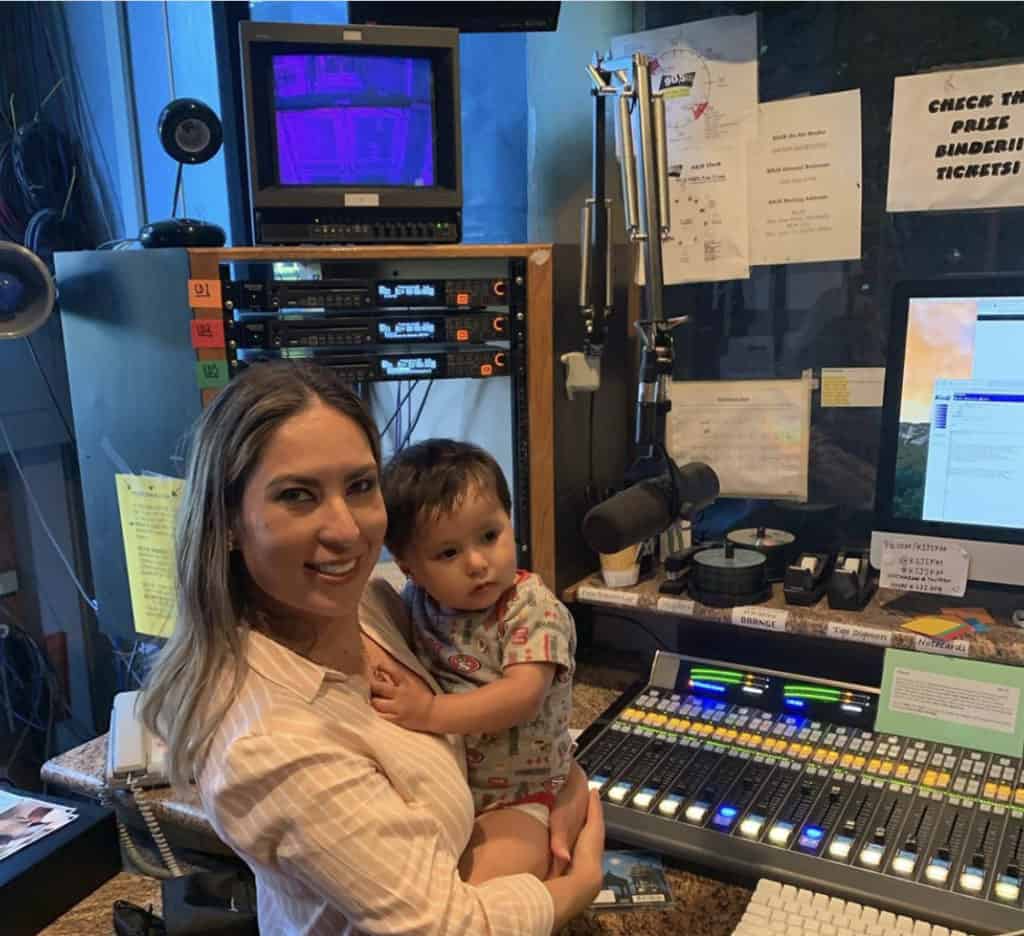 Nicole Woodson (aka DJ Nonny) was involved at KSJS from around 2004 to 2006. Her show was called “The House of Chaos.” She was the Production manager, and was also a part of the Sub Rock and Promotions departments.

When asked about what she learned at KSJS, she said, “KSJS taught me the bare essentials of radio’s technical operations, automation, traffic, production. How to keep the station running and, more importantly, how to keep us FCC Compliant. Let me tell you… if you take nothing else from KSJS, take with you the essentials of keeping the signal on, the sound crispy, and the government paperwork in order. I was hired because of these skills that I began working on with KSJS and then, later on, refined at other stations.”

DJ Nonny has managed a Fresno-Central Valley radio station, worked at 94.5 KBAY and Mix 106.5, and is now the Creative Director/Research and Sales Assistant for 95.3 KRTY. She advises, “Learn… Hone your skills… Make good radio! And no matter what anyone tells you… Radio is not dying and will be here long after we’re gone.”

Anastasiya Rakova (aka DJ Anya) was a part of KSJS from 2011 to 2015. Her show was called, “The Russian Roulette.” She was part of the Sub Rock and Electronic departments, and also spent time with the Promotions, Social Media, Production and Office departments.

When asked about what she learned at KSJS, she said “KSJS taught me about community, friendship and teamwork. I’ve made friends here some of which have been there from the beginning and I’m still friends with them now. It’s a fantastic way to network, and if you’re a music enthusiast like me, it’s a great honor to be part of this team – why wouldn’t you join?”

For any one who is thinking about KSJS, DJ Anya said “For me it was a quick decision to join KSJS. Of course, I would say if music is life, and especially if you’re passionate about promoting the local music scene (as I was), it is a no brainer. But if you’re on the fence about joining, consider the networking, leadership, and really fun opportunities that come with being part of a station that, ultimately, you as a student help keep running 24/7. And it’s not just about music – we have sports, promotions, production and social media.” DJ Anya still fills in at the station now and again and is currently working at a Japanese hair salon.

“I can firmly say that of my five years at State, KSJS was the best decision of my college career.” 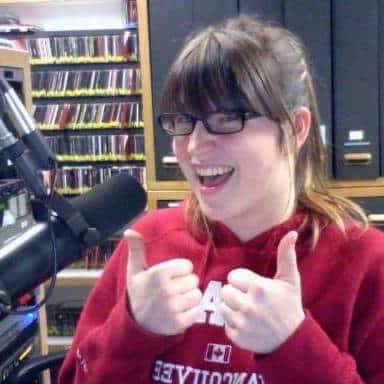 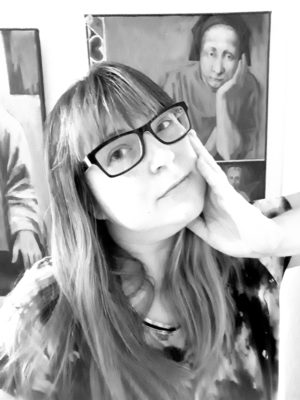 When asked about what he learned at KSJS, he said “The lessons I learned at KSJS were invaluable. I learned to get out of my comfort zone and work with others. Up to that point I was all about doing my own thing. I learned about teamwork, how to pitch ideas, responsibility, and how to supervise others. All these things have come into play during my career now and will in the future as well.”

As for people thinking about joining KSJS, Brad said, “DO IT! Don’t think twice… just jump in. I always look back at my time at KSJS fondly. If I could go back there and do a show weekly I would in a heartbeat. You will learn some very valuable lessons and make friends for life with other KSJS’ers.”

Brad is now a Department Systems Specialist for the Washoe County District Attorney’s Office in Reno, Nevada. His duties and responsibilities include editing digital evidence to be presented to the jury for criminal trials, conducting basic IT work, and purchasing and maintaining audio/video equipment to be used in trial.

Convinced you want to join KSJS? Head over to one.sjsu.edu to register for RTVF 121 and RTVF 21!