Coming to you this Saturday at 7:30 pm, our San Jose State Spartans (3-0) will take on the University of Nevada, Las Vegas Rebels (0-3) at CEFCU Stadium. The Spartans enter this game hot off of three straight wins, with the most recent coming against San Diego State in a 28-17 win last Friday. 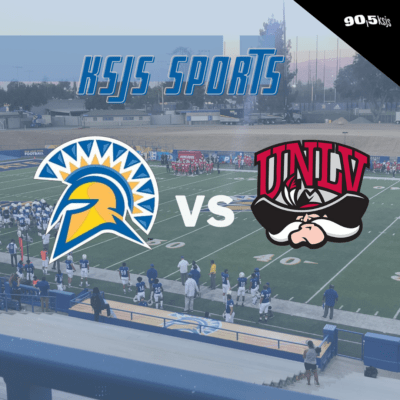 The Spartans offense was led by backup QB Nick Nash after our starter Nick Starkel went down with an injury in the first offensive series. Nash had an outstanding game off the bench, throwing for 169 yards with 2 touchdown passes and 1 interception (he also added 53 yards rushing with 1 TD on the ground). Spartan WR Bailey Gaither and TE Derrick Deese Jr. each caught a touchdown pass, while RB Tyler Nevens added another score with a 3 yard run. The Spartans offense is now averaging 27.7 points per game and 390.3 yards per game.

The Spartans defense was led by ILB Kyle Harmon once more, who for the third straight game recorded 14 tackles, while also leading the team with tackles for loss with 3 in total this season. Sophomore Safety Tre Jenkins had an incredible game, winning the Mountain West Defensive Player of the Week award with 9 tackles, 1 sack, 1 forced fumble, and 1 interception against SDSU. Jenkins on the year has been involved in multiple turnovers, with a fumble recovery against Air Force, an interception against New Mexico, and his forced fumble and interception against San Diego State. The Spartans defense is now allowing a mere 14.7 points per game, with 367.7 yards allowed.

The Spartans are looking to avenge last year’s loss to the Rebels, which ended in a shootout 35-38. The game went down to the wire, with the Rebels securing the win on a last second interception in the endzone. That interception was 1 of 5 turnovers for the Spartans in that game, which was certainly in their grasp. The Spartans have the advantage in this game, in almost every statistical category (scoring and defensive), and are being projected to win handily against the struggling Rebels.

KSJS will have live coverage of the game with Broadcasters Aikman Fang and Derrick Ow on the call. As always, you can listen to us at 90.5 FM and online at KSJS.org/listen. Go Spartans!!!