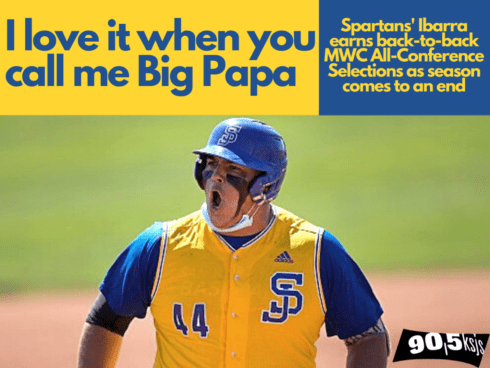 As rumblings of the pandemic ending this summer, the Spartans quietly ended their season with a 2-12 loss to Nevada, their 17th in a row. A month-long delay to starting the season, numerous injuries to key rotation players, and a shortened season ending with a dismal 6-30 record were among some of the lows that this team had to endure. But endure they did.

In a season filled with adversity, the Spartans responded with a strong cultural renaissance that we should expect to see translate onto the field next season. “Our mindset through the entire year was ‘let’s go prove somebody wrong.’ Although our record didn’t reflect that, we played pretty well against almost every team in our conference,” said Jonathan Clark, who won MWC Pitcher of the Week honors for the week of May 3rd. “Nevada made a regional, SDSU was double-over .500, we played really good teams and held our own which is what we expect of ourselves,” he added.

San Jose State’s season should not be defined by their late start or their numerous injuries, but it did play a large factor into how the team performed down the stretch of the season. “We had a lot of freshmen playing in those big roles, starting in the infield, starting in the outfield, we had freshmen playing everywhere,” remarked center fielder Jack Colette. Colette also noted that many of the injuries sustained by his teammates were from throwing, either arm or shoulder injuries sidelined a good chunk of the team. “The root of that was probably that month or so we missed at the start of the year, because we missed practices as well as games with that,” he added.

That doesn’t mean that the 2021 season was a complete wash for the Spartans. 1st baseman Ruben Ibarra racked up 14 home runs on just 113 at bats, good for 2nd most in the entire Mountain West Conference. “Those kinds of guys set the tone for the team, it’s incredible to watch them day-in and day-out,” said his teammate, Nik Trapani.

Along with his homers, Ibarra ended the season ranked 9th in the MWC in batting average (.381), 2nd in slugging percentage (.850), and 2nd in on-base percentage. Keep in mind that he accomplished these feats with 15 fewer games than any other team, and his 113 at bats ranked 39th in the MWC. These impressive numbers added up to one big award, a spot on the Mountain West All-Conference 2nd team, his second All-Conference selection in as many years.

When asked about his plans moving forward, Ruben said “From the talks that I’ve been having inside the baseball world, it’s looking like a good possibility that I could go [pro], but I’m not setting my heart and desire just right now. But if the opportunity presents itself I would like to take it.” When asked if he was able to say specifically which teams he’s been talking to, Ibarra said, “I don’t want to put anything out there and then have another team come sweep me up.”

I took the opportunity to ask him what helped him get to this point, to which he answered, “I’d like to thank my coaches, my teammates, and my family for giving me the opportunity and the blessings that have come my way so far and the blessings that will come and just letting me be me. Not wanting me to change a whole lot but just letting me radiate my energy to be a better person.” Radiate away Ruben! And remember that Spartan pride with you as you go.

As the Spartans prepare for next season, one could expect that they might not be looking forward to a team without Ibarra. But Nik Trapani had his own take. “It was great because we started to really set a culture for the team. A lot of young guys got to play and experience college baseball, despite everything I’m still really excited for next year,” he said. “Don’t be surprised if we surprise some people.”