As a person who is generally not used to seeing artists in smaller venues like clubs and so forth, seeing TOKiMONSTA as Public Works in San Francisco is a must for anyone interested in wanting to explore more music in the world. If you are someone who likes to go out to clubs and parties or just any bar in general, I think seeing a show like this is for you. Already being in the city of San Francisco, this show had so much culture and so many genres of openers and people in the crowd. 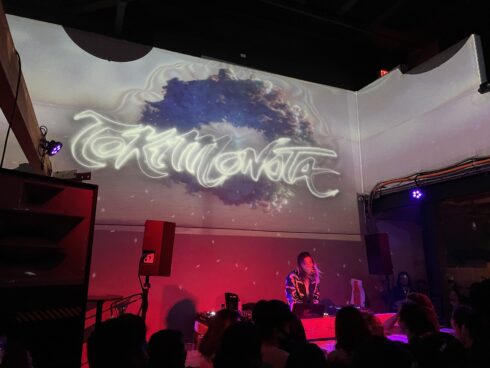 This was a 21+ show, but for the most part, I did see a lot of millennials, more so in the late 20s and early to mid 30s. I did see a few older individuals, but that honestly is a vibe. TOKiMONSTA herself just came back from a show with Diplo that same night, and I honestly thought she would be a little tired, but she did exceed my expectations by bringing the most energy I’ve seen for a club. Though she did start off with some very soft, but very great vibey music, she slowly brought the energy up with a lot of house.

This venue was new to me as well, I’ve never been there in my life, and it was sick just to see that there is more to concert-going than just being at a huge venue. There were people shuffling, getting groovy, pushing to get closer, all things that I didn’t expect to see from a show at a small venue, all things however that I was too able to be a part of and have a lit time. I actually did get a drink for myself but as soon as I turned around someone accidentally knocked it over. The guy was cool though and still bought me a drink and we actually had a cool conversation about electronic music/raves as well, really cool guy. Honestly I did not think people of the rave community would be at something like that as well and it was great seeing that there were people there interested in the music just as much as I was. With an upstairs balcony and another bar, this venue also met my requirements of what would have a great show. From standing at the balcony, it was so cool seeing everyone on the floor just vibing with the music as well. These venues are where careers begin. I think one of the coolest things about her show in general was her remix of “Red light, Green light” from Squid game, literally the most fire edit of the show. Never did I ever think that anyone would make an edit like that. If I must mention graphics and lighting as well too, I’d say it was different from what I am personally used to, but still met my expectations. 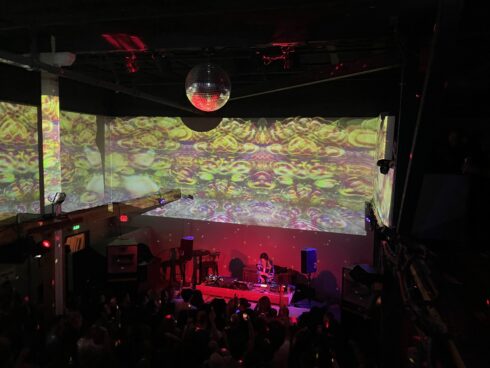 I think the coolest part about Public Works’ setup was that there were projectors on all the walls facing the talent, projecting visuals ranging from cherry blossoms to acid/psychedelic swirls. There were also a decent amount of RGB spotlights and strobes too which made the experience all way too great. Overall, I would definitely recommend seeing TOKiMONSTA and going out to anything happening in the city because you will definitely find joy in being surprised in what you might find.