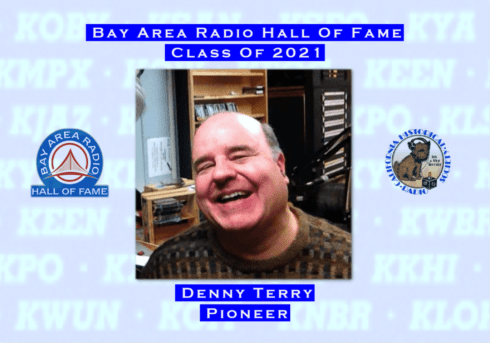 I interviewed the newest member of the Bay Area Radio Hall of Fame, Dennis “Terry” Teresi and asked him about his trailblazing experiences in radio. On September 24 of 2021, Dennis Terry was officially inducted in the 2021 Bay Area Radio Hall of Fame class. Although he didn’t have a written speech to give, he still had many words and stories to share with the peers he celebrated with.  As we had dinner together, we kept updated on the Giants game on Wednesday evening with the help of Dennis having the habit of having a small radio in the pocket of his shirt to listen to sports games.  He told me about his phreaking days, him being a “phone freak” and being able to get some of the games’ audio through the phone.  With his sweet talking social engineering skills, Teresi was able to obtain a loop circuit in order to loop the audio to his own landline. Besides being a faucet of information, I learned about all the different radio stations and people that have been by Teresi’s side since the early 80s.  Although spending the majority of his time at KSJS, Teresi has also been a disc jockey at KNRY in Monterey Bay. As we continued to talk about technology on the radio, he reminded me that the use of records was in play most of his career.  He even recalls one moment in his career when he fell asleep in the studio late at night, only to be woken up to the sound of the record skipping. Luckily, his director at the time, Les knew all too well of overnight shows and pulling doubles in the studio. 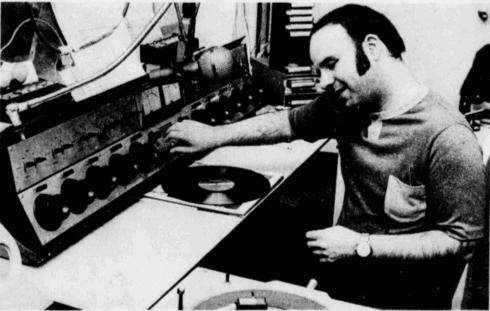 Being a part of the KSJS station since nearly “the beginning,” Dennis Terry still surprises us with phone calls while some of us are in the studio. Although we can’t loop him into a baseball game, Dennis Terry is still able to sweet talk some information out of us about ourselves and who we are over the phone. Not only is Dennis Terry a pioneer in the social engineering of the telephone companies and connectivity, he has also helped be a voice and friend to many radio stations in the Bay Area.

We thank and recognize Dennis “Terry” Teresi for all the help and advice that he’s given DJs and students at KSJS. Make sure to catch his show, Flashback Fridays on Fridays 11 am to 3 pm and bop your head to the oldies.