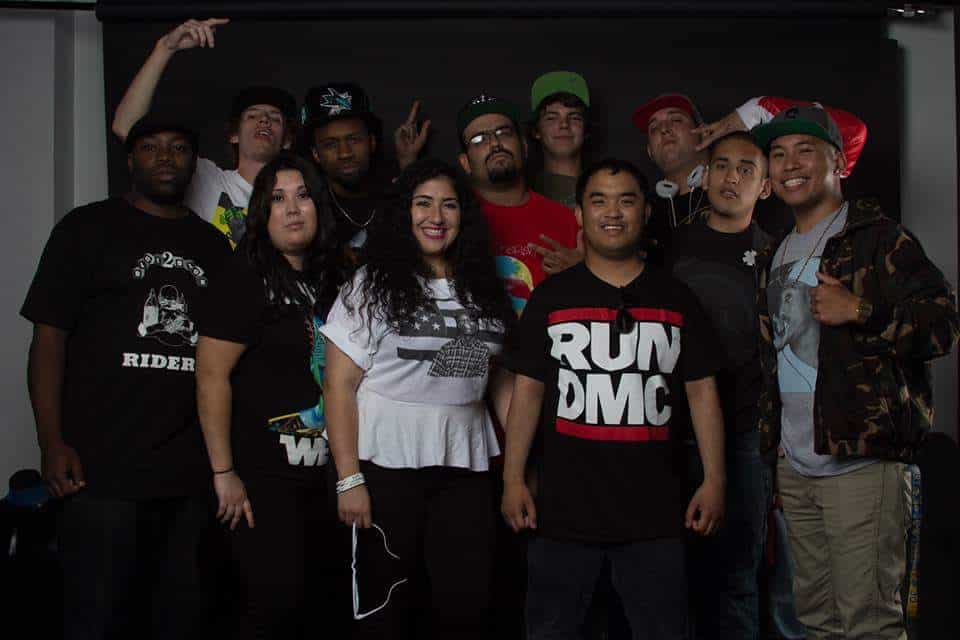 The KSJS Hip Hop Department holds a solid team of DJ’s and radio personalities. As Hip-Hop enthusiasts, they strive to provide the San Jose community [and beyond] with music that cannot be heard on mainstream radio, as they introduce and embrace music and artists that deserve more attention. In encouraging their listeners to broaden their musical frontier, the KSJS Urban Department does not narrowly support Hip-Hop but also provides radio spins for its sub-genres: RnB, Dub Step, Drum & Bass, Reggae, and Glitch. This team has also dedicated various endeavors in giving support to its San Jose (and its neighboring regions) community by organizing events to educate their fellow constituents with the Hip-Hop culture and to provide a platform for its local musical artists, producers, DJ’s, dancers, and graffiti artists to showcase their incredible talents.

In addition, the KSJS Urban Department has grown immensely and has been honored by being acknowledged by Hip-Hop legends such as Naughty By Nature, Pharaohe Monch, Phife Dawg of A Tribe Called Quest, Bone Thugs n’ Harmony, Afrika Bambaataa, and more. This group of passionate and dedicated DJ’s and radio personalities is committed to continue to grow and further educate, empower, and support its San Jose community [and beyond] while bringing underrepresented music to the forefront

*DISCLAIMER, THE INTERVIEWS BELOW INCLUDE PROFANITY DURING LIVE PERFORMANCE SEGMENTS. WE FEEL THESE INTERVIEWS ARE AN INTEGRAL PART OF OUR DEPARTMENT AND WANTED THEM TO BE SHARED WITH OUR AUDIENCE, SINCE THEY HAVE ALREADY APPEARED ON VARIOUS PROMINENT HIP-HOP SITES/BLOGS AND PUBLICATIONS. SO PLEASE PROCEED AT YOUR OWN DISCRETION.